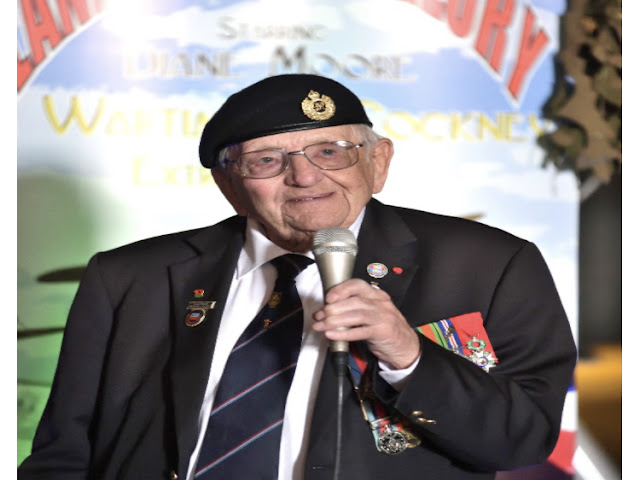 The Taxi Charity for Military Veterans sends every good wish to one of its very popular veterans Don Sheppard, who due to COVID-19 restrictions will be celebrating his 100th birthday in lockdown instead of being the guest of honour at a birthday party for 140 friends and family.
Don from Basildon was born in the village of Laindon in Essex on the 4th of May 1920. He lives with his wife of over 50 years Sandra and has three children, six grandchildren and four great grandchildren.
Don is a Freeman of the City of Basildon and was the Chairman of the Normandy Veterans Association  - Southend on Sea Borough for over 20 years 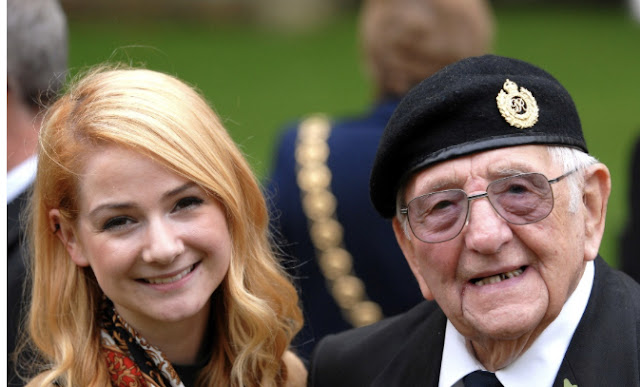 Don Sheppard with his Granddaughter Daisy
Jacqui Scott, Don’s eldest daughter, said, “As a family we would like to say how extraordinarily proud we are of Don. He is funny and quick witted if a little deaf! He always remembers to ask after each and every one of us and keeps track of school, college, university and work. He is quite simply the very heart of our family and we love him.”
Dick Goodwin, Vice President, The Taxi Charity for Military Veterans, said, “Don is a very popular member of the charity family and it is a real pleasure to spend time with this gregarious gentleman at the Taxi Charity’s annual summer visit to Worthing which he regularly attends.
The Taxi Charity committee, volunteer cabbies and veterans would like to wish Don a very happy birthday and we look forward to celebrating with him when the COVD-19 restrictions are lifted.”
Don Sheppard, says of his background, “Growing up in the 1920’s was tough. Dad was invalided out of his work in the London Docks and sadly passed away at the age of 46, from then on Mum was the bread winner until I left school at the age of fourteen and got a job with a local builder doing labouring work.
From then, I had various jobs and became a “Jack of all trades master of none.”
My final job before being conscripted into the Army was hairdressing, in one of the local barbers’ shops. Like most young guys I was called up for service in the forces during WWII and aged 20 I joined the Royal Engineers and was sent to Colchester Barracks for training.
I was then posted to 107 Field Company Royal Engineers and shipped out to North Africa, where my company joined the 51st Highland Division for landings in Sicily and finally we came back to Britain for D-Day. I landed on Juno Beach on 6 June 1944 with 151 Brigade Highland Division.”
Happy 100th birthday Don, and thank you for your service.

TAXI LEAKS EXTRA BIT
Happy Birthday Tom Schaffer 94 today.Thank you to all his neighbours for a surprise Street Party.Tom served in the Parachute Regiment during WW2 and was National Standard Bearer. 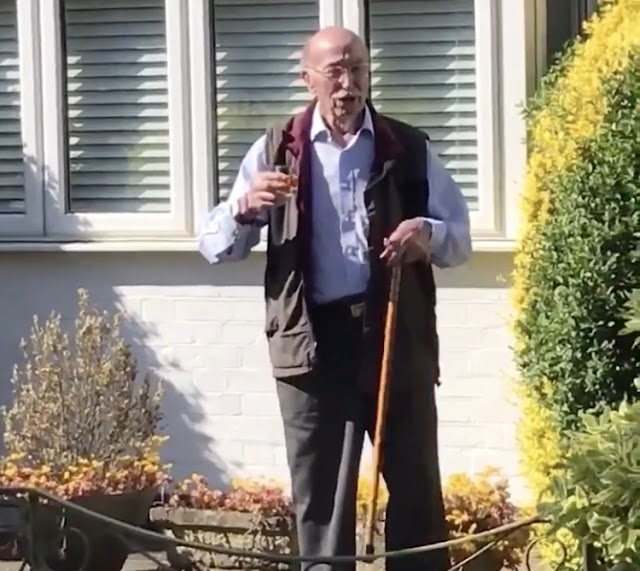 Tom has been a collector with the Taxicharity for many years and we deeply appreciate all his hard work.
Posted by Editorial at 9:21 PM No comments: 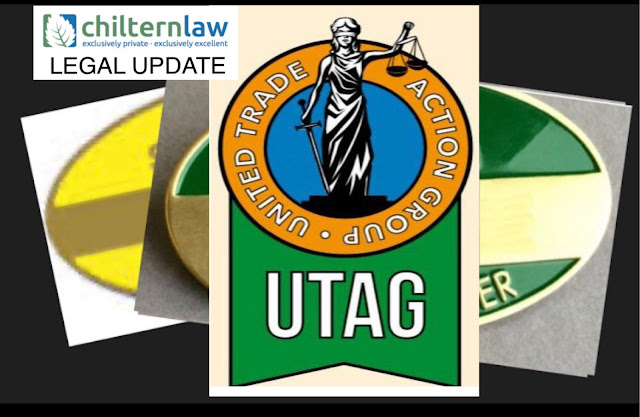 The raison d’être for the United Trade Action Group was and still is to hold Transport for London (TfL) to account for the damage caused to your trade by their laissez faire approach towards: protecting you, the two-tier system, plying for hire and consistent robust regulation of those operators flouting the law and regulations. Primarily, UTAG is focussed on an action against TfL for causing economic harm and loss which has been exacerbated through their “cosy and flabby” relationship with Uber.

TfL’s decision not to immediately revoke Uber’s licence following a two month extension could not go unchallenged. The consistent breaches by Uber during their “probationary licence” were such that the public’s safety was seriously at risk and have been described by our leading counsel as “grave and acute”. Those breaches have been widely reported and further breaches couldn’t be ruled out hence our view that Uber should have been prevented from operating.

UTAG’s focus was, in the short term, concentrating on judicially reviewing TfL’s decision and seeking disclosure of all the material TfL was privy to when arriving at that decision. Despite numerous well argued requests for this material it was being resisted by TfL. So, as well as judicially reviewing TfL we made an application to the High Court for specific disclosure. Permission was sought and denied by Mrs Justice Tipples on grounds which we considered had to be argued further before a High Court Judge by way of an oral application to renew.

We all worked very hard and leading counsel drafted a compelling skeleton argument with which to persuade the single judge to allow our application to judicially review TfL. Regrettably, Mr Justice Knowles declined permission for the judicial review and for the order for specific disclosure. The result, some will say, is that TfL’s and Uber’s close relationship has been allowed to continue. Knowles J seemed to be satisfied that TfL’s decision was not arguably irrational and that more draconian measures could be taken by TfL against Uber between now and Uber’s appeal if there were further breaches. You will have your own views on whether any action would be taken.

Suffice to say, we are disappointed with the decision by Mr Justice Knowles but this has only increased our resolve to hold TfL to account for the continued harm caused to you. UTAG remains committed and passionate about ensuring TfL is held accountable. This can only be done with your support, patience and resilience.

UTAG continues with its characteristic stoic attitude and prepares for the main action(s).
Yours sincerely

In closing, we should like to thank all of you for your invaluable ongoing support and we hope you and your family are keeping safe during these challenging times.

Posted by Editorial at 7:17 PM No comments: 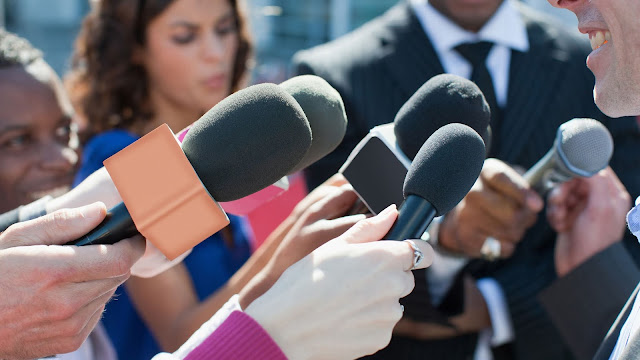 After all the fake news that’s been published by main stream media, it’s no surprise.

In the poll, 72% don't trust newspapers on most issues and on the issue of Coronavirus, just 17% believe what they are reading.

TV journalists are just as untrusted by the public, especially on the issue of Coronavirus, with 64% not believing what they are being told.

Trust in journalism has been dropping for many years: 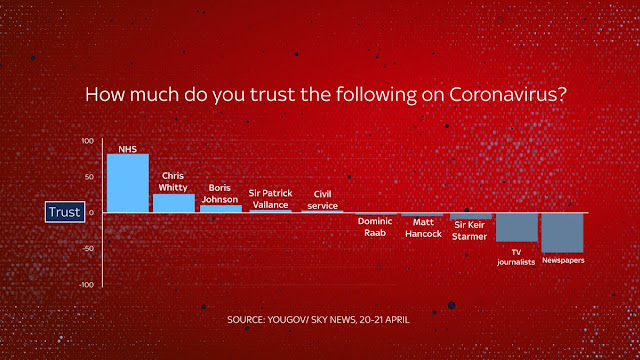 It is particularly noticeable now because levels of trust in leading politicians has jumped up in this crisis. Suddenly the press are less trusted than the people they are holding us to account.

Most of criticism for journalists is bought about over the constant "attacking" the government is getting in the daily press conferences. The most annoying aspect is that journalist ask complicated questions then don’t allow the politicians to answer fully before shouting them down with another question.

TAXI LEAKS EXTEA BIT:
News papers are is a dramatic fight for survival.

One nation, the Evening Standard, actually has to give the paper away to keep its advertising revenue. But even they are having a hard time with people not picking up free copies.

Posted by Editorial at 7:15 PM No comments: 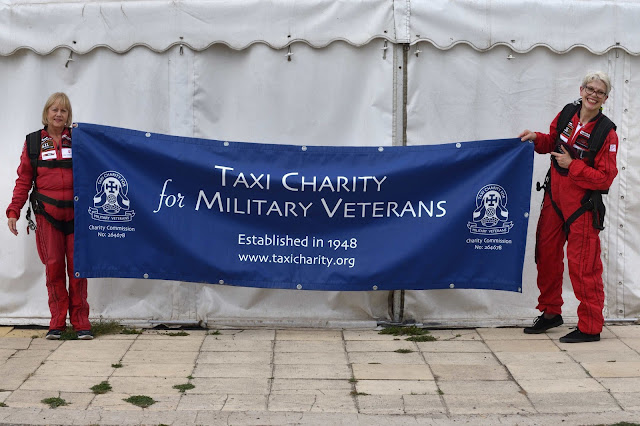 In spite of the constraints imposed by Covid-19, the Taxi Charity remains closely engaged with our veterans, especially those who may be vulnerable or alone.

Work carries on behind the scenes and planning continues for events next year when, hopefully, life will have returned to some sort of normality.

I am hugely proud to be a patron of the Taxi Charity and recognise the great and important work it does for so many of our veterans. 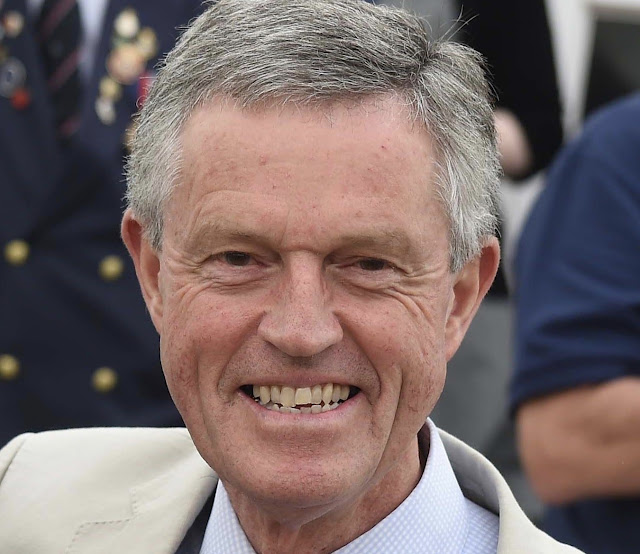 
Posted by Editorial at 7:31 PM No comments:

The Chinese-owned maker of London’s electric taxis (LEVC), has invoked 'force majeure' in a letter to suppliers 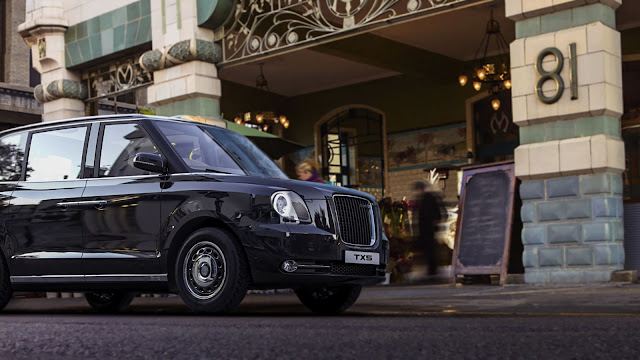 The manufacturer of London’s fleet of electric taxis has warned suppliers that they face at least a month without payments, putting pressure on an already-stressed automotive supply chain.

It’s been learned that the London Electric Vehicle Company (LEVC) wrote to its production partners earlier this month to invoke a 'force majeure' clause in contracts.

LEVC, which is owned by the Chinese carmaker Geely, told suppliers in a letter that "despite LEVC's implementation of measures to minimise the impact of the COVID-19 epidemic/pandemic to maintain production and keep its offices and sites open, the situation has now escalated beyond control".

"As a result, we will be unable to meet our obligations in relation to your agreement including, without limitation, our ability to

It warned that the force majeure status would remain in place until at least May 1.

The emergence of LEVC's warning to its supply chain comes as parts of the automotive sector attempt a tentative resumption of their operations.

On Wednesday, Nissan said it would reopen its Sunderland plant for safety tests, paving the way for production to restart in the coming weeks.

Coventry-based LEVC said in a statement:
"LEVC is implementing short term measures to minimise the impact caused to the business by COVID-19.

"The temporary suspension of manufacturing and adjustment to production schedules has resulted in a requirement to notify its production suppliers of a force majeure situation for a short period of time.

"LEVC's business plan for this year remains unchanged and the company is committed to a long term relationship with all of its business partners, and looks forward to returning to full production of the TX electric taxi as soon as possible
Posted by Editorial at 7:20 PM No comments: 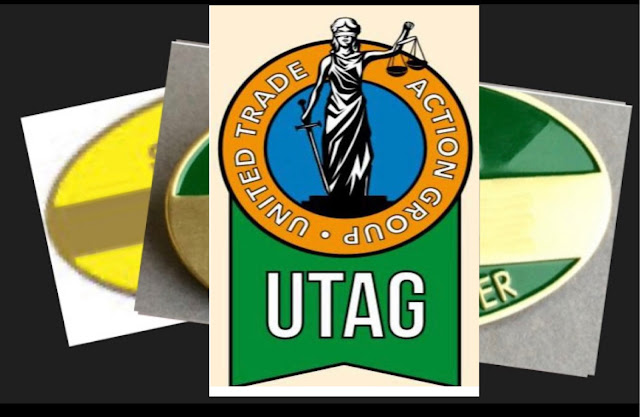 We have today watched the Oral Hearing at the High Court via video link.  We can confirm Justice Robin Knowles decision was to not grant permission for a Judicial Review.

We have done all we can to ensure the safety of the travelling public which is TFL's primary duty to protect passengers.   Our view is it beggars belief that a serial offender can have 14,000 incidents of insurance fraud and still be allowed to continue to operate under Appeal for a further 8 months.

UTAG's view is that protecting the travelling public should have been dealt with expressly by TFL and not put back into the hands of the Magistrates Court, where Uber have already appeared, after being found to be a not fit and proper Operator in 2017.

TFL's decision has undermined the whole licensing regime, and one has to ask themselves what does a Private Hire Operator need to do to be suspended or revoked?

In closing, we should like to thank all of you for your invaluable ongoing support and we hope you and your family are keeping safe during these challenging times.

Pepa doesn't want to talk about sex right now ... she's furious at Uber and a bunch of drivers who she claims wrecked her earnings potential.

Sandra Denton -- aka Pepa from Salt-N-Pepa -- is suing the ride-share service along with one of its drivers and the drivers of 3 other vehicles, claiming a 2018 chain-reaction car crash left her with injuries, pain, and loss of wages.

In docs, obtained by TMZ, Pepa claims the crash on L.A.'s 101 freeway was triggered after the Uber driver and other drivers "operated their vehicle negligently and carelessly."
Pep's suing for damages including loss of wages.

Sources close to the situation tell TMZ ... the rapper was in a friend's car that was hit from behind. Cops say the Uber driver was following too closely behind, couldn't stop in time ... and hit Pep's ride, causing a chain reaction.

We're told Pepa complained of neck and knee pain, for which she later needed medical attention.

As a result of the accident, sources say the Grammy winner still suffers intense pain that interferes with her performances and travel, often making herself sick during and after stage performances.

We've reached out to Uber, so far no word back.
Posted by Editorial at 4:27 PM No comments: