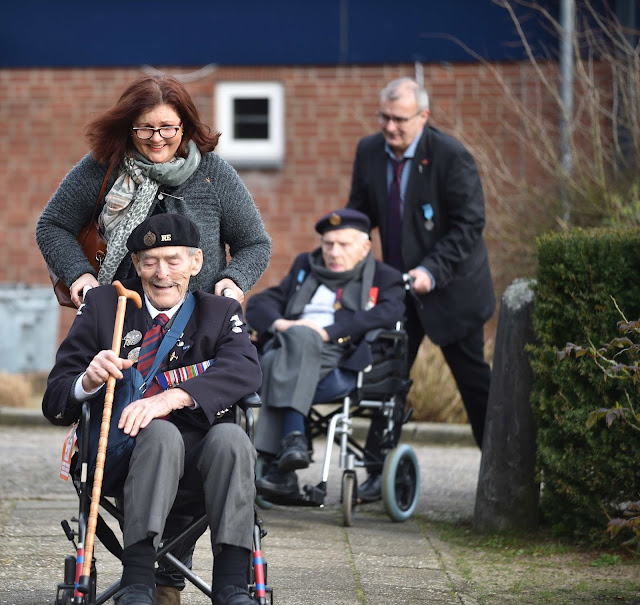 Gennep is a small town on The Netherlands German border which played a big part in WWII.

The Allies finally captured Gennep early in 1945. The capture of Gennep was essential to open the way for the advance towards Goch and the heart of Germany. The attack on Gennep would be the start of what later became known as the Rhineland Offensive.

The group of veterans visited Gennep with the Taxi Charity for Military Veterans to remember the significance of taking the town back from the Germans and to remember their comrades who didn’t make it home. 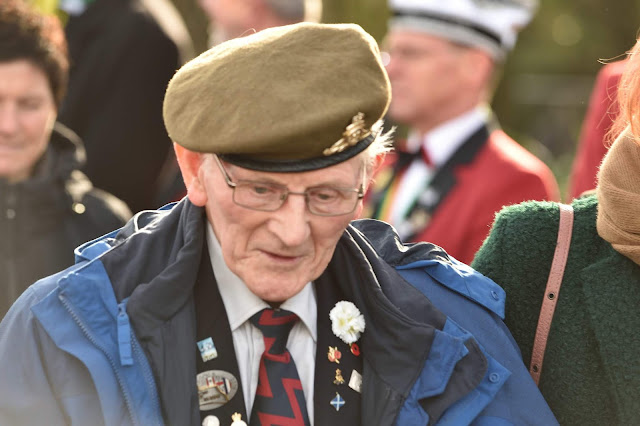 The Rhineland Offensive would in the end make possible the total liberation of Limburg, Gelderland, the Lower Rhine area, and then finally the whole of Western Europe.

Unimaginable numbers and quantities of personnel, vehicles, munitions, fuel and supplies were transported to the area and this border region became the key to the end of the Second World War.
During their stay the veterans attended services at Milsbeek CWGC, The Highland Bridge and Reichswald CWGC and the fleet of Taxis that took the veterans to the services  were given a wonderful lunch with all the town's people then to the Concert Hall in Gennep for an afternoon of music and entertainment, before enjoying a private dinner with the relatives of other veterans, both past and present who attended the events. 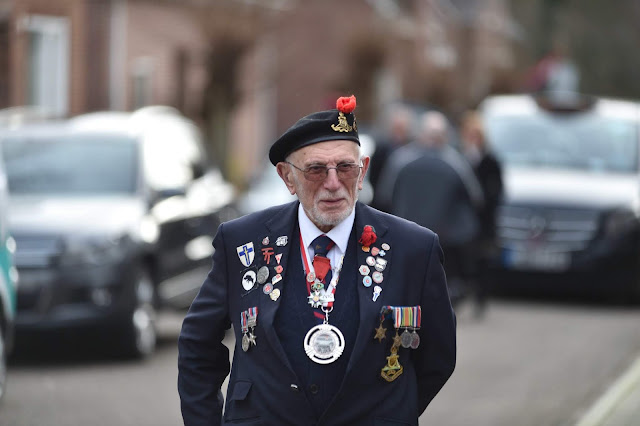 Dick Goodwin, Vice President, Taxi Charity for Military Veterans, said, “It is a real pleasure to organise these trips to the continent for our veterans. The esteem that the Dutch people hold for these men and women who liberated them during WWII never fades and we share lots of smiles and tears on trips like these.

As long as there are veterans who want to go and remember their fallen comrades the Taxi Charity for Military Veterans will make every effort to raise enough money to enable us to take these men and women to the continent at no cost to them.”
Posted by Editorial at 5:00 PM No comments: 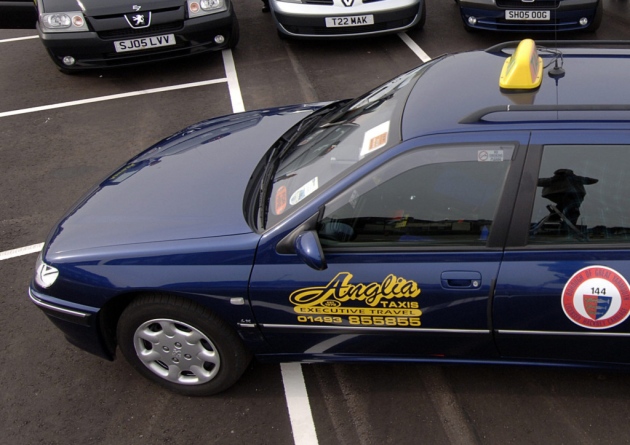 A taxi company which claims to be the longest-running in a seaside town has collapsed into administration.

Anglia Taxis, established in 1974, is thought to be the longest running cab company in Great Yarmouth.

But at a meeting last Thursday (February 13) shareholders decided to wind up the company before appointing Norwich-based firm Parker Andrews Ltd as liquidators.

Last month a post shared by the company on social media page stated: "There have been rumours that we are going to cease trading and we would like to address these concerns."

It noted Anglia Taxis was operating under new management and would "continue to operate for the foreseeable future".

There had been "significant investment in the company to make it bigger and better for all of our customers", the post said.
According to its website the company is Great Yarmouth's longest-running taxi service, having been established in 1974.

Both Anglia Taxis and Parker Andrews have been approached for comment.

Last year, taxi drivers in Great Yarmouth claimed it was too easy to get a licence after they had struggled for business during Christmas


TAXI LEAKS EXTRA BIT:
Quick reminder:
The all new polymer twenty pound notes hit the streets today.
They will run alongside the paper notes and both new and old are still legal tender. 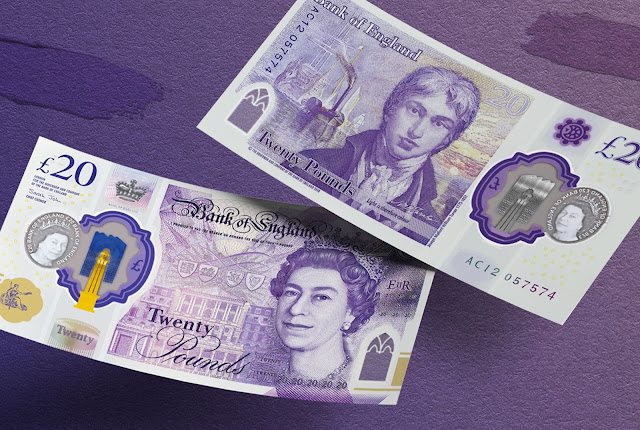 The new-look £20 note, which has two windows and a two-colour metallic hologram should make it much harder to counterfeit. According to the central bank, it is now “the most secure Bank of England note yet”.

While less than one in 5,000 banknotes in circulation are fakes, statistics show the vast majority of those discovered by the BoE are £20 notes.
Posted by Editorial at 10:11 AM No comments:

As Uber Moves Support To India And The Philippines In Search Of Profitability, Has The Bubble Finally Burst??? 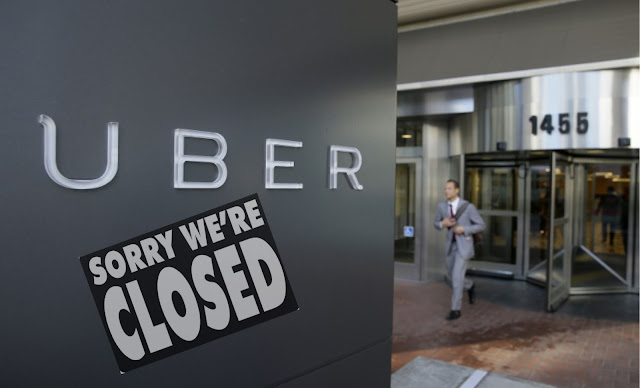 It looks like Uber are closing down offices in cities and moving operations to countries where the wage bill will be slashed.

Without any advance notice, staff in LA were informed last Thursday their jobs were no longer available and would be shifted to a large customer support office, the company maintains in Manila -according to sources who asked to remain anonymous for fear of losing their severance pay

Uber manager Ruffin Chevaleau, has acknowledged that a meeting was called on short notice before delivering the news.
“We have decided to close the downtown L.A. office and we will be moving to our Manila C.O.E., where we can continue to support the business as it grows", she said using an abbreviation that means Center of Excellence, (the in-house term for customer support hubs).
“I know that this is a shock. This meeting is to inform you all that today is the last day in this office.”

The employees were mostly customer support staff on zero hour contracts, who were paid hourly, with tasks such as processing documents, resolving account issues and explaining incentives and promotions. (Uber considers both drivers and riders its “customers” not employees, and supports them out of the same department.)

“This is not easy news to deliver,” said Chevaleau, who is a lead at the company’s Phoenix customer support office, “It was important for me to be here in person.”

In the months since going public, the ride-hailing company has made a series of cutbacks to its corporate workforce totaling more than 1,000 workers, including in its marketing, self-driving and engineering departments.

Uber have moved up their timeline to turn a profit to the forth quarter of 2020, as up till now they have only shaken loses, sometimes in the billions. The unrealistic goal towards profitability, is alleged to be a bid to appease their investors.

Uber has been through several rounds of restructuring since the early days. Originally, support operations were run out of local city offices, but the company transitioned to a workforce of largely remote hourly contractors in the U.S. and have now moved to contractors in places like the Philippines and India.

Because of their extremely poor security when it came to hiring drivers, they have been dogged by scandal after scandal from passengers who were raped and sexually assaulted by drivers, plus many hundreds of thousands customer accounts were hacked and sold on the dark we. 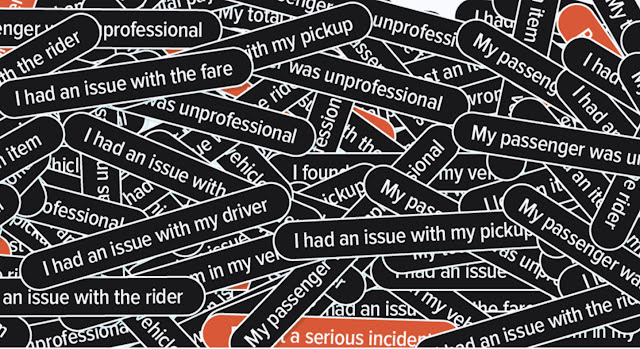 In July 2017, in response to a social media campaign known as #deleteUber fed off the public scandals and eventually culminated in management upheaval and a new chief executive, the company made an effort to improve relationship with its drivers.
But despite efforts to improve the scandals have just escalated.

TAXI LEAKS EXTRA BIT : Ola Closes Brighton Office
Also in the news this week, new kid on the block, Indian instant hail app Ola have closed their operational centre in Brighton as they thought the local market was completely saturated from cars coming in from surrounding areas such as Lewis. Ola, considered a rival to Uber, had been granted an operator’s licence for just one year in May last year by Brighton and Hove City Council.

The Indian minicab firm, which presently operate in Merseyside, Reading, South Wales, the South West , West Midlands and now London, has told the council that it no longer has plans to operate in the Brighton licensing area.

Ola was recently banned in Southern India's high tech centre, Bangalore, when it was found to be blatantly flouting regulation by operating an unapproved Taxi bike service. 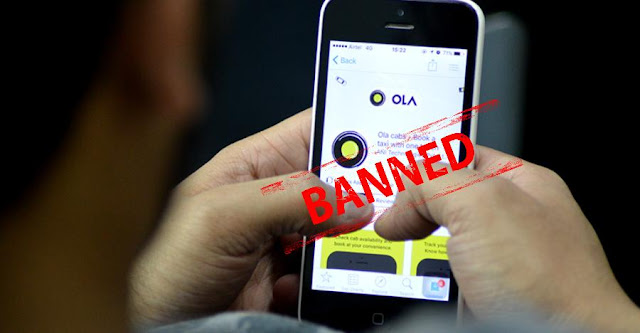 It appears that these online high tech, parasitical, predator pricing apps have a major problem complying with government legislation and current regulation.

SPECIAL ANNOUNCEMENT :
We are delighted to announce that The Seashell Lisson Grove are now offering a 15% discount to our hard working London licensed taxi drivers!

All you need to do is produce your badge at our takeaway to redeem the discount, valid all day Mon-Sun! 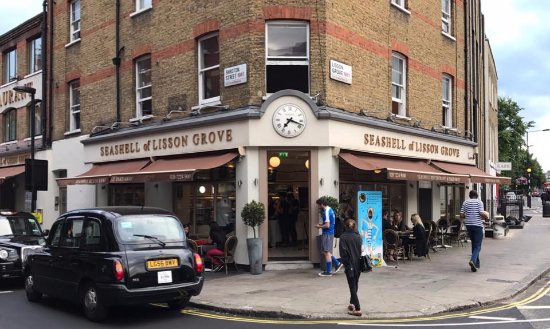 Posted by Editorial at 11:30 PM No comments: 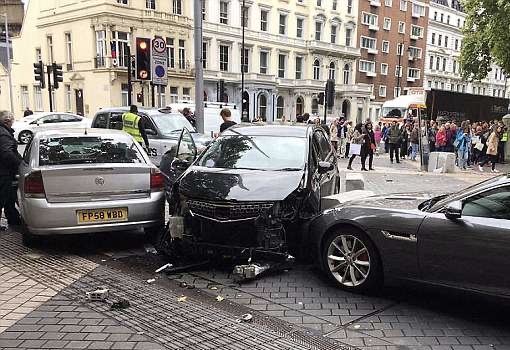 At last nights branch meeting, the membership of the RMT London Taxi branch voted unanimously, to  to ask General secretary MickCash, to look again at bringing an injunction against TfLTPH.

It is now hoped that the RMT’s Mike Cash will hold Mayor Sadiq Khan and deputy Mayor Heidi Alexander to account for the injuries caused to ordinary peoples lives, due to TfLTPH’s failed implementation of the Mayors policy. 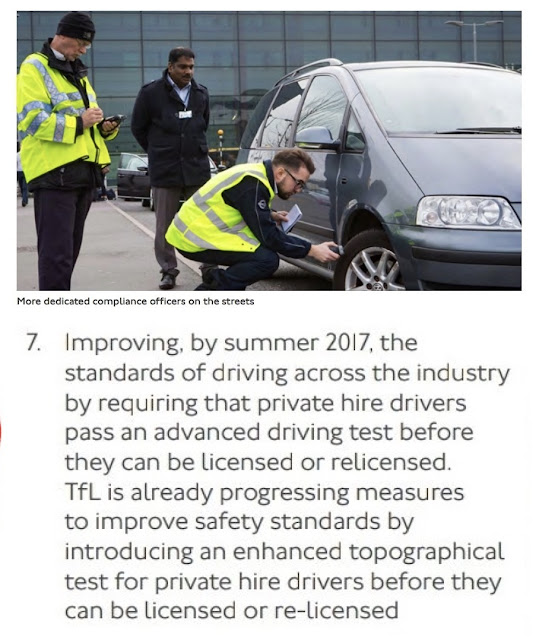 There can be no hiding place for TfL on this complete disregard for public safety.

TAXI LEAKS EXTRA BIT :
The LTDA have also made a statement on this issue, which they have posted on Twitter this morning, in response to the RMT announcement.

Their post in regards to the proposals states:
It’s number 1 item on agenda at next trade commissioner meet, we have consistently raised it and expect an announcement
Posted by Editorial at 11:17 AM No comments:

Minicabs Parking On Taxi Ranks ... Not On My Watch They Ain’t : London Bridge Rank


Amazing thing is, minicabs park on Taxi ranks all day long and never a CO in sight....and yet if three taxis were to park on a rank for two, half a dozen TfL COs turn up and start giving out tickets

Also, see this blast from the past... such a nice piece of planning from TfL....not!
https://youtu.be/vgnyzA1Vnyg

TAXI LEAKS EXTEA BIT:
After receiving an increasing number of reports that people are being fined when going through the bus gate, when there is no restriction we asked Tower Hamlets:

Who deals with this? 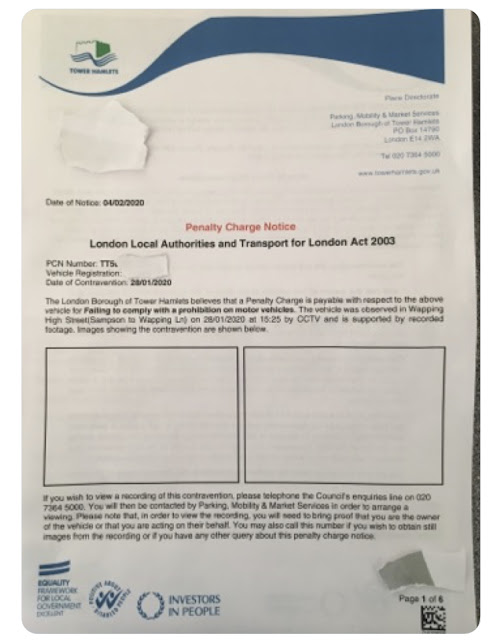 We received this statement from Tower Hamlets council in reply:

We're aware that due to a technical error, a number of incorrect penalty charge notices (PCNs) were issued for moving traffic offences on 28/29 January 2020.

Anyone who has received a PCN they believe has been issued in error can report it at: http://socsi.in/aWhyR
Posted by Editorial at 12:45 AM No comments: 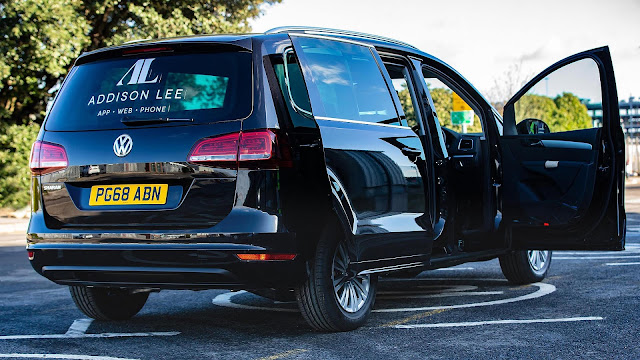 Addison Lee, minicab service, has been made the official ride partner for London venues The O2 and The SSE Arena, Wembley.

The three-year deal, brokered by AEG Global Partnerships, is a strategic move in an attempt to raise brand awareness and engagement with a customer base shared by the brand and London entertainment venues.

Through the deal, the parties will enhance the experience of customers travelling to and from the venues, with clear pick-up and drop-off options available via the Addison Lee app. The pick-up and drop-off services will also be supported with on-site digital signage, social and in-venue activation.

Chief commercial officer at Addison Lee, Rob McGinn, said: “We’re excited to bring together this strategic partnership with globally recognised and respected brands to provide pre-book and ASAP rides to customers looking to relax and enjoy a day or night out at AEG’s most prominent London venues.

“The O2 and The SSE Arena, Wembley customers can enjoy a variety of transportation services available through the Addison Lee app – from premium to chauffeured, high-end executive cars – with 4G wi-fi and phone chargers included in our premium service as a standard. Whether they are heading home or continuing their night out, customers can beat the crowds and travel in safety and comfort.”

VP of global partnerships for AEG Europe, Nathan Kosky, said: “We have millions of visitors to The O2 and The SSE Arena, Wembley each year and introducing Addison Lee to the venues adds another level of convenience whether they’re day trippers, event goers, shoppers or premium clientele.

This is the first time we’ve worked with Addison Lee and look forward to a successful partnership that benefits each other’s strategic aims.”
Posted by Editorial at 9:13 PM No comments: