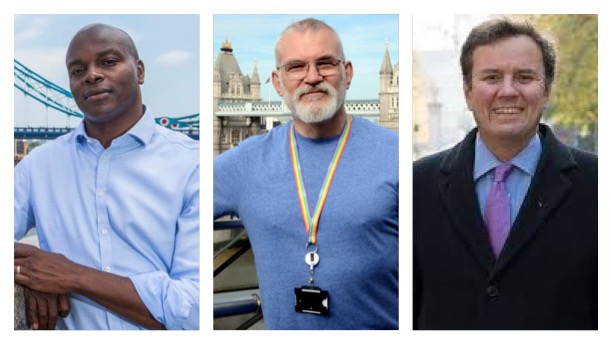 There seems to have been quite a few crocodile tears, shed over Uber’s licence revocation from two GLA councillors, one of whom is a Mayoral candidate, and a central London MP,  bleating over the poor 45,000 drivers who they allege would be unemployed and unable to feed their families.

Yet these same politicians haven’t spoken one word about the plethora of new ride-share apps that have suddenly sprung into life, on the back of Uber's potential collapse and the impact they’ve had on the world famous London Taxi trade.

The controversy over Uber’s licence, has been used over the last two and a half years to score political points...(and it’s not over yet as the appeal isn’t to be heard until the autumn)...In that time, we’ve seen Taxify (change their name to Bolt...to get round a previous revocation), Kapten, ViaVan, Kabbee, and now Ola, entered the market along side old timers such as Addison Lee, hoping to scoop up Uber’s drivers. 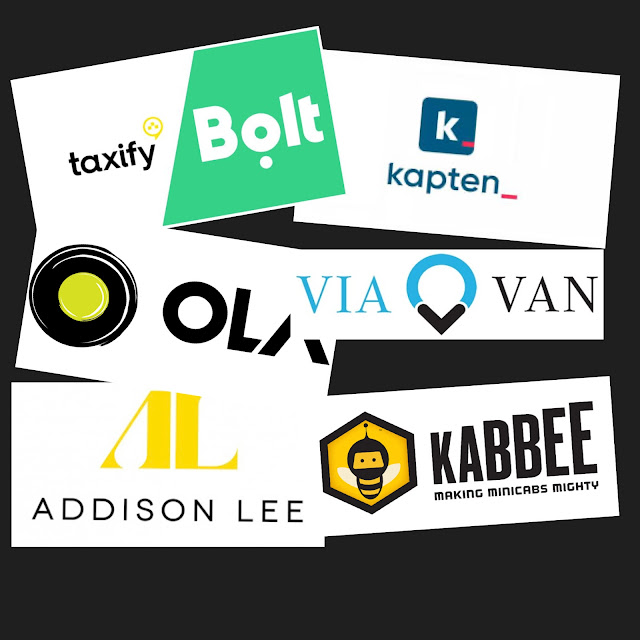 These teary eyed politicians have at no time, spoken out about the demise of the best Taxi service in the world.... 23,000 drivers plus the workforce employed by rental garages, mechanics, receptionists, vehicle suppliers and dealerships etc. During the last 4 years with the knowledge that Uber were unfit to be an operator, all they bleat about is the so called poor Uber drivers being thrown out of work, Yet they don’t mention there are over half a dozen new ride share apps that have appeared recently and virtually none of the drivers would be left unemployed!

They've offered nothing in the way of support for our heavily regulated 370 year old Licence Taxi trade, which has been torn apart by Uber's predatory pricing. Yes they are cheaper (sometimes) but that's easy when you've got billions pouring in from investment banks such as the one who employs an ex Tory chancellor, now editor of the Evening Standard, (at £650,000 a year). Using alleged unchecked, sexual predator, violent, drug dealing, fraudulent drivers...you play Russian roulette every time you hail a car through the app.

What needs to be pointed out is, if by some extreme miracle, Uber fail to win there appeal, (not forgetting the case is again to be heard by Chief Magistrate Emma Arbuthnot, alleged to have a conflict of interest through her husband Baron James) it doesn’t mean that the riding public will suddenly be safeguarded against a service using sexual predators, hackers, fraudsters, drug dealing dangerous drivers....a system that allows the picki up of complete strangers who then share the same vehicle on route.

To be as clear as possible.... the problem has never been really been with just Uber (although they added to the problem by not passing on serious complaints about drivers to the police/TfL and still have no workable customer support phone service)...the problem also lays squarely at the feet of TfLTPH who, have been described by the GLA transport committee as woefully inadequate.
TfL are failing public safety by a failure to regulate existing legislation. 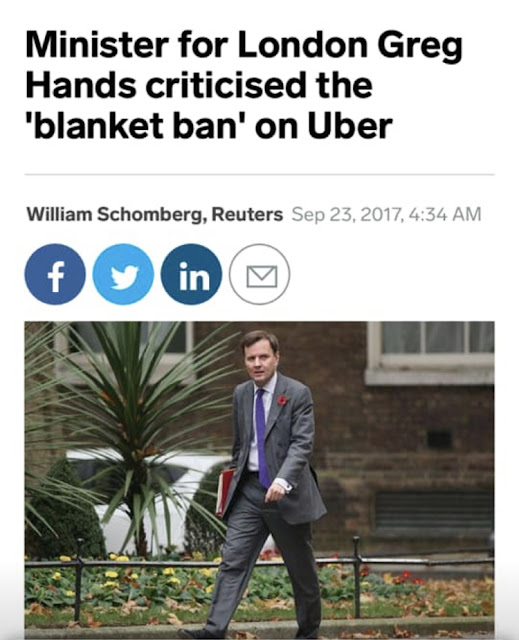 So in summing up, a word in your shell like Shaun Bailey, Andrew Boff and Greg Hands.... if you want the public to vote for you, then you need to show concern for the protection of the general public. Show them that you truly understand that public safety trumps profit.
Nether forget that eventually, the truth will out...

Show the public that you will try to stop these non-domicile, nontaxpaying, foreign companies circumnavigating the system and current legislation.

Legislation that has been put in place by Parliament, to keep the general public safe..... show your voters that you intend to protect thie current system and by default protect them, no matter how much wealth these companies have to ‘spread about’.

TfL need’s investigation and the directors and managers who have allow the system to slip into the present sorry state need to be sacked and in cases of illegality, prosecuted.
(Make sure reader that you sign up to UTAG17)👇
https://www.unitedtradeactiongroup.com/contact

TfLTPH have had eight years to get their house in order and they’ve worryingly ignored most complaints from legitimate trade body representation.

Of the 74 revocations,55 notifications of serious complaint or driver dismissal were received from PH operators. 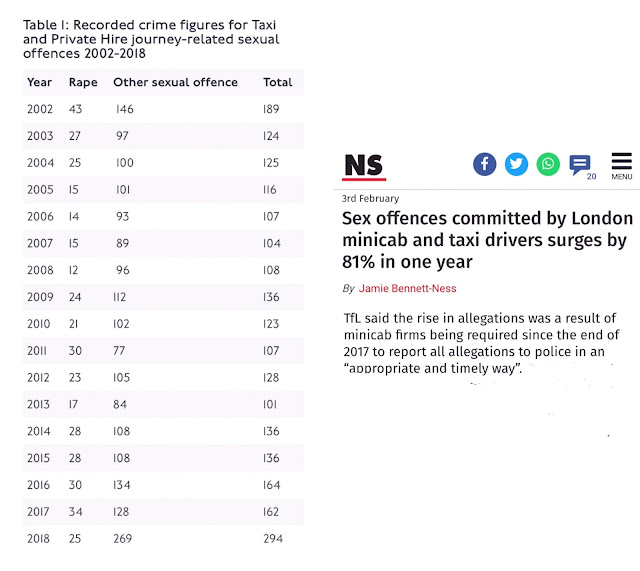 Taxi leaks replied: looking at the replies to your post I’m surprised you wanted that bought up again.
Andrew’s reply:
“The future holds many threats for regulated taxi industries across the globe, and London, with its innovative and large economy, presents particularly sizeable problems for drivers of its iconic black cabs”.
http://legacy.glaconservatives.com/reports/files/saving-an-icon.pdf

Taxi Leaks Replied: Andrew that report is from 2015 and 5 years on still no action to help the Taxi trade whatsoever.
Andrews reply:
Under the current Mayor, Black Cabs are dying a slow death. Sadiq Khan thinks he can buy you off for a few years and then when he’s gone, it will be too late.
https://www.taxi-point.co.uk/single-post/2018/09/21/Boff-How-I-Will-Save-the-Black-Cab

Taxi Leaks replied: Scapping the knowledge and introducing price surging like Uber, would not save the 370 year old Taxi trade as such, it would completely destroy it... Well thank you Andrew, at least we now know what your end game is now!
Posted by Editorial at 1:52 AM No comments:

It seems they have the same problem in Brighton as we have here in London... 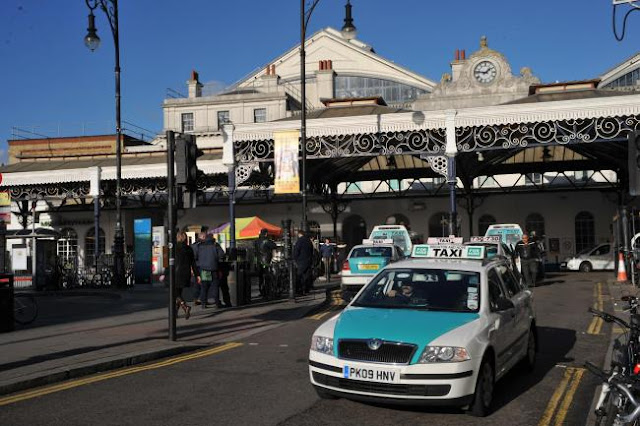 When the council moved the Taxi Rank to the back of the station, their org reps told the drivers not to renew their permits to pick up.

This below in their Facebook group: 👇
Have seen info that all the station permits have been allotted so there is no leverage now.

In all my correspondence and at meetings I repeated that permit holders would not renew because of the chaos.

I should have realized that the permit holders are not and have never been united. I was hoping there would have been a stand off with GTR begging the drivers to renew and then maybe some negotiation to review the fee.

However I have to add that I do have empathy with proprietors who have not had any choice because they would not get a driver without a station permit.

And for better or worse there are some who rely solely on the station work.. so each to their own I suppose.

You pay your money and take your choice....but not going to waste my time anymore on this.

I have far better things to do with my time.

Nonetheless I do wonder what would have been the outcome if all the permit holders stuck together on this...

TAXI LEAKS EXTRA BIT:
So there you have it, another story of Taxi drivers not sticking together and supporting each other.

It appears the pound today is more important to most than the future tomorrow.
Posted by Editorial at 11:31 AM No comments: 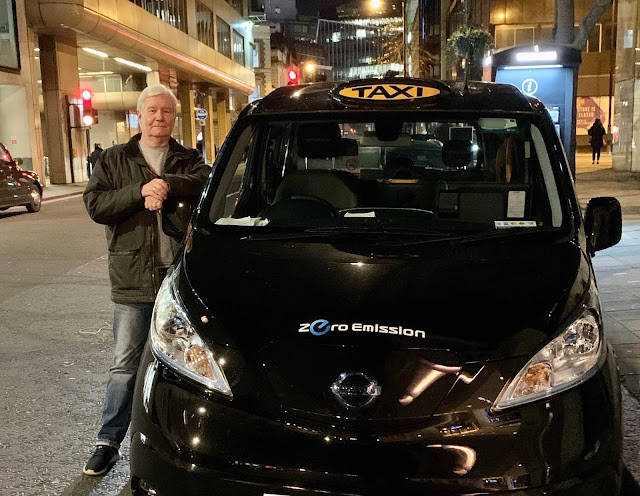 London's taxi drivers are the cleanest and friendliest in the world, and London cabbies have the best knowledge of their area, and are the safest drivers.

So says a new poll of more than 2,600 respondents from 30 countries, which put the London capital’s Black Cab at the top of a global list in five out of seven categories.

Unsurprisingly, London's black cabs didn't make the top spot for value for money but then at £65 for the new TXe, expenses do reflect in the meter price .

The cities of New York and Bangkok came joint first for lowest fares - and New York’s famous yellow taxis also grabbed the top spot when it came to availability ( mainly because their business has been devastated by a plethora of ride share apps which passengers seem to have become addicted to.

The Hotels.com survey also revealed strange objects left behind in cab, which included a wig and a bird in a cage left behind in a US cab; a prosthetic leg left in an Australian taxi and a set of dentures in Germany.

Globally, the survey found that people tend to text or email while in a cab (19 per cent), while sleeping was the second most popular activity (15 per cent), followed by eating (10 per cent) and kissing (9 per cent).

In this new survey from Hotel.com Britons famous black cabs were also voted to be the safest, cleanest and have the best knowledge about their city...bought about by the extensive training program known as The Knowledge of London. 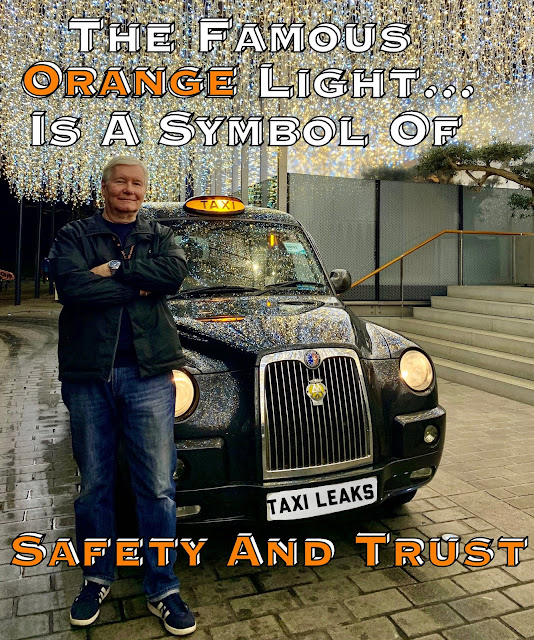 That sexual predators would use the Uber platform isn’t shocking!!!
What’s shocking, is that TfL knew about the problem and suppressed the figures from the public until forced to publish them after legal action taken by the UCG.

Facilitators of UberRape are just as much to blame as the predator rapists.


RAPE IS A CRIME 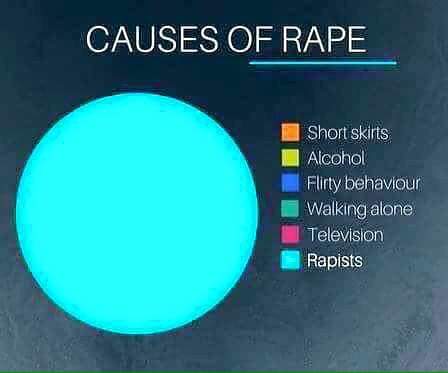 Posted by Editorial at 8:19 AM No comments:

It’s Not Just Taxi Drivers That Protest Against Their Totally Inadequate Regulator. Now Their Own Staff Are Up In Arms 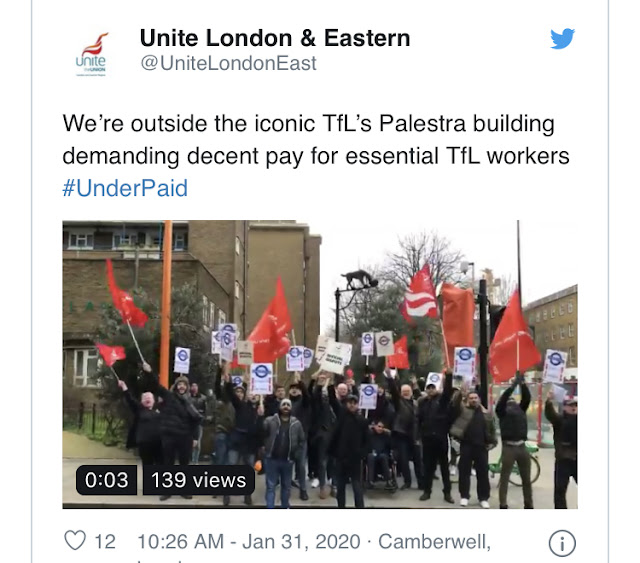 Unite the union, has labelled the pay increase 'derisory' - but TfL says it's "fair and responsible"
Around six hundred TfL workers are striking today in a row over pay, with their union picketing outside TfL’s headquarters on Blackfriars Road.
Around three hundred Dial-a-Ride workers and a further three hundred TfL compliance officers and revenue inspectors have pledged the 24-hour strike alongside the two-hour picket of Palestra House, from 10am to 12noon.
The row comes after TfL approved a one per cent pay rise for its workers, which the Unite union has labelled a "derisory" pay cut in real terms.
"The anger of TfL workers is turning into action," said Unite regional officer Simon McCartney.
"They are fighting back against paltry pay. Unless TfL bosses rethink their decision to impose a real terms pay cut the dispute could escalate further."
"What is clear is that TfL have botched these pay talks and they are trying to cover their tracks by refusing to negotiate, hoping the issue will go away."
Mr McCartney raised the prospect of further strikes, saying workers are being balloted for industrial action at Victoria Coach station and at Croydon Trams engineering and surfacing operations.
Unite has already vowed further 24-hour strikes on February 28, March 27 and April 24
However, TfL managers hit back at the claims, saying their offer was both "fair and responsible."
"We have plans in place to ensure any disruption to Dial-a-Ride members will be kept to a minimum," said James Mead, General Manager of Dial-a-Ride.
"We believe our package to increase our staff’s pay is both fair and responsible and also offers an increase to 30 holidays over the next two years.
"We remain open for further talks with Unite and urge them to work with us to resolve the dispute rather than disrupt Londoners."
Graham Daly, the TfL boss who is in charge of compliance, said he was "disappointed" by the move.
"The offer is consistent across other TfL teams and was the outcome of detailed discussions involving our staff and Trade Unions," he said.
"Plans are in place to ensure that any impact of industrial action is minimised."
Posted by Editorial at 5:50 PM No comments:

Watch the video below which explains the law on cross border hiring in great detail.

Have a look at this post in the morning star, this is how all the media should have reported the unacceptable rise in rape and sexual assault figures from TfL.
It should not go unnoticed that most MSM massaged this statistics and tried desperately to make it look as if Black Cab Taxis were also included which they were not.

Trying to defend the lies told in the Evening Substandard the author of the post Ross Lydall said that TfL actually hadn’t made a distinction between Taxis and Private hire drivers in the statistics they posted to the media.
When challenged Lydall then did what everyone does when found out trying to discredit Taxi drivers... he through John Worboys name into the mix 😂😂😂 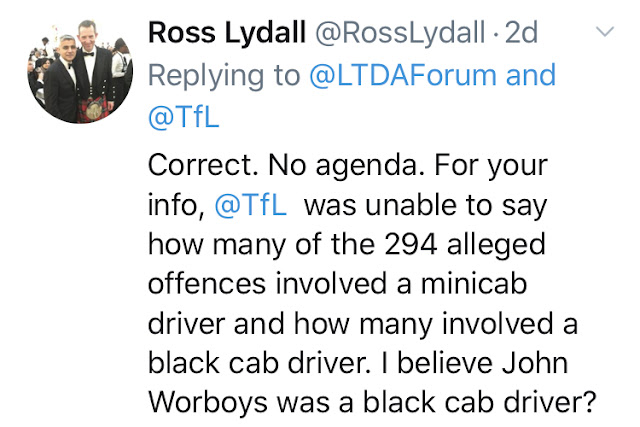 Posted by Editorial at 5:38 PM No comments: