Why Are TfLTPH Ignoring Questions And Requests For Information, From Fee Paying Licensed Taxi Drivers. 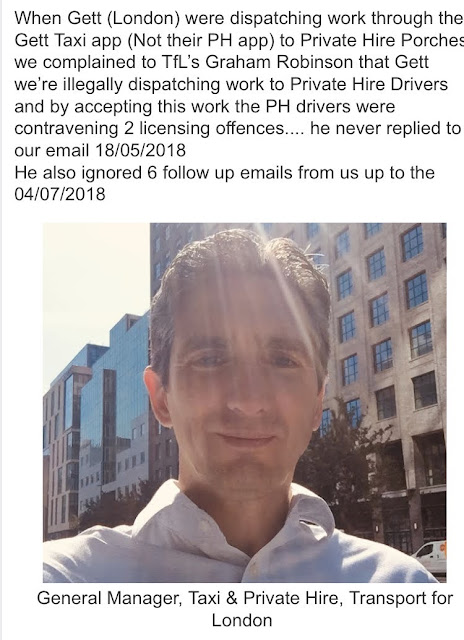 On the 18/05/2018 I contacted Graham Robinson at TfL asking why an on line Taxi app was being allowed to dispatch jobs to private hire vehicle with a Private Hire operators licence for that particular on line app.

My email was ignored, and so were subsequent emails on:

This year I decided to give Graham a miss and directed my enquiries to TfL licensing. I have again repeatedly asked about an alleged data breach where Taxi driver data has been given to a third party, who is displaying driver’s details openly on an app.

Again, after multiple emails, I have been ignored. Of the six times I’ve made this enquiry, I have on two occasions had this reply... but no follow up. 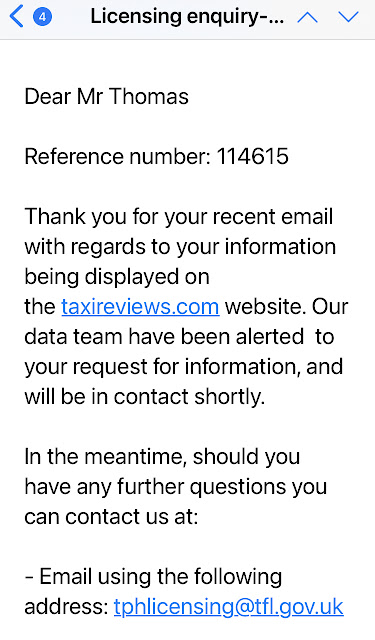 How is it that TfLTPH managers, can completely ignore driver enquiries and requests for information???

Licence renewals are now more often than not, a total nightmare... and they shouldn’t be.  If a driver has had a licence or in many cases, multiple licenses, then renewing every three years should be a breeze. But as most drivers know, this is not the case.

When renewing your DVLA driving licence, most transactions are completed in just days, while a Taxi drivers licence takes (in my own particular case on the last renewal) up to five months.

Yes there are some that are renewed in a few weeks but this is not the norm.

Once you’ve had you statutory DBS check and if required, a medical, then it should be automatic. But then this is TfL and nothing is simple and obstacle free with TPH. The Taxi and Private Hire licensing department is woefully in adequate and needs a complete overhaul.