When It Comes To Public Safety, Is It Really All About The Money???

With people told to avoid public transport amid the coronavirus, the government has now (since July) made rental e-scooters legal on roads in Great Britain. 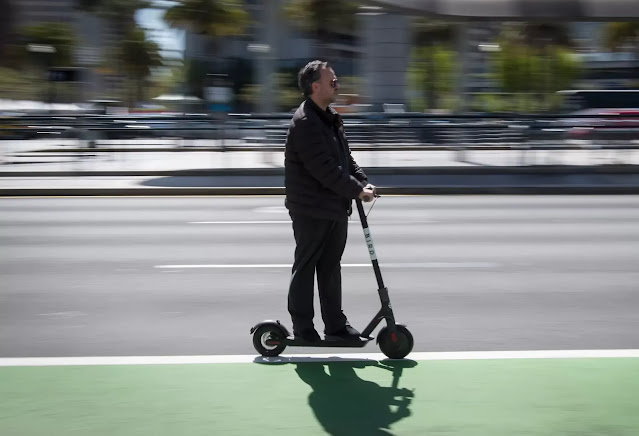 Their popularity has grown and scooter-sharing schemes now operate in more than 100 cities around the world - including San Francisco, Paris (see Extra Bit below) and Copenhagen.

But here in the UK it was different.

Although e-scooters were/are freely available to buy online and in stores, before July this year, you couldn’t legally ride one on a UK public road, cycle lane or pavement.

Anyone who did was committing an offence.

E-scooters are classified as Personal Light Electric Vehicles (PLEVs), so they're treated as motor vehicles and are now subject to all the same legal requirements - MOT, tax, licensing and specific construction.

Because they don't always have visible rear red lights, number plates or signalling ability, you’d think they wouldn’t be suitable for use on the roads. But for a price.....they now are (under certain circumstances that is).

The law covering e-bikes, which are batter assisted pedal cycles, didn’t cover e-scooters, but the government changed the law to allow use under regulation. 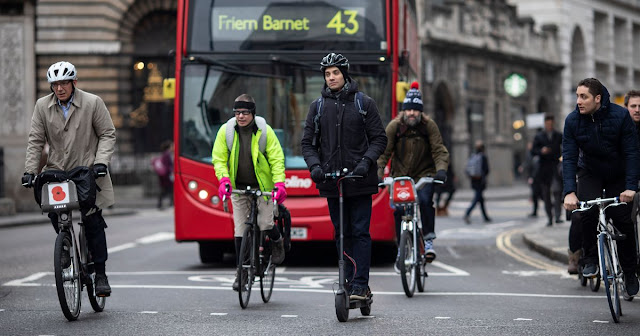 We are told that here in London, TfL will be regulating the use of e-scooters. They will be licensed to use all cycle lanes and roads (for a fee that is).

It’s obvious that these scooters won’t be carrying registration plates but it is alleged all rental scooters will carry a chip.

As the scooters will only be available through an online app, users will have to sign up to, so will be completely accountable for any traffic contraventions committed.

Now, if TfL can do this on an industrial scale for scooters, should this be rolled out to all cycles to stop so many jumping red lights, riding on pedestrian only areas and other offences such as speeding in low speed traffic systems.

We are saying if TfL can do this.... but are they. Or are they just taking the money and again turning a blind eye???

One thing we have learned from passed TfL projects, is that it’s ok to use a highly dangerous transport vehicle, but only if you are willing to pay a fee to TfL for the privilege.

France has had to bring in new rules for the use of electric scooters following hundreds of incidents involving the vehicles, including several deaths. 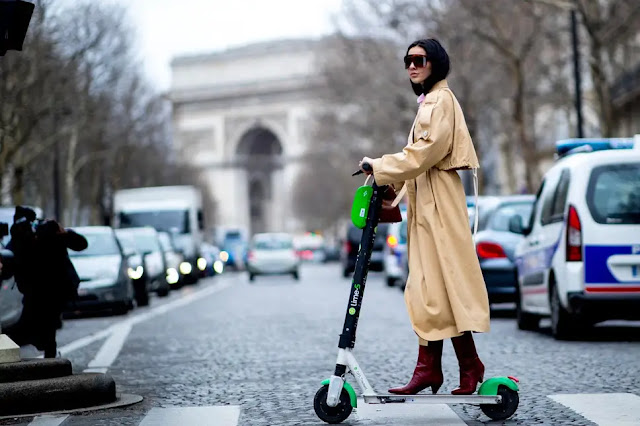 Junior Transport Minister Jean-Baptiste Djebbari said in a statement the new rules would encourage "more responsible use... and restore a sense of tranquillity for pedestrians, in particular the most vulnerable: the elderly, children and handicapped people".

Rules which came into force include: