Transport for London Not Happy With Fare Collection System, As They Seek New Suppliers To Overhaul Current Systems. 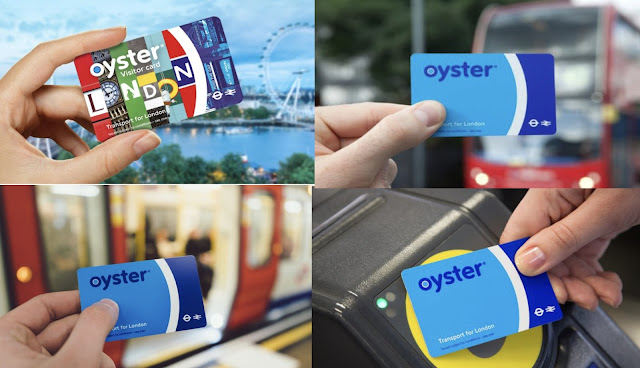 It appears Transport for London (TfL) is considering a shake up of the way passengers ore pay for their journeys by introducing a new  approach to the procurement revenue collection system.

The Transport for London (TfL) Revenue Collection System collects in excess of GBP 5 billion of revenue per annum (pre Covid-19).

Currently the travelling public are able to use Oyster cards, ITSO Smart Card Media, printed magnetic tickets and contactless payments on all public transport services in and around London.

Contactless payments can be on card, mobile device and wearable media. It’s alleged that a large sum of what appears to be dormant money, has built up on Oyster cards, lost or unused by visitors.

This responsibility includes, but is not limited to; the operational and technical integration of modules of the system, the safe introduction of new or changed technologies and services, ongoing activities to identify and address obsolescence, and to manage faults and incidents as they should occur in day to day operation of the system.

As systems integrator, the contract holder is responsible for working with TfL as technical authority and with other TfL contractors and interfacing parties to ensure the performance of the services is maintained throughout the lifetime of the contract.

As an example, wide area networking and data centre networking is operated and maintained by a separate TfL sub-contractor.

TfL are seeking to carry out early market engagement and engage with suppliers who have experience both in revenue collection and the transport industry.

Oh dear, had someone had their sticky little fingers in the till ????

Once a new system is in place, will TfL introduce an expiry date on overloaded pre paid Oyster cards???

Wonder what TfL intend to do with all that money laying dormant???

As we’ve said many times before “it’s all about the money”.

Funny, although it was mandated that all Taxis would have to take debit and credit card payments, Oyster cards were never thrown into the mix. TfL obviously didn’t want to share Bus and Tube passengers with Cabbies.

Meanwhile on the streets of London, the Mayors Cycle Czar is openly promoting a third party business offering cargo bikes on Twitter... conflict of interest, maybe but when you work for the Mayor, apparently you can promote anything you like. 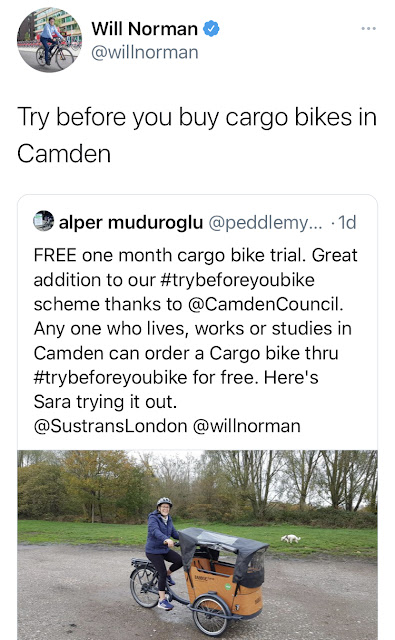 Also in the news on the Ludicrous road closures group we hear that Ealing anti LTN residents have a court date of 2nd February. 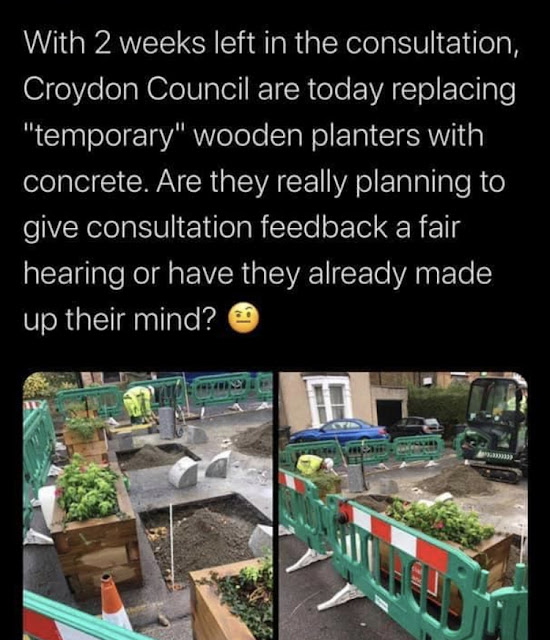 So much for council consultations !!!

Posted by Editorial at 8:09 PM