Lest we Forget - Remembrance Sunday 8 November

The Taxi Charity for Military Veterans has been talking to their veterans about how they will mark Remembrance Sunday this year as the usual events in London are dramatically scaled back as we go back into lockdown. 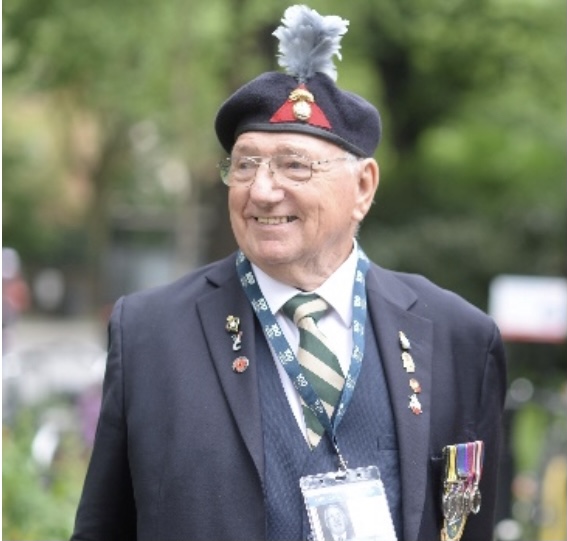 Vic Needham Crofton, 87, from Greenford, would normally mark remembrance Sunday in London at the Cenotaph. Vic was in the Enniskillen Fusiliers and did tours of Cyprus, the Suez Canal and spent two years in Kenya.

Vic Needham Crofton, said, “On Remembrance Sunday I will be wearing a poppy beside my medals with immense pride that I was able to do my bit for my country and I will spend time thinking about those we have lost.”

In Kenya, Vic was a cook, and he fed his unit with left over WWII canned food, including bully beef, biscuits and bacon which he threw together in to a Dixie (a big pan) to make a thick stew.

He also remembers enjoying the tinned jam and cheese sandwiches in the middle of jungle. His parents sent him the Daily Mirror publication of the Yellow Peril which they wrapped in a role and he is still amazed that it always managed to reach him.

Vic was wounded in 1954 in Kenya when the lorry he was travelling in at night was shot from under him.

The vehicle went over a cliff.

The other two passengers managed to jump clear, but Vic couldn’t and was pinned for eight hours under the Cab.

While trapped he was treated for his injuries by his unit as other men worked tirelessly to free him.

Vic spent twelve weeks in hospital in Nairobi with a fractured skull and many cuts and bruises but was very fortunate to fully recover. 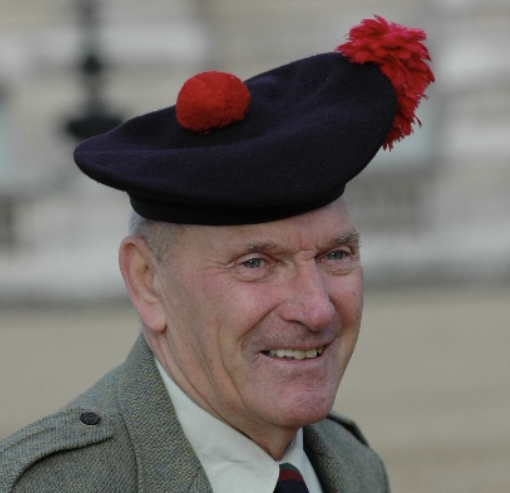 Bill Parr, 87, from Hackney, enlisted with the Cameron Highlanders, (79th of Foot) and served in Suez. While there, the Sgt Major told them the Black Watch needed some soldiers and they were all being transferred and going to Korea.

Bill Parr, said, “I have been attending the Field of Remembrance in London (which is normally held on the Thursday before Remembrance Sunday) for over thirty years but sadly this year will be very different.”

In Korea, Bill was involved in the Battles of the Hook.

He says “From the trenches they came at us in hordes banging lids and blaring bugles, we had to shoot them down while we were being shelled from behind.”

During the battle, Bill was wounded in the back and neck and was taken to hospital in Kure, Japan, by the Americans and finally taken home by boat - a journey which took four weeks and gave him time to recover.

Bill and Vic are collectors for the Taxi Charity and Bill says “Being part of the collection team gives me a reason to get out of bed and I have sorely missed our collections as well as the other Taxi Charity events which have had to be cancelled including the annual summer day trip to Worthing.”

Ian Parsons, Chairman, The Taxi Charity for Military Veterans, said, "Both Vic and Bill are an important part of our team of collectors who attend our fundraising collections at London stations.

They love chatting with the commuters who take the time to stop, donate and thank these men for their service.

Our charity relies on donations to support veterans and we are so proud of our veteran collectors who want to help raise funds so that we can continue taking them on trips across the UK and the continent.” 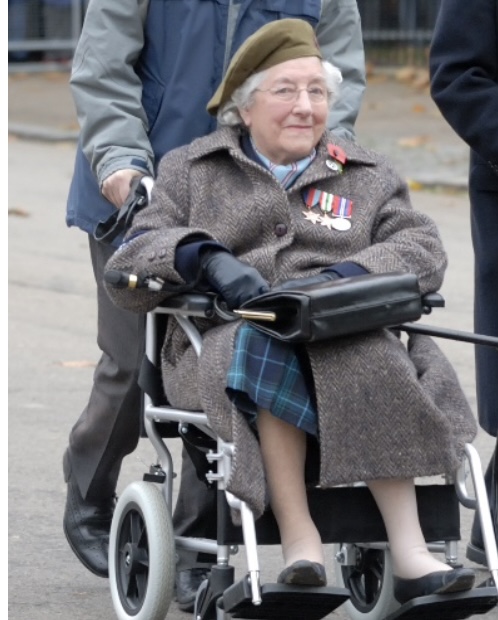 Mildred Schutz, 96, from Worcester Park, is usually part of the Remembrance Sunday March Past the Cenotaph. During WWII Mildred was part of Special Operations Executive (SOE) a secret British organisation which conducted espionage, sabotage, and reconnaissance in occupied Europe.

From the SEO base in Baker Street London, Mildred made several trips out to Italy to recruit and train the partisans. This was a very dangerous role as being undercover and without a uniform if Mildred’s identity had been discovered she would have been shot.

Mildred Schutz said, “On Remembrance Sunday I particularly remember my seven friends from SEO who were discovered working behind the lines and taken to Auschwitz and shot.

The Women at War Memorial in Whitehall with the rows of coats and hats hanging up portrays their coats, left behind in the huts in the concentration camp when they were taken out and killed.”

The partisans that Mildred was recruiting and training in Italy included fascists, those who still supported the Italian King and escaped British and allied Prisoners of War.

Her role was to organise the different groups to work together, train, arm and finance their endeavours. She worked in Monopoly before moving to Sienna and was always aware that if she was found out she would have been shot as a traitor.

Mildred said, “War is a dreadful thing so it’s good that we don’t think about it too much, but we do all need to remember what has happened in the past.

The Remembrance Sunday March Past is full of camaraderie and happiness as the crowds cheer you on and I will certainly miss it this year.”

Ian Parsons, Chairman, The Taxi Charity for Military Veterans, said, “Mildred is an inspiration to us all. Every day in Italy, this young girl, was putting her life at risk to train the partisans and help the war effort.

On Remembrance Sunday I hope everyone will take the time to pause at 11.00am and remember the sacrifice all these brave men and women made for our country.”

To find out more about the Taxi Charity visit www.taxicharity.org

On a more personal note I will be on my door step this Sunday, observing a two minute silence, in honour of my mother's three brothers, who volunteered to fight for their country;

All three survived but were badly affected by their horrendous experiences.

I will also be honouring mum's two other brothers, who did their bit, but in a different way; 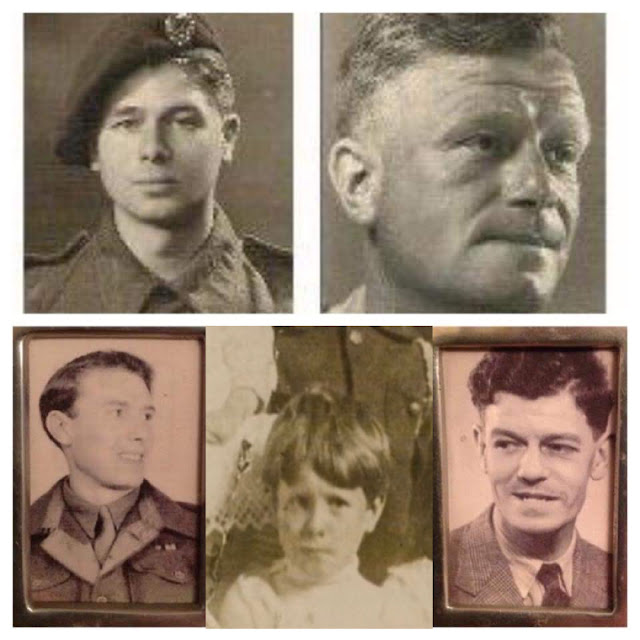 At the going down of the sun, and in the morning, we will remember them.

Posted by Editorial at 2:56 PM