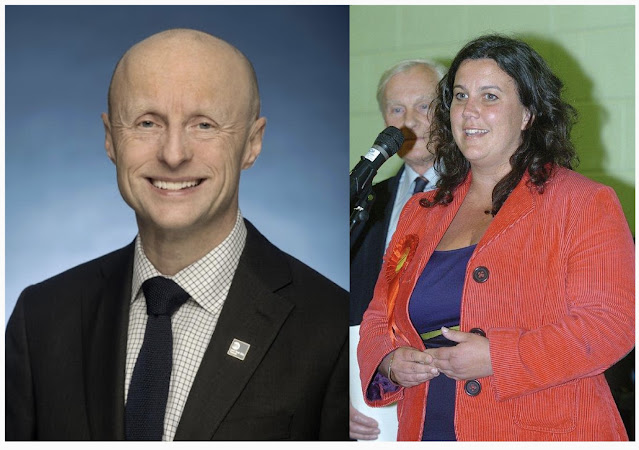 We’ve all been wondering what happened to the promise made to the Greater London Council by the new TfL commissioner Andy Byford.

Mr Byford said he’d seen the devastation caused to London’s traffic, including London’s buses, by the temporary safety (his words) restriction on the Euston Road.

He went on to say they in his opinion, the restrictions including the no left turns should be removed as soon as possible.

It was introduced to encourage cycling in the post-Covid recovery period but has been blamed for road congestion.

Mr Byford says there is an "adjacent bike lane" that can be used.

That was five weeks ago and we’ve all been waiting with baited breath to see if he lives up to his promise.

We can now reveal that Mr Byford’s plan has been radically altered after Deputy Mayor for transport Heidi Alexander got involved.

In a letter received on Friday, the 13th of November, to the Camden Cyclists Lobby Group leader John Chamberlain, Ms Alexander appears to have scuppered Andy Byford promise to remove the Euston cycle lanes in entirety. 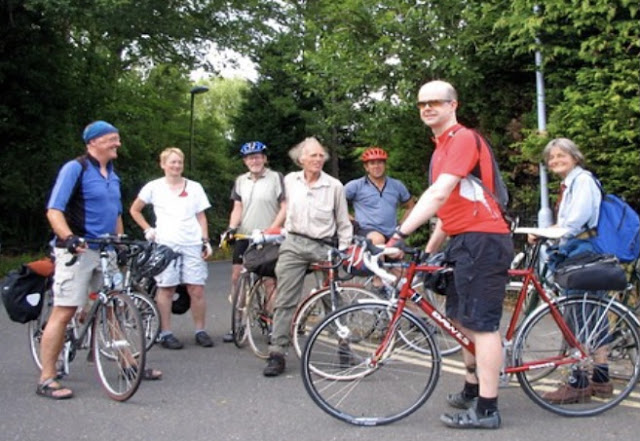 It now appears that TfL have been investigating removal of the Westbound Cycle lane, as that has the most negative impact on Buses. The Euston Road eastbound restriction will still be causing major congestion, excessive unnecessary pollution and major delays. 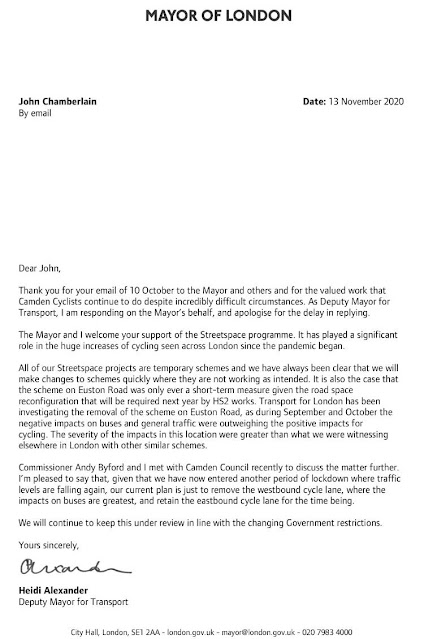 So, the big questions on everybody's lips:

In response to an emergency, every second counts. So If a family member or loved one doesn't make it to hospital and dies in the back of an ambulance or someone dies in a house fire, because the fire service is caught up in the chaotic gridlock caused by the Euston Road cycle lanes not being completely removed....who should be held responsible ???

Or all the members of the Camden Cyclist Lbby Group???

Also, where does the buck stop in the surrounding boroughs with ridiculous road closures and restriction???

Who would have been held responsible, had our sovereign been attacked after her safety was compromised by the restrictions on Chiswick High Road???

It’s been announced that the ban on the sale of new Petrol and Diesel engine vehicles, has been bought forward to 2030... with the sale of new hybrid vehicles which have both a Petrol engine and an Electric motor extended till 2035.

Posted by Editorial at 9:21 AM