Taxi drivers bring Bristol city centre to a standstill as they protested against being banned from using a busy rank. 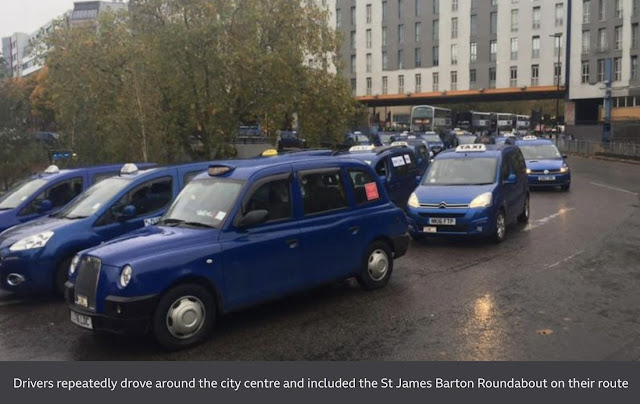 Members of the Bristol Blue Licensing Taxi Association (BBLTA) and other drivers have been fined for using the rank outside the Bristol Hippodrome.

They said it is the second-busiest rank for drivers in the city and is critical for trade.

But Bristol City Council said the rank is "unsafe" and must not be used.

About 100 drivers repeatedly drove around the city centre, creating delays of about 20 minutes, on Thursday.

In a letter to the council, BBLTA's chairman Saif Hussain, said being unable to use the Hippodrome rank, in St Augustine's Parade, was a "disaster" for drivers' livelihoods.

He said members were "struggling to feed their families due to a lack of work available" and had tried to work with the council to "improve the safety of the Hippodrome rank".

Mr Hussain said the authority has instead created a "hostile environment" around the theatre by employing traffic wardens to fine drivers who use it.

The city council said it has had "long running conversations" with drivers about the "severe public safety issues outside the Hippodrome...and why this makes it an unsafe location for taxis".

It said drivers should use a new space, about 30m (98ft) further up St Augustine's Parade, and a larger rank in Colston Street.

A city council spokesman added: "Vehicles parked illegally at both the bus stop outside the Hippodrome and the taxi rank further up the road will be enforced using penalty charge notices.

"Further taxi ranks have been developed outside the Bristol Royal Infirmary and we will keep under review other spaces that can be used safely by the trade."

Who long before drivers are told unsafe to rank at Kings Cross, Charing Cross, Victoria???

more proof that’s it’s definitely not about the safety of residents.

Islington are frustrating motorists in the hope they will contravene the signage, and create revenue for this disgusting council. 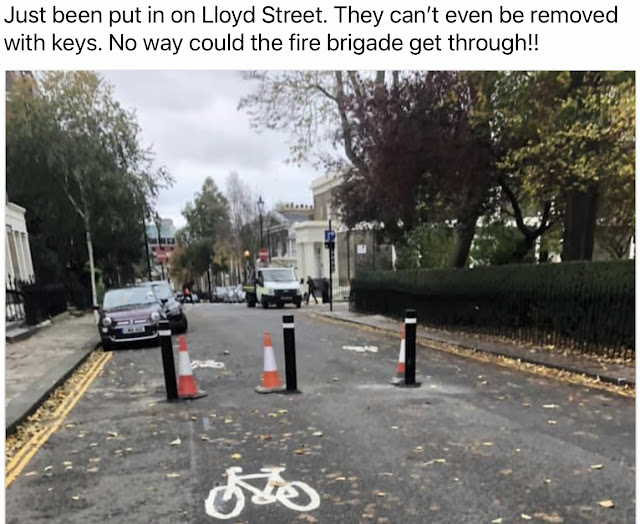 Posted by Editorial at 9:53 AM