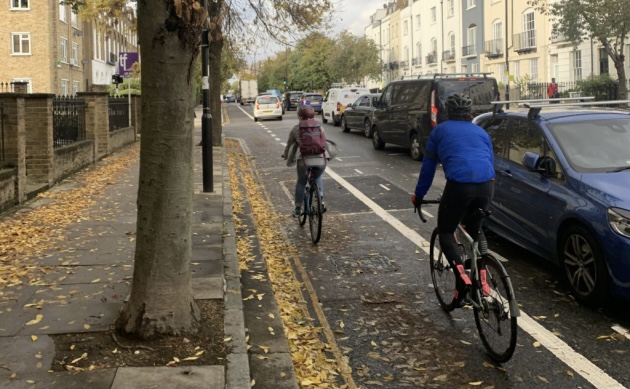 Solicitors are threatening Islington Council with court action over a new cycleway brought in as part of a package of traffic measures around the borough.

A pre-action protocol letter has been sent to Islington Council over the southern end of Cycleway 38, which is part of the wider umbrella term People Friendly Streets.

Rolled out under 18-month experimental traffic regulation orders (ETROs), People Friendly Streets has also seen bollards, signs and traffic cameras blocking some through-roads in targeted areas in a bid to reduce pollution for pedestrians and cyclists.

These wider measures have prompted protests from residents who contested a lack of prior consultation, highlighted access issues for less-mobile people and stressed the knock-on effect on congestion.

The letter sent to Islington Council specifically over Cycleway 38 threatens judicial review if certain documents are not produced.

After a consultation last summer, work began in February on the northern part of Cycleway 38 from Blackstock Road to Fieldway Crescent.

Its construction, which was funded by TfL and includes protected cycle tracks, new pedestrian crossings, wider footways and more greenery, was stopped during the coronavirus pandemic.

However, the council decided to extend the route south - from Madras Place, down Liverpool Road and Tolpuddle Street to Penton Street - without holding a consultation, under ETROs.

Out of a total of 293 resident parking spaces on Liverpool Road, 96 will be removed as part of the scheme.

Liverpool Road resident Erik Pagano, who initiated the pre-action protocol letter, said: “We had confirmation they have received it and it’s being dealt with by their internal lawyers - we are waiting for them.”

He says a 2018 High Court battle between Trail Riders Fellowship and Wiltshire County Council set a precedent that consultation is still necessary under ETROs.

Erik said: “[ETROs] should only be used when the works are genuinely experimental and not just novel and certainly should not be used as a convenient mechanism to circumvent the normal consultation process.

The recent introduction of low traffic neighbourhoods by Hackney Council has led to more protests, with car users and people living on main roads upset at the displacement of traffic on to bigger streets and increased congestion and pollution.

“However, even ETROs require consultation prior to the works being carried out and it is this part where we feel that Islington Council has either ignored or misunderstood the regulations.

“We suspect that Islington has misunderstood the regulations but can’t be sure until we receive the detailed papers requested in our pre-action protocol letter.

“In any event, this is a somewhat technical argument because, if these measures have genuine merit - and they may have - why would you not want to consult the people who are going to be most affected by them?

What are they frightened of?”

Erik, a driver and cyclist, said: “There are no safety problems on Liverpool Road, and as a keen cyclist I believe with all these measures, the benefits they claim to offer are illusory because you can’t create a cyclist haven in inner city London on Victorian streets.

“I don’t doubt the ambitions of the council but it’s not Holland or San Diego where they have acres of space.”

Erik was the victim of a hit and run while cycling in 2006 and said: “I know what it’s like to get knocked off. I don’t believe these measures create this cycle highway – I think it looks more unsafe.”

He added: “This is not about less car space or against bikes, it’s not against special lanes, it’s not about how I access my car – the issue is the ETROs were incorrectly made and the proper consultation was not completed.

Cllr Rowena Champion, Islington Council’s executive member for environment and transport, said: “More people are avoiding public transport at the moment in light of the coronavirus pandemic and the resulting need for social distancing, which is expected to lead to a rise in motor vehicle use.

“This will mean more danger, pollution, and congestion on Islington’s roads.

“Measures that make it easier for local people to walk and cycle as traffic volumes rise, and that help to prevent a further rise in motor vehicle use, are therefore vital.”

She said only about 30 per cent of households in Islington own a car.

“This innovative new cycle route will make it easier for local people to cycle and walk around Islington, enabling residents and visitors to enjoy our borough in a way that reduces unnecessary car journeys, pollution, and congestion,” she said. 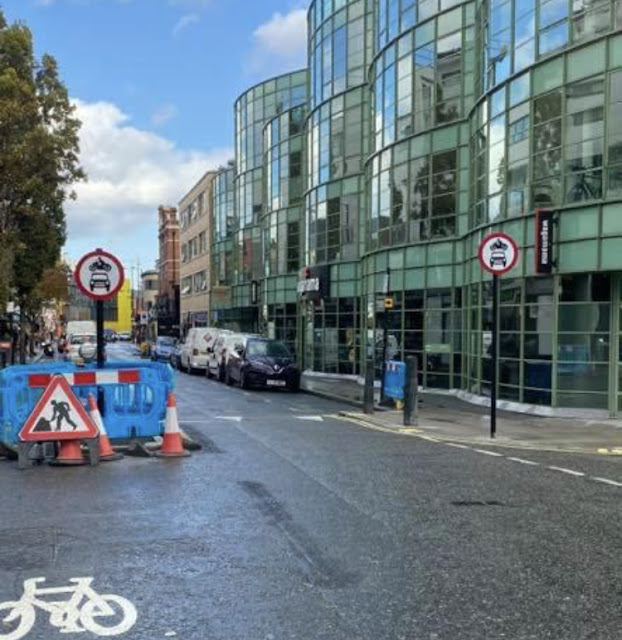