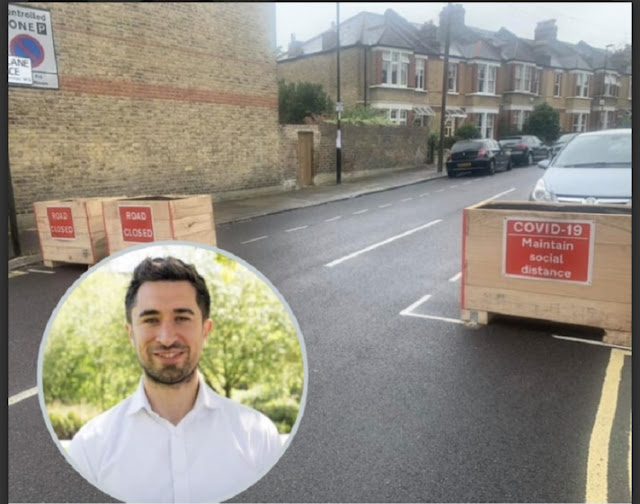 Lewisham council is set to “open up” its first low traffic neighbourhood after surrounding roads saw a “major” surge in congestion.

An announcement on the exact changes to the Lewisham and Lee Green LTN is expected any time this week after the borough’s mayor thanked people for their patience on Friday “as we work through the next steps”.

The LTN, a set of road barriers to reduce through-traffic, was brought in under Covid-19 emergency transport measures and has received mixed feedback.

The scheme aims to promote active travel such as cycling, walking and public transport, which many residents support.

However, traffic has been displaced into roads outside of the LTN, leaving locals concerned about road safety and air pollution.

Lee Green Ward councillor James Rathbone said today that the LTN would be “opened up”.

He said: “Traffic congestion outside central London is well above historic levels, and in September was regularly at 150 per cent or more than in 2019.

“The primary road network is overwhelmed, and Lewisham council and Transport for London (TfL) will be taking urgent action to reduce pressure on the South Circular.”

Cllr Rathbone said the news was “obviously incredibly disappointing for anyone who supported the trial”.

He added: “Traffic levels are up huge amounts across South London, with major increases in congestion in areas with LTNs and areas without them.

“The only way the council and TfL can ease pressure on the South Circular around Hither Green and Lee Green right now is to open up the LTN.

“My hope is that in the future – after Covid-19 and when traffic levels are back to their pre-2020 levels – we can keep working on traffic reduction measures in Lee Green.

“But right now it is vital that TfL and the council relieve pressure on the South Circular in the short term.”

Posted by Editorial at 6:19 PM