Every November for over thirty years Alec Borrie, 96, from Slade Green has attended the Field of Remembrance at Westminster Abbey, sadly this year will be very different 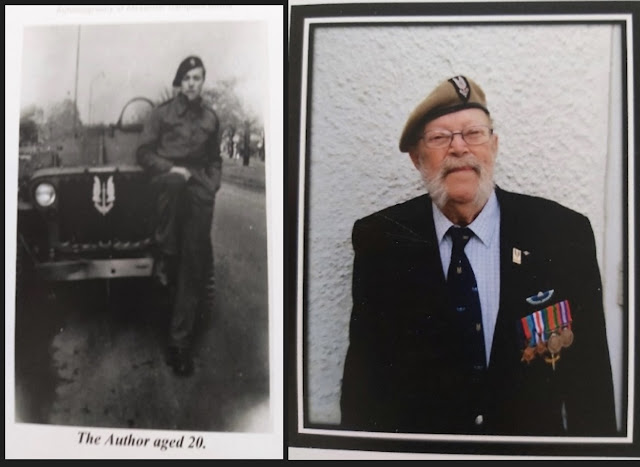 Every November since 1928, the Royal British Legion has established a Field of Remembrance in the grounds of Westminster Abbey.

The field is a sea of remembrance crosses with scarlet poppies – a symbol of remembrance and a tribute to the memory of ex-Service men and women. For decades, 1st SAS, WWII veteran Alec Borrie has been part of this event, which includes a service to “remember those who gave their lives in the conflicts of time that we might enjoy freedom and peace.”

Sadly, the pandemic restrictions mean that the annual events have had to be dramatically scaled back and for the first time in years Alec will not be with his friends from the SAS on this important occasion.

Alec Borrie, said, “Every November for over thirty years I have travelled to London on the Thursday before Remembrance Sunday to attend the Field of Remembrance.

“On this special day I meet up with friends and after a representative of the Royal Family has been to the Field to meet service men and wone and pay their respects to those we lost  I go to the Cloisters for a service where the names of all the SAS who have died are read out. Afterwards we go to the SAS barracks for a lunch and after a couple of drinks and some fabulous food I leave at about 4pm.

“Sadly this year I will not be able to attend I am very very disappointed, as I am not sure, due to pandemic restrictions, how I will be able to mark this important date this year.”

Dick Goodwin, Vice President, The Taxi Charity for Military Veterans, said, “The Taxi Charity for Military Veterans charity has delivered a special Remembrance Day card to remind  all the veterans we support that we will be thinking of them and we sincerely hope that next year they will be able to pause and remember the friends who didn’t return in the more usual way.”

To find out more about the Taxi Charity visit www.taxicharity.org

Alec Borrie volunteered for the army in 1942 and joined the Gordon Highlanders. After four months training there were no vacancies in the battalions, so he was sent to the Highland Light Infantry.

His first mission was on the Orkney Islands looking for spies. The weather was terrible so when they were looking for volunteers for the Parachute Regiment, the Commandos and the SAS, Alec volunteered for the SAS having no idea at that time what the new SAS was.

He was interviewed and accepted and became part of the 1st SAS and did his training near Kilmarnock with about 30 men who were whittled down to about fifteen during the training process.

Some of the SAS went to D Day but Alec was dropped off in France a few days later and after picking up a jeep drove through the German lines towards the South of Paris just 150 miles from the front line.

Once behind the lines he didn’t see another English person for two months.  One of the first things he was involved with was shooting up a small convoy which turned out to be much bigger than they thought so it was very nearly his first and last action.

Coordinated through the wireless they helped the Resistance by dropping in food and aiding with training. It was not the safest of places as they were surrounded by Germans and of the total 1st SAS in France over half didn’t return.

They were either killed in action or betrayed and shot as spies.

From here Alec moved on to Brussels and then to Holland where he was assigned to patrol the River Maas.

The Germans were on one side and the British on the other and bizarrely as it now sounds, they would wave at each other most mornings. One day Alec had to drive into Germany to pick up an agent and was not stopped as he drove over the bridge but waved on his way.

Alec came home on leave in 1945 for four weeks but after two weeks, as the British crossed the Rhine into Germany, he received a telegram ordering him back.

There he acted as Reconnaissance for the Canadians but each day the SAS would move about 30 miles forward and the Canadians behind them might only move a couple of miles, so they were pulled out.

This was Alec’s last mission as one day while out in the jeep he drove over a mine, two of the passengers were lucky to escape with injuries and sent home, but the third passenger was killed.