Cllr Hall Asks Andy Byford, Can Taxis Go Where Buses Go. He Replies, "I Consider Taxis Be Part Of The Public Transport Offer". 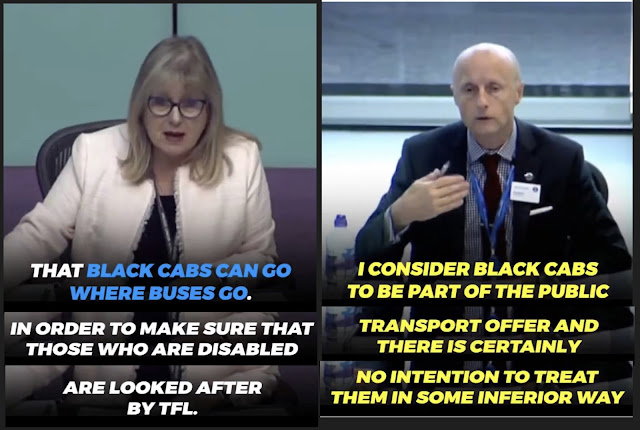 Stating that not everyone can cycle or walk and that many disabled people depend on Black Cabs to get about.

Andy Byford said sure, he will reenforce this to his team. He said that just to give some reassurance, where TfL have introduced 24 hour bus lanes, Taxis can go along these lanes.

He went in to say:

"I consider Black Cabs to be part of the public transport offer and there is certainly no intention to treat them in some inferior way or to degrade them in terms of a mode".

"I will enforce that to my team that this must be factored in to any scheme we introduce".

Councillor Susan Hall said she was thrilled to hear this. 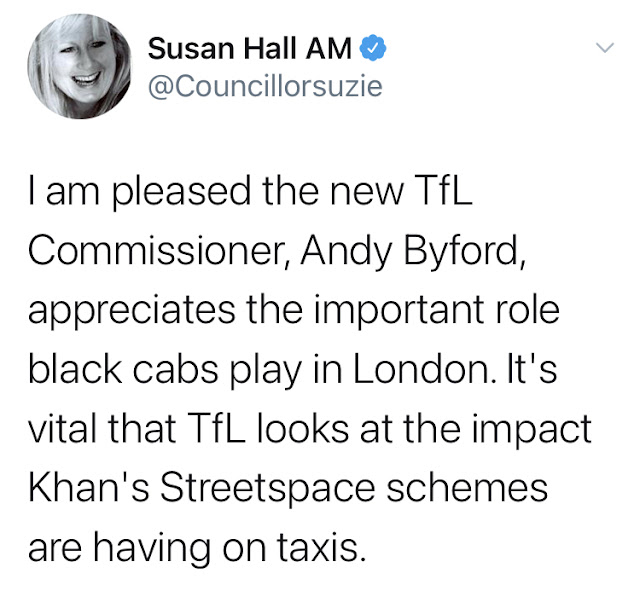 It is now up to our orgs to make sure Commissioner Byford keeps his word and that Taxis now be allowed to use not just the ones they are using, but all TfL bus lanes and bus gates.

A massive thank you from the Taxi trade to Councillor Susan Hall who has been fighting for our right as a completely 100% wheelchair accessible service, to use all TfL bus lanes and for Taxis to be considered part of Public Transport (again).

Posted by Editorial at 3:26 PM