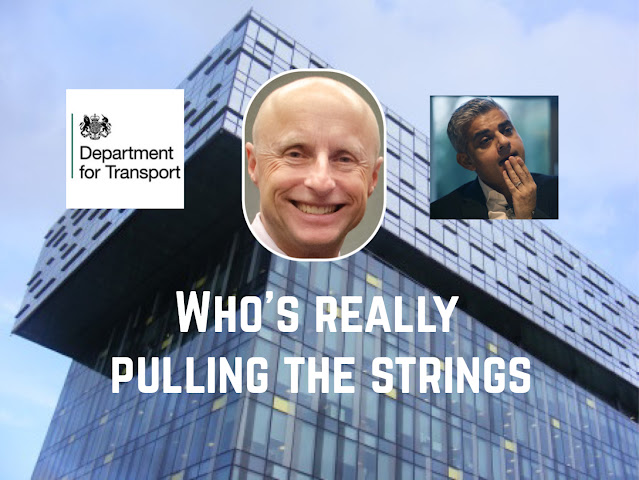 The head of Transport for London (TfL) has been sent a report into his own transport system, over half of which had been redacted.

TfL commissioner Andy Byford revealed that over two-thirds of a draft report undertaken by KPMG into Transport for London was missing after he was sent a copy by the Department for Transport (DfT).

Speaking to the London Assembly, Byford said he only realised the scale of the redactions after looking at page numbers in the version report he had been sent.

The government commissioned KPMG to undertake a review of TfL's finances following a £1.6bn emergency funding agreement negotiated by the mayor of London Sadiq Khan following the outbreak of Covid-19.

It is understood that the final report has yet to be submitted, with Byford handed a draft version. The DfT has yet to respond to a request to hand over the report in full with TfL willing to agree to confidentiality clauses to access the report.

Asked while giving evidence to the London Assembly’s budget and performance committee to clarify if he had seen the full report Byford said: “I have seen one third of it [the report]. It was sent through to us and two-thirds were redacted. I’ve asked to see the remaining two-thirds but that request has gone unheard.

“I have offered confidentiality. Clearly there has to be a level of trust if we are to come to a satisfactory funding agreement and I get that the KPMG report is a key input into the government’s thinking.

“I might have expected the odd redaction here and there I was taken aback when looking at the page numbers, that two-thirds were missing. I have challenged my colleagues  over at the DfT and have said I would be prepared to be bound by confidentiality rules. But as yet that has gone unheard.”

Byford said that TfL is able and willing to help the government with schemes that could help boost the economy following the pandemic, with a number of "shovel ready" projects which, if given the green light, could see work accelerated. However the TfL commissioner admitted that he did not know what long term impact the pandemic may have on passenger levels on its network.

Byford noted: “There are some people who have this view that London is a greedy beneficiary of all these [public] funds however a vibrant London is the economic powerhouse of the whole country. What we have put into this plan is meant to address and whet the appetite of government.

TfL has modelled five scenarios which look to predict behaviour over the coming years. The most optimistic scenario modelled was a V-shaped recovery, a scenario which foresees a second wave, a further scenario whereby people shop and work much more locally, and ones where population growth within London slows.

Byford added: “We don’t have a crystal ball, but we do have the best available information that we can lay our hands on to date with the BoE, or various institutions which model to date.

"With the budget available information now, we’ve put together what we think will be demand and addressed schemes to meet that demand. Is it perfect or bound to be 100% correct I cannot say."