Is This Really The Great City Of London, Or Has The Mayorotaur Turned It Into The Labyrinth From Knossos?

This example just goes to show, that the people running City of London Corporation, haven’t got a clue what they are doing, this is a piece of genius planning... not 👀

Are the City of London Corporation remodelling the iconic square mile, the financial centre of Europe, into the ancient Cretan City of Knossos?
With a labyrinth running alongside one on the UK,s busiest transport hub?

Makes you wonder just what you might find at the centre of the CoL labyrinth, lurking in the dusky depths of Devonshire Square? 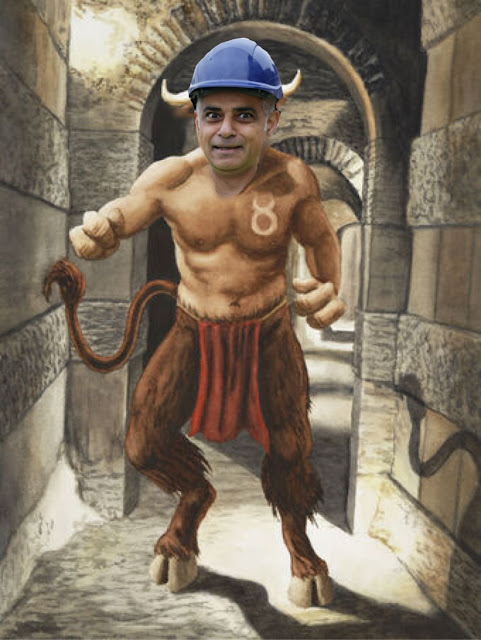 The Mayorotaur, half bull, half nut-job .

But where is the Taxi trades Theseus???
Apparently, the position is currently still vacant!