Covertly, Under Cover Of Covid, An Almost Bankrupt TfL Is Providing The Funds To Restrict Movement In Wandsworth 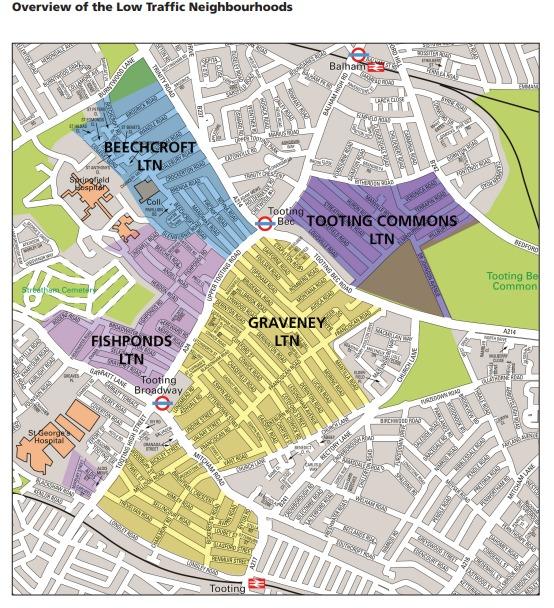 Changes made on August 17 are part of the Council’s response to the coronavirus pandemic, to create more space on roads and encourage alternative forms of travel.

They mainly include a series of ‘modal filters’ – which prevent motor vehicle access but still allow enough space for bicycles to pass through.

Working on a trial basis, the effectiveness of the Low Traffic Neighbourhoods (LTN) will be monitored and evaluated over a period of six months.

The Council says feedback from local residents will be key in determining if these pilot schemes are to be retained or withdrawn.

So far, views appear to have been mixed, with many citing delayed journeys and subsequent increases of traffic in other areas.

Funding is being provided by (a virtually bankrupt) Transport for London (TfL) under its London Streetspace Plan....which aims to persuade people to take up alternative forms of travel as the country emerges from lockdown.

But, it doesn’t end there!!!Transport for London (TfL) is also trialling its own separate and ‘additional measures’ on the A24 Tooting High Street/Upper Tooting Road.

Transport spokesman Cllr John Locker said:
“We believe the changes we are piloting could lead to a dramatic improvement in the quality of life of residents in these three pilot areas.

“Much of the traffic using these streets is simply passing through or trying to avoid hold-ups on the A24. By deterring these rat runners and making these areas quieter and safer we hope to inspire people to take up other forms of travel like walking and cycling.

“But nothing is set in stone. These are temporary pilot schemes only so it’s important that we monitor the effects carefully and listen closely to what local people tell us about their pros and cons. Their feedback will be crucial in determining what happens next.”

Andrew Pierce: More cycle lanes are the LAST thing we need - we've had enough of Lycra louts on bikes!
The Government are to put the brakes on a bonkers plan to let councils close roads and turn them into cycle lanes without consulting residents.

Good, says our brilliant columnist. Cycle superhighways have slowed our streets to a crawl and rude, selfish cyclists don't deserve them 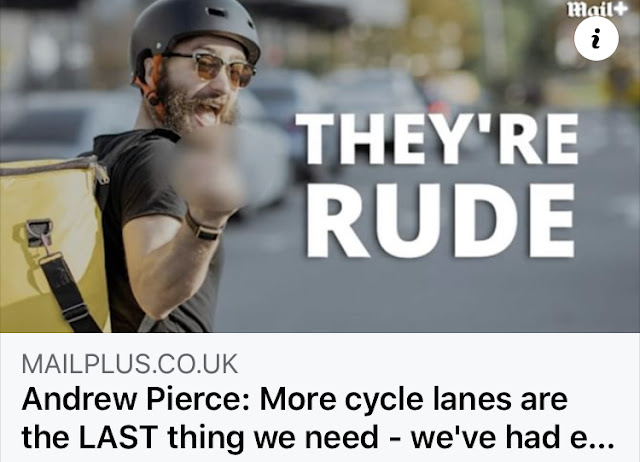 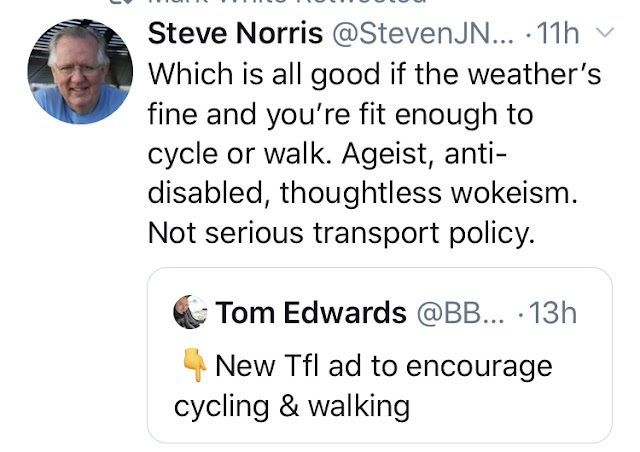 Posted by Editorial at 6:51 AM