The Cut To Be Closed To Through Motor Traffic 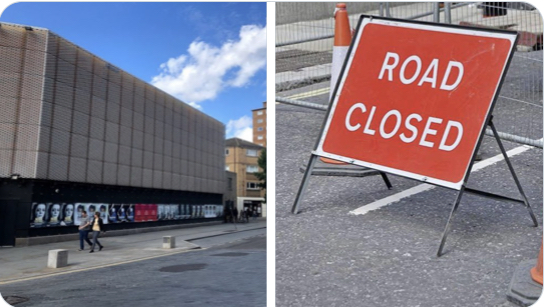 Plans to close the central section of The Cut to through motor traffic are being drawn up by Lambeth and Southwark councils in conjunction with Transport for London.

The councils are proposing to ban motor traffic from The Cut between Short Street and Hatfields – or in other words from the Young Vic in the west to the The Anchor & Hope in the east.

The scheme is part of Transport for London's plan to develop "low-traffic corridors" in central London to discourage the use of motor vehicles during the recovery from COVID-19.

A report published by Southwark Council this week notes that "TfL and Lambeth have identified the need for significant improvements to active travel along The Cut".

The section of road to be closed forms part of the borough boundary, with the northern half of the carriageway in Lambeth and the southern half in Southwark. The road closure scheme is being led and funded by Lambeth Council.

Southwark Council's backing for the scheme is expected to be signed off by Cllr Richard Livingstone in the coming days.

The principle of closing The Cut to through motor traffic has been trialled this year, with the road blocked between January and July at its eastern end whilst Thames Water repaired a burst water main.

Southwark Council said that "the need for rapid intervention before traffic levels increase to an unacceptable level has been identified".

The impact of the 24-hour road closure will be monitored and "if needed" could be downgraded to a timed closure similar to the scheme introduced last month in nearby Lower Marsh.

And now, in the heart of Theatre Land, TfL bring you
THE PANTON STREET LABYRINTH 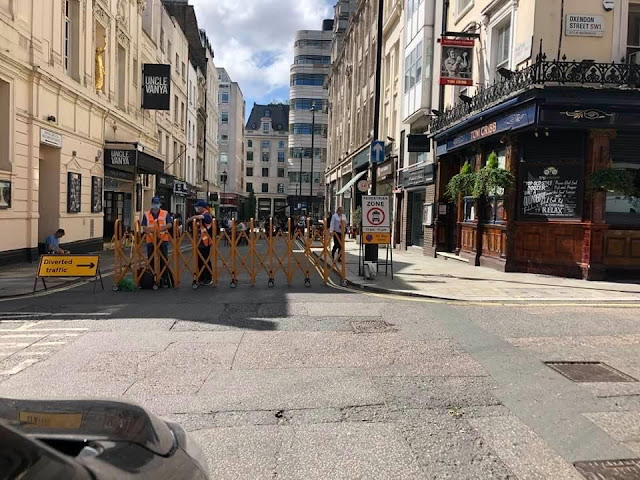 Under the hypocritical name of ‘People Friendly Streets’, TfL and the Mayor are encouraging local councils to make traffic in the capital so bad that people will only consider coming into town on the tube.

It appears they are willing to cause massive toxic air pollution from gridlocked streets, to get their £18.25bn Cross-Rail investment back.
That’s the agenda! 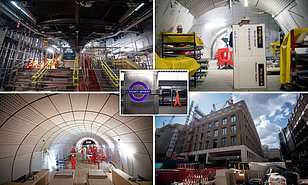 Posted by Editorial at 9:55 PM