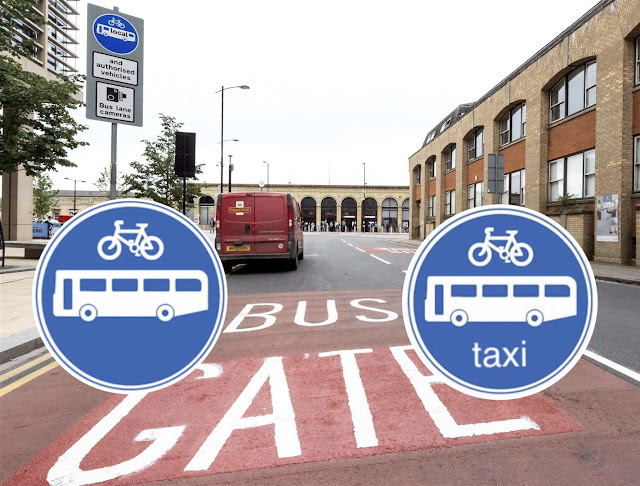 I am perplexed by TfL’s decision to not allow taxis to travel through restricted streetspace schemes.

Not only is it counter-intuitive to deny the only demand responsive door to door service from accessing LTN’s, but it is an unnecessary attack on anyone who struggles to access mass transport options.

Connected transport and accessibility is a serious concern for many taxi passengers.

Mobility remains an issue for the frail, wheelchair dependent, elderly, sensory impaired and people carrying heavy luggage or shopping. It also follows that taxi customers are not means tested, so the service provider has to assume that every passenger has a potential disability and needs to be dropped at their desired destination.

Why is TfL intent on forcing taxis to use time-inefficient, costly routes?
Unless it is your intention to make the service so undesirable that drivers are forced out of business!!!

It is time TfL was honest with the taxi trade.
Keeping drivers in a state of interminable limbo has serious consequences on a persons mental wellbeing.

Simply put, mental health is a disability, and disability is one of the protected characteristics of the Equalities Act.

Given the current situation we all find ourselves in it is unfathomable that TfL would knowingly impose policies on its workforce which they know would severely impact on their working practices which could lead to mental health and well-being complications.

Additionally, economically impacting on drivers earning potential detrimentally affects their ability to scale up to investing in a more sustainable vehicle? 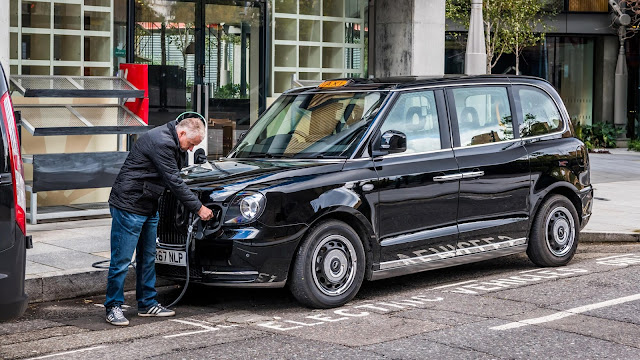 Is TfL determined to drill the taxi down to a one tier system? If so you would have to collapse the conditions of fitness on the purpose built vehicle because drivers wouldn’t be able afford the inflated cost of the TXE.

Again, if this is your intention you need to be honest.

The knowledge of London is about safety and efficiency and yet TfL’s failure to support it’s regulated trade is depriving black cab drivers of their inalienable right to ply their trade as they are compelled to do to serve their customer base.

Their capacity to trade is thereby inhibited by TfL’s prejudicial and persecutory polices. Facilitating our existence but disabling our functional ability is the antithesis of promoting a healthy future.

The vehicle is also mandated to be about safety and individual liberty. 180,000 journeys - pre-lockdown - were completed every single day with very little fuss.

Why don’t  TfL see the benefits of a highly regulated, municipally safe and efficient service?

Can TfL not make it a condition of their funding of local implementation schemes to include taxis?
It is a political decision after all, not a legal one.

I reiterate, if you no longer see Taxis as part of the overall eco-transport solution then you need to come clean now.

In closing, the  trade already knows they are not dealing with genuine people in the upper echelons at TfL. Maybe it’s time you proved them wrong by progressing beyond the usual pre-programmed responses. 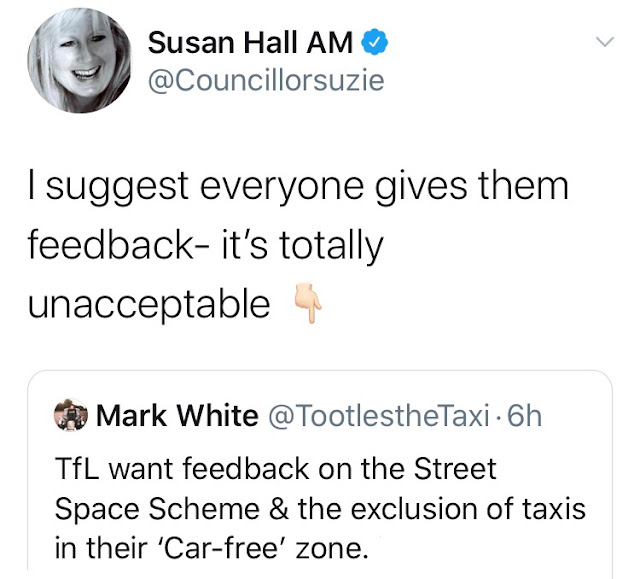 TfL have asked for feedback on their streetspace London scheme.
Have your say by emailing them at this address

streetspacelondon@tfl.gov.uk
Posted by Editorial at 7:14 PM