London Is Dying... The Mayor Of London And TfL, Couldn’t Run A Piss Up In A Brewery 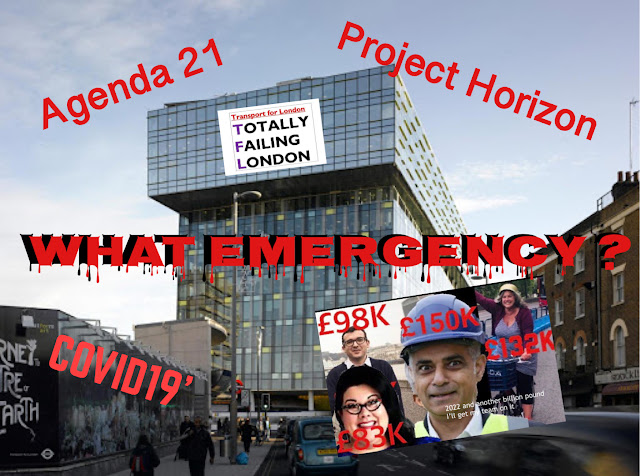 Day on day, it just gets worse. Today, we saw a fire engine stuck in between two planters. Ambulances stuck in gridlock and virtually empty cycle lanes.

But, this isn’t a sudden attack from TfL and the Mayoral office....it started slowly back in 2010 with a covert agenda called Project Horizon. We tried to warn the trade what was happening, but no one listened.

Under Horizon, the objective was always to drastically reduce the number of drivers and vehicles by at least 50%. But that wasn’t the full objective. The plan was simply to create a one tiered service with private hire (which would be greatly expanded) and do away with the knowledge.

The trade fought back on occasion, but was never supported well enough, by the rank and file drivers who carried on working around the disruptive protests. A few protests were frankly embarrassing with just a few dozen drivers in attendance. Yes, we had one or two impressive demos, with 3-4,000 taxis turning out....great for publicity photos, but we got little to no media coverage. Representation and leadership has been poor to say the least.

The future of the trade is now further under attack, with TfL using the COVID emergency as a cover. Many drivers have left the trade to find work in other fields and most rental Taxis have been returned to garages.

'Through routes' have been taken away to create quieter streets, With vehicles redirected onto main roads, where cycle lanes are squeezing traffic into congested one lane nightmares. No left turns, no right turns, barriers stopping prospective passengers hailing cabs, takings down by 70-80%.

Anyone who try’s to point out to the trade what’s happening... is immediately labelled a 'Gloom and Doom Merchant'.
Virtually all, who have picked up the gauntlet to fight back, have been let down by the majority.

Drivers are now screaming for action, but going on the trade's poor attendance of previous protests, no one wants to come forward to lead the charge.

Well apparently there is a WhatsApp group (I’m not in it btw) who are planing to demonstrate on Tuesday.

They say they have 200 members that are going to turn up but so far, they haven’t said when or where.

On the other hand, the LTDA and UTAG are pleading with drivers not to protest because they’ve served legal papers on TfL and they add the caveat that any protests or demos could jeopardise their case.

Didn’t we hear this before with the LTDA, when we were protesting at the Bank Junction.

They said "please hold, wait and see...as their legal team was investigating".
And of course, we lost the Bank and now we are losing most of the city. Bus gates, no entry, roads closed.....

It Appears That Local Residents Are Having More Of A Success:
In Hackney residents persuaded the council to reopen Skew Bridge, which had been blocked off, so children could 'play in the road'.
Shouldn’t we be teaching our children not to play in the road??? 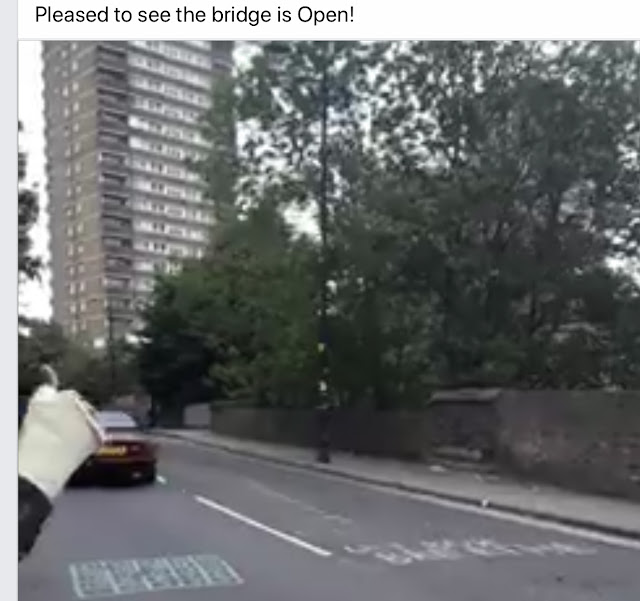 In Harrow, the leader of the opposition, got the council to drop 5 of 9 planned restrictions after his residents complained en masse.

In Islington residents and emergency services got certain bollards removed, but these were replaced by enforcement cameras. (Follow the money). 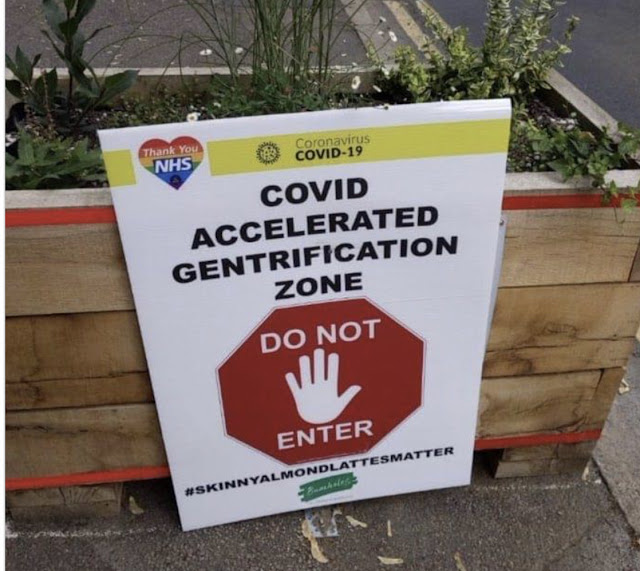 This whole situation is a complete mess. London’s businesses are dying!
TfL, the Mayor and Local Councils are digging themselves deeper into holes and refusing to let goof the shovel.

Mass Taxi protests are unlikely to return as many renting drivers have backed their cabs. The situation for ‘on foot’ demos is unclear as government policy says only groups of 6 or less may assemble to protest. Any more, their could be arrests.

It will be interesting to see what happens to the Extinction Rebellion and the Black Lives Matter protests, planned in the very near future.

So, where do we go from here....All the generals appear to have all left the field of battle.

Posted by Editorial at 8:53 PM