As TfL Sidesteps The Uber Appeal, Taxi Leaks Asks ... Is BritishJustice, The Best Money Can Buy ??? 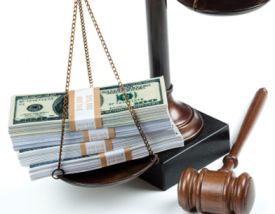 It’s finally made the main media that Uber attempted to cover up a major safety flaw that allowed drivers to use fake identities, a court has heard.

Of course, Taxi leaks have made many posts about the subject over the last few years.

This online Minicab app is accused of not notifying Transport for London of a glitch that let drivers swap their photos in the app, potentially letting drivers use profiles that were not theirs, in the run-up to the authority's decision not to renew Uber's licence to operate in London.

And yet, the industry regulator has stated that they will be (again) taking a back foot in this long running case, and let the court decide if this company should be relicensed.

Uber's licence was refused again at the end of a temporary licence granted by Emma Arbuthnot. Last November TfL, cited "several breaches that placed passengers and their safety at risk".

The minicab app is now (again) appealing this refusal to renew decision, but has been allowed to continue to operate in the capital under a free of charge extension, while proceedings are ongoing.

At Friday’s hearing at Westminster Magistrates' Court, to prepare for the final appeal hearing next month, it was heard that Uber received 27,799 safety-related complaints in the first six months of 2019 alone.

The company was also accused of allowing the glitch that let drivers use bogus identities and shared accounts, while not flagging the issue to TfL. 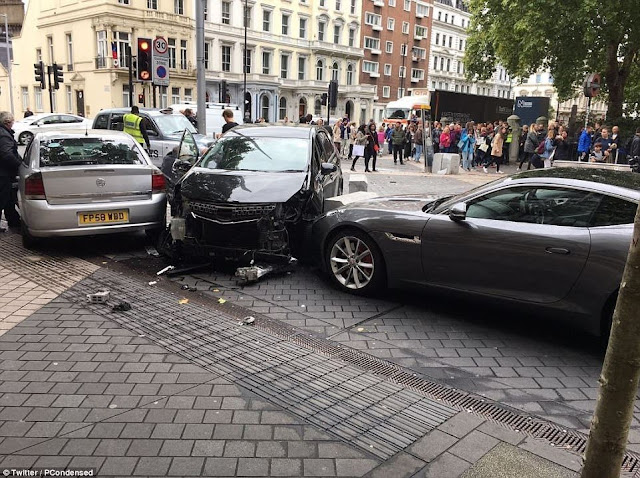 The driver who mowed down 11 pedestrians on Exhibition Road (Juma Ali Omar), was not the authorised driver for the Uber app, on the phone found in the car. At his court case, it was uncovered that he had used a false passport to acquire a Private Hire drivers licence from TfL. This incident has subsequently been whitewashed in the mainstream media.

In February, the black cab drivers' group the Licensed Taxi Drivers' Association (LTDA) was granted permission to take part in the appeal.

However, Tim Ward, representing Uber, said the claim the company "attempted to conceal or minimise matters" was "completely undefined".

He said that Uber was "to put it mildly, strongly concerned about these proceedings" and tried to argued that the issue of the fake driver identities had been raised too late to be considered by the judge.

He added: "The issues are complex and wide-ranging as it is. I have no doubt legal teams on both sides are entirely flat-out trying to get this case ready for court. It is highly prejudicial for wide-ranging allegations to be made at this late stage. They have had this decision since February and Uber's evidence since July."

The judge, deputy chief magistrate Tan Ikram, said he wanted the issue resolved before the appeal went ahead.

After a 25-minute break in which lawyers thrashed out details, the judge was informed both sides had reached a consensus that it would be considered whether Uber concealed the photo fraud issue from TfL.

The court also heard that at the final appeal hearing Uber will have a whole day to open its case, while TfL's opening will take only 45 minutes, plus 30 minutes for submissions from the LTDA.

Speaking about the length of Uber's opening submission, Mr Ward said: "The material is dense and lengthy and the issues are complex."

He asked the judge if he was familiar with the Uber app, or whether he needed a "walkthrough". Mr Ikram responded, chuckling: "It would be helpful. That's not to say I haven't got it somewhere on my phone but, yes."

The final appeal is due to be heard on Sept 14. 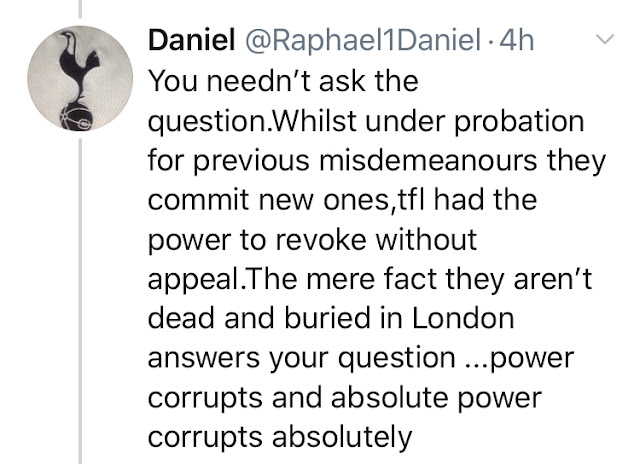 TAXI LEAKS EXTRA BIT:
Unfortunately, the extent of fake documentation by Uber drivers, doesn’t appear to have been added to this case. 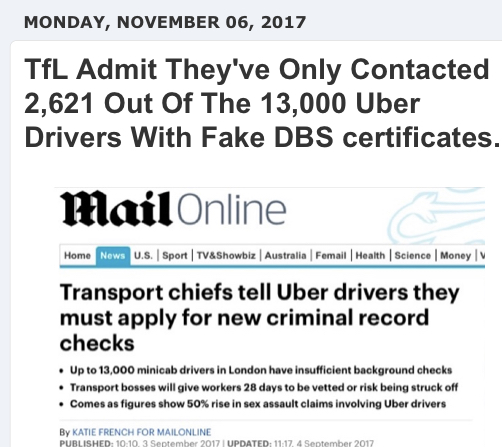 13,000 drivers apparently side stepped the Criminal Record Checks process and submitted fake certificates which were accepted by TfL.

The matter was exposed in the Times first of all and TfL said all these drivers would be contacted to submit new DBS certificates.

TfL had this to say about the matter, in the Times article:
Transport for London (TfL), which licenses taxis in the capital, is writing to at least 13,000 minicab drivers — more than a tenth of the total — telling them their background checks are no longer valid. The drivers will be given 28 days to make new applications for vetting or be taken off the road. They work for several companies but the largest number are Uber drivers. 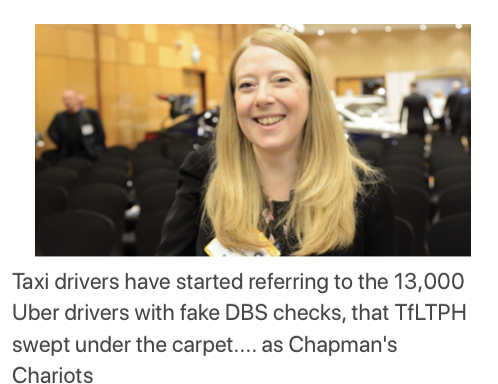 Helen Chapman has since stated that only 2600 drivers have resubmitted DBS checks
It later transpired that only 2,600 were contacted, before TPH dropped the issue after the story left the media.

This cartoon below, sums up the bias BBC 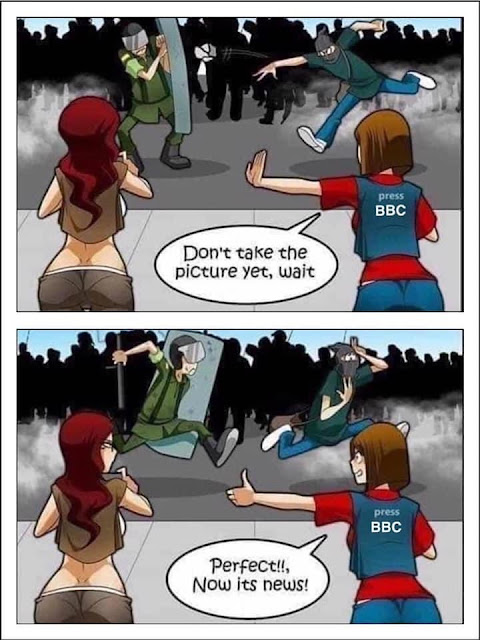