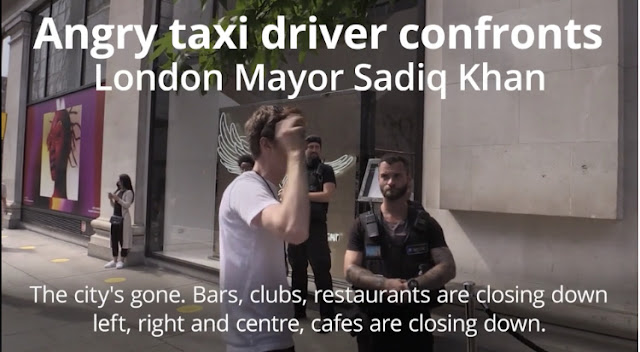 A bystander who identifies himself as a taxi driver but would not give his name, heckles London mayor Sadiq Khan. 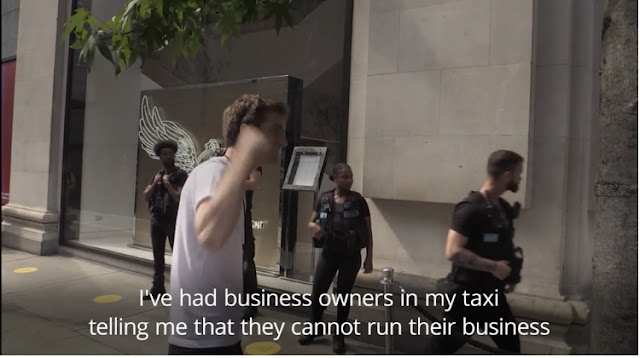 He blames Khan for stifling business in the capital by "shutting it down" via his transport policies.

The man is not only applauded by other taxi drivers, he’s also applauded by passers-by in Oxford Street, central London, where Mr Khan had been greeting staff at Selfridges department store, where many of the full time staff have lost their jobs.

When asked about the incident during an interview later that day, the Khan said he sympathised with black cab drivers, but stands by his stance to keep many central London roads pedestrianised, because he didn’t want to see a car led recovery that could lead to traffic congestion 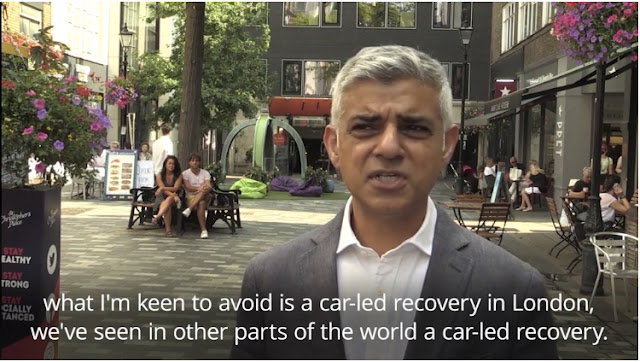 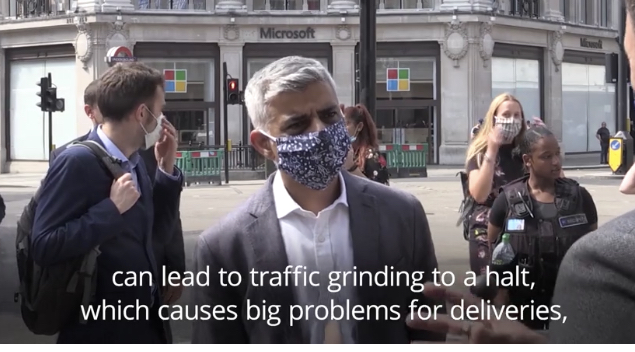 Has the mayor been cycling round wearing blinkers.... that exactly what he and his team have done.

The new traffic restrictions have caused massive traffic congestion, with air quality pollution at an all time high, even with just a fraction of the pre-pandemic lock down.

Khan needs to be stopped as his plans haven’t worked and it doesn’t take a genius to work out why. Gridlocked traffic beside empty cycle lanes

It’s true, the lunatics have taken over the asylum.

The utter madness of the Euston Road restriction. Near gridlock congestion, caused by an empty segregated cycle lane... is this the workings of a sane mind???? 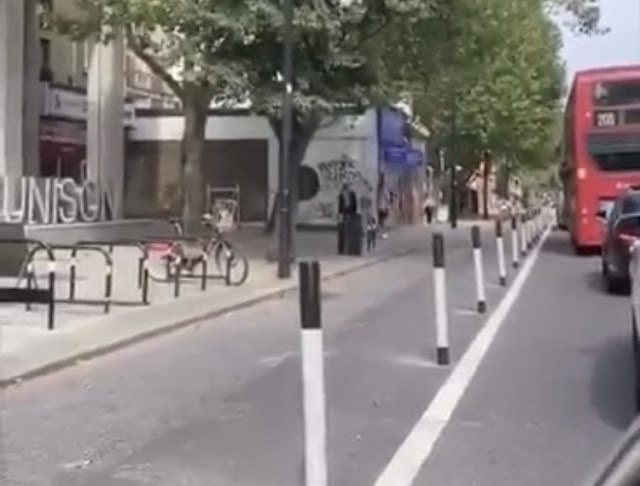 Posted by Editorial at 8:58 PM