Sadiq Khan Accused Of Misleading MPs, By Saying The Number Of TFL Staff Earning Over £100k Has Gone Down On His Watch. 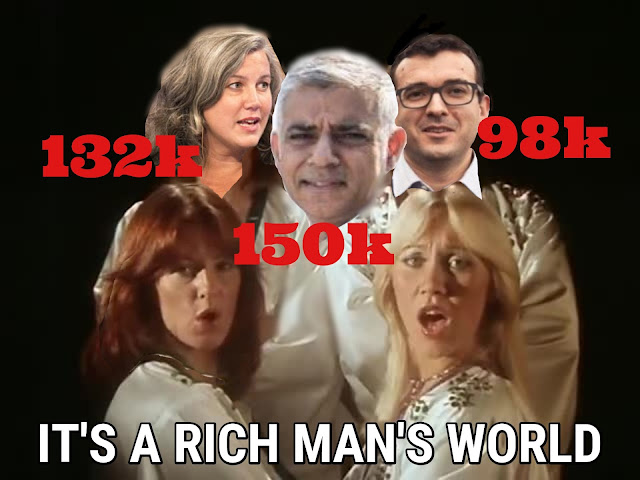 SADIQ Khan has been accused of misleading MPs by wrongly claiming the number of TFL staff earning huge paypackets has gone down on his watch.

The London Mayor falsely claimed that there were fewer people at Transport for London raking in more than £100,000 a year than when Boris Johnson was in charge.

But actual figures show they went up in the first two years of his term,  dropped (slightly) the third year, but then went up again last year.

Khan told MPs on the Transport Select Committee earlier this week: “Unlike during the previous administration where the number of people earning over £100,000 was going up and bonuses were going up, in the last 4 years they have been going down.”
This statement was false!!!

He said that the number of people on high salaries had gone down, which again, is not correct.

By the end of the financial year 2015/16, when Mr Khan took over the job as London Mayor from Boris Johnson, the total number of TFL employees earning over the huge sum was 458 – including Crossrail staff – according to figures from the Conservatives.

Under Khan, that figure went up for the next two years – to a high of 617.

In the third year the overall figure dropped to 515, but was still higher than under Johnson. Last year, it went back up again to 557.

Khan is accused of failing to manage TFL’s finances properly, with “huge debt”, and “wasting millions” on personal vanity projects.

News has also emerged that the Mayor is demanding another bailout for TfL, just weeks after a £1.6billion injection of cash from the Government.

Khan said yesterday the capital’s transport system would need even more subsidies to cover its day-to-day costs during the coronavirus crisis.

Mr Khan said the strings attached to the deal – including using Government advertising on coronavirus and reporting staff sickness rates directly to the Government – were unfair and unreasonable.
Many Londoners feel that the only string attached to any further bailout is for Khan and his team to resign.

TAXI LEAKS EXTRA BIT:
You don’t have to be a financial genius to realise why TfL have run out of money so quick.

Khan has given money away to local councils to build (so called temporary), completely unnecessary road space restrictions.

This huge give away by TfL has backfired, as people give travelling into central London a large swerve, mainly because of the massive congestion being caused and the dangerous poor air quality.

Khan, with help from these councils, has bought London to its knees. 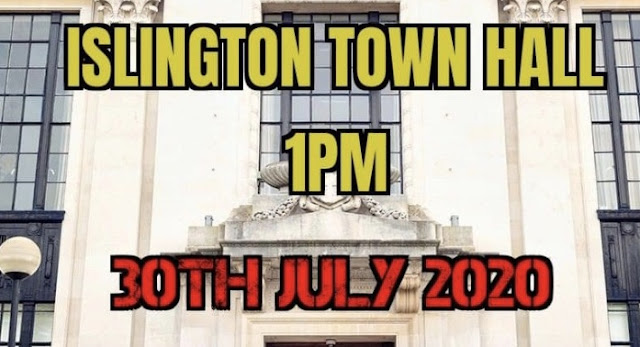 Join us next Thursday, and let Islington Council know how we feel about them closing off streets without consulting residents or local businesses.
As London Taxi’s use Islington streets to find and set down passengers, so we have an interest as a local business. Plus let’s not forget that there is a large number of Taxi drivers (approx 500) who live in the 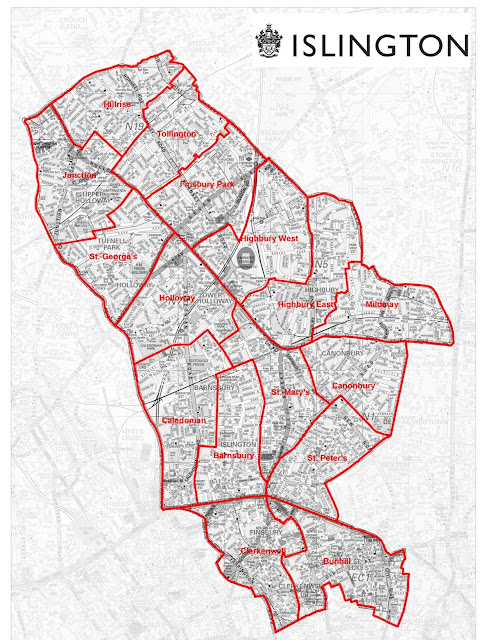 BY THE WAY......
While we are on the subject of huge salaries.... wonder if the residents of Islington know that their unelected Chief Executive (Linzi Roberts-Egan) is paid an eye watering £180,000 a year out of their council taxes?
That’s a whopping £30,000 more than the Mayor of London Sadiq Khan gets !
And, whopping £20,000 more than her predecessor Lesley Seary earned. 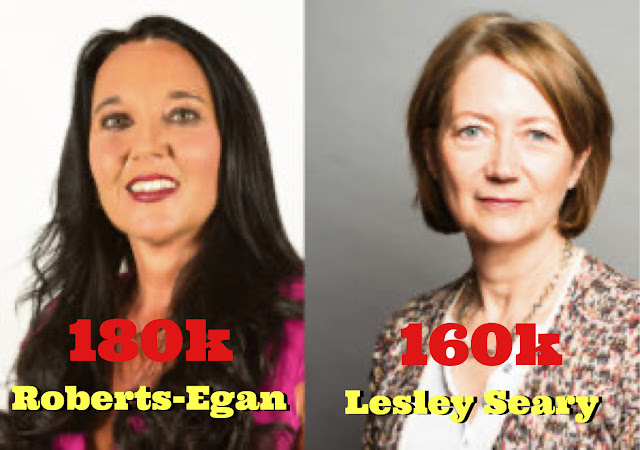 This top job salary was set to £210,000 when the Lib Dems held a majority in the council.