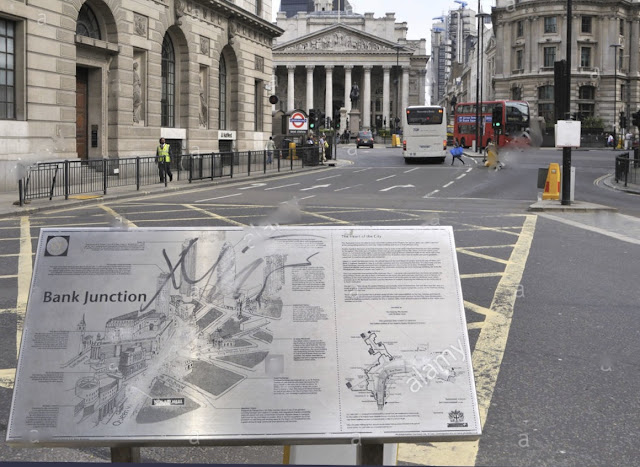 The scaremongering that we are all going to die fro respiratory diseases caused by motor vehicles is rather reprehensible.

The data doesn’t even filter out respiratory conditions caused by smoking or industrial pollutants and doesn't clearly explain what ‘early death’ is?

The much vaunted 9k deaths per-year never seems to fluctuate and is never explained in regional differences?

The 9k refers to ‘equivalent’ lives lost across a life span, which equates to 20-40 days.

A zero figure is not achievable even if there were no cars, buses, underground/overground trains or aviation travel, so don’t let the vested interests instil you with guilt.

As for ULEZ the start point for charging is surely arbitrary - there is no magic barrier between the North Circular. Toxic fumes migrate through the air and dissipate accordingly. A third of which is global.

If pollution remained stagnant, surely those living near the busiest roads would have the highest mortality rates? Kensington & Chelsea have the second longest life expectancy in the country yet they have some of the heaviest urban traffic flows?

Even so, this is what the local authorities are proposing  - all those that live on main arteries should suffer the impact of displaced traffic? Doesn’t this smack of unconscious bias in favour of the most affluent in society who are afforded the luxury of living in privileged enclaves?

Ask yourselves why there  is there never any redress?

Journey times along the £47million cycle superhighway have increased yet air pollution remains twice the EU's legal limit and the £25million Elephant and Castle redesign by Transport for London has resulted in a higher rate of KSI’s, not fewer.  If we argue against all motor traffic then we cannot ignore the fact that hidden consumption pollution due to cycle lanes is extremely high.

We do need to plan for the future and reduce our human detritus but this should be done from a much wider perspective than the one adopted by our local authorities and TfL.

The Department of Transport need to instigate a review of road and traffic planning in our major cities so that the response is balanced and not the scalpel approach that makes motorists the cancer and local politicians the scalpel. Surgical intervention is not the answer.

Creating binaries for commercial drivers which could economically disadvantage them from investing in more sustainable vehicles is illogical.

It’s worth remembering that we all need the transport network for everything we consume (including the device we are tweeting from). Waging war on commercial vehicles is akin to sawing off our own arm.

Giving the nod to automatic number-plate recognition (ANPR) may inadvertently pave the way for road pricing schemes. This needs to be thought through. Motorists should not be made to feel kettled just because they want to drive across boundaries.

Ultimately, it is poverty that kills. Badly thought out road closures that make life harder for regular, working-class people – not to mention those with mobility issues - to go about their daily chores is not the way forward and is brought about by a disconnect with residents  and an ignorance towards local needs! 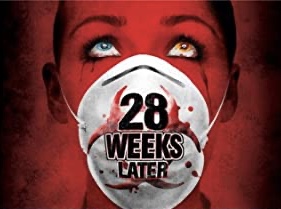 Just a little message to all the smug yuppies and hipsters who thought it was hilarious to use a cheap online app, run by a company that doesn’t do regulation and doesn’t pay UK taxes.... well, while you been furloughed and working from home, your companies have realised that they don’t need to pay your eye watering salaries, business rates and city rents. 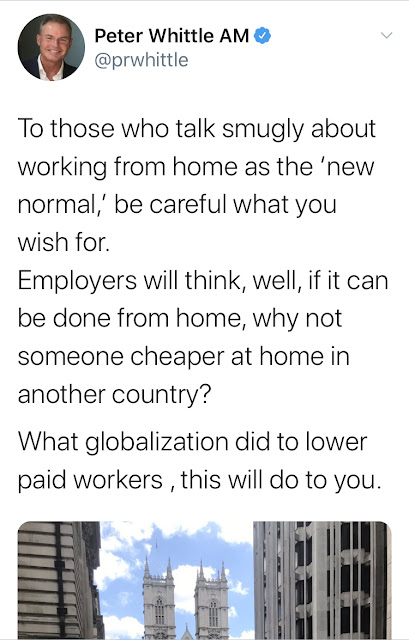 So they will now be looking abroad for people working from foreign homes, for a pittance of the wages they’ve been paying you. India should be a good place for at home start ups.
Silicon Valley, replaced by Spice Meadows.

Then, of course there’s no need to pay for these HiTec iconic offices... might as well be gutted and turned into luxury apartments, to be sold off as foreign investment opportunities and left empty. 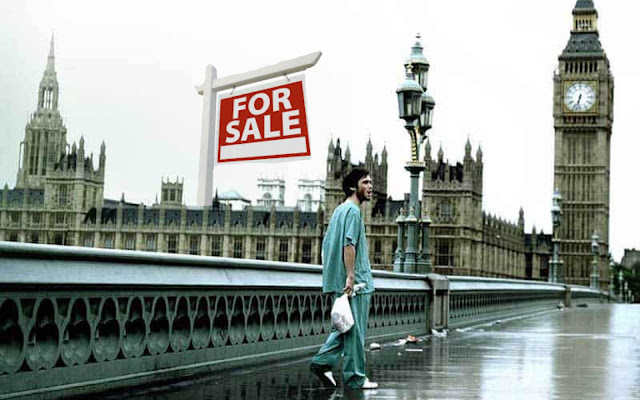 Don’t worry about the 366 year old iconic Taxi trade, the safest form of transport in the world...All 22,000 of us will be signing on not paying tax but living on benefits... you’d be surprised to what you can actually claim for these days.

Perhaps these councils who want more cycle lanes can give us grants to buy cycles so we don’t have to pay TfL to travel around London.

Perhaps the whole TfL organisation can be moved over to Mumbai, just think of the savings that can be made. 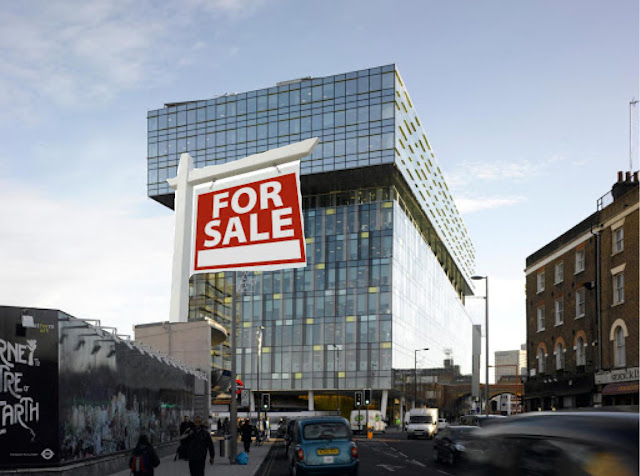 Plus if everyone’s got a bike and the city and west end is deserted, there will be no need to spend money on projects like cross rail and perhaps they can even shut the tubes and all the bus garages. Don’t worry about the staff, they can sign on and live on benefits too.
Posted by Editorial at 10:45 PM