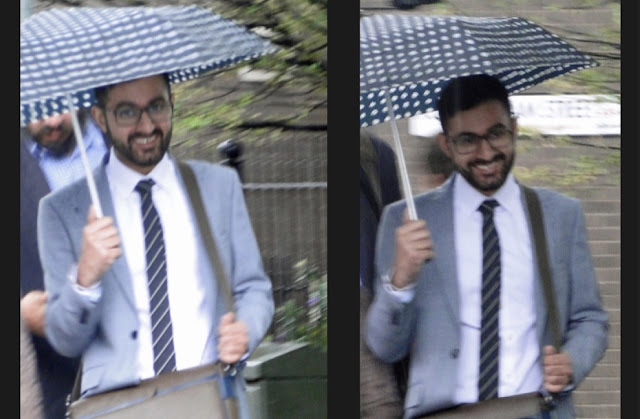 A chartered accountant with city giants Deloitte who billed bosses for over £90,000 in phantom Uber taxi journeys during a three-year expenses scam has been spared jail.

Gurgyan Singh Kaley, 29, claims he gambled away £1 million online in five years while employed at the company’s HQ in New Street Square, Holborn.

But the London School of Economics graduate, of Oxford Road, Gerrards Cross, was spared an immediate prison sentence. Instead a judge at Inner London Crown Court imposed a two year suspended jail sentence on him.

“You started on a good salary as a graduate and began thirty-nine months of fraud by submitting false and fraudulent claims for expenses, mostly taxi rides,” Judge Benedict Kelleher told him.

“I accept you had become addicted to online gambling and like all gamblers you failed to make a profit and ran up considerable debts.

“You were becoming increasingly desperate and this pair of offences will inevitably damage or destroy your prospects of working as an accountant.”

He was recruited by Deloitte via their graduate training scheme on a salary of £54,000, plus £5,000 in benefits after leaving a bond trading position.

Kaley’s employment from May 19, 2015 until September 30, last year ended when auditors in India spotted the suspicious expenses claims.

He had made approximately 1,000 claims for taxi journeys, including 328, totalling £28,693, in the last seven weeks before his arrest on September 24.

“There was no real checking or authorising,” said Mr Lancaster, explaining Deloitte rely on the honesty of their employees regarding expenses claims.

“They were paid out, they rely on the trustfulness of their employees and they were paid weekly into his bank account.
“All the claims were fraudulent, the receipts were altered or fraudulent.”

Kaley, who lives with his optician parents in their £1.3m home, has vowed to use his £65,000 pension fund to repay the bulk of the money.

His lawyer Evan Cranfield told the court: “I think it is inevitable he is going to be barred from practicing in his profession. He deeply regrets his actions.

“It was essentially an act of desperation. He had a serious addiction to gambling.

“He ceased all gambling on the day of his arrest. His family were oblivious as to what was going on behind the scenes.

“He managed the tax affairs of corporate clients up to one billion pounds. A high degree of pressure.”

He must also pay £75,000 to Deloitte within twelve months or serve 21 months imprisonment.

Posted by Editorial at 7:26 PM