For a second week running, residents of Islington successfully protested outside the Town Hall in Upper Street. 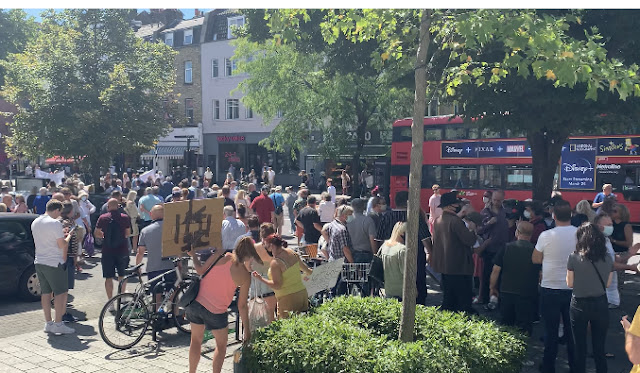 After last weeks protest, covertly, without consultation, the council out in more restrictions forcing all traffic into already congested main roads.

Reports have come in from emergency service vehicles that response times have been seriously delayed.

The main body of protesters made up from local residents and local businesses again took over the crossing outside the town hall m, bringing traffic to a complete full stop. Preferential treatment was given to emergency vehicles such as ambulances, fire engines and police.

After about an hour, the protest moved on down to Islington Green traffic lights, which caught TfL buses (on diversion from Upper Street) by complete surprise. Nothing could get up or down Upper Street or Essex Road. 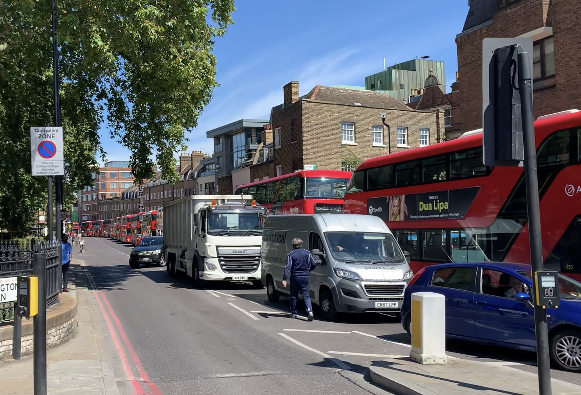 Again, preferential treatment was given to emergency vehicles only.

After a second hour, the group marched back to the town hall, with a view of voicing their grievances with local councillors.

But on arrival at the town hall the first two protesters were let inside, then the door was slammed shut with police guard.

After a short while the two protesters emerged saying the council wasn’t interested in residents views. 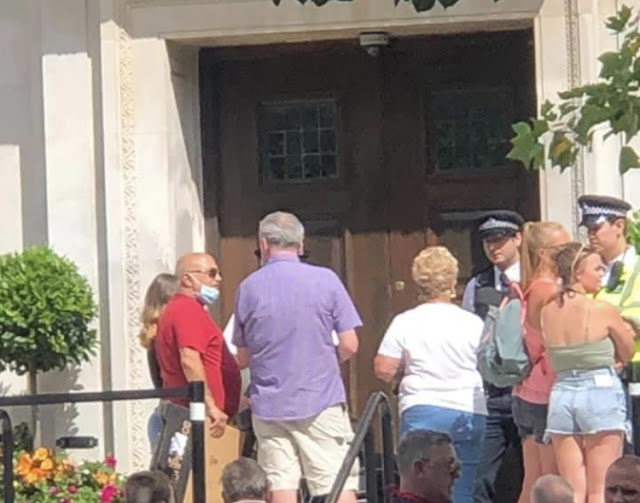 Just before the protest broke up, it was announced by the organisers, it will be much of the same, next Thursday 1pm.
We will of course give updates on this site closer to the event next week.


TAXI LEAKS EXTRA BIT:
These protests have been well organised and well attended.
The behaviour of the protesters was impeccable.

The council are acting more like a dictatorship, rather than an elected body looking after the wellbeing of the people who voted them in and pay their wages through council tax.

Let’s hope that these protests spread to other boroughs affected by these completely unnecessary schemes which are causing so much extra congestion.

See video of today’s event below.

Posted by Editorial at 9:44 PM