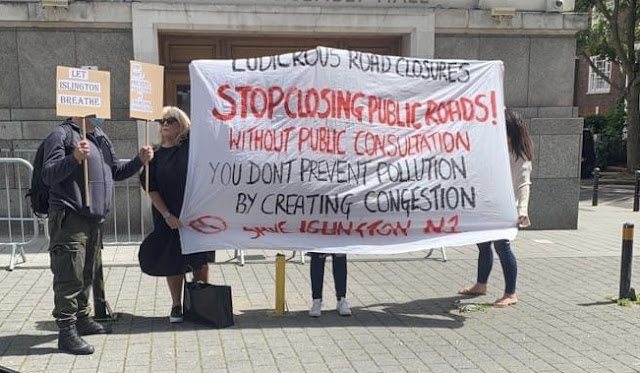 Hundreds of angry residents and local business owners turned up outside Islington Town Hall Upper Street, to protest about the recent blocking of through routes which has resulted in traffic being squeezed onto the main roads (which, themselves have been narrowed in places for social distancing).

Protesters arrived at the Town Hall at 1pm, to listen to speeches from the resident group‘s spokesman and invited guest speakers. Among the assembled was ITV's 'Loose Women' presenter and local resident, Linda Robson. 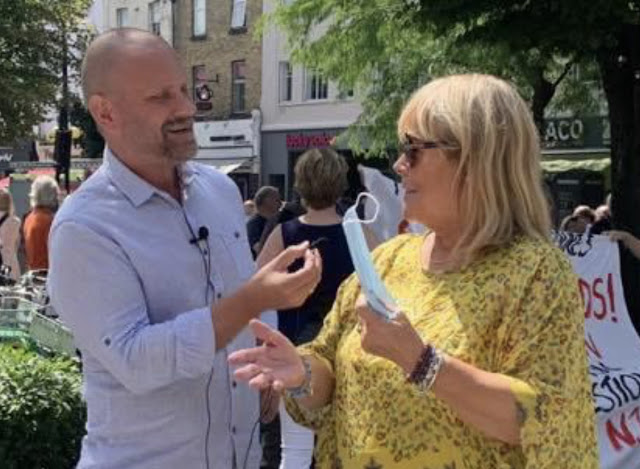 As the facts were relayed to the crowd, they grew even more angry and decided to move from the Town Hall steps, to a nearby pedestrian crossing. Children laid in the road holding signs which read;
"Let Islington Breathe" 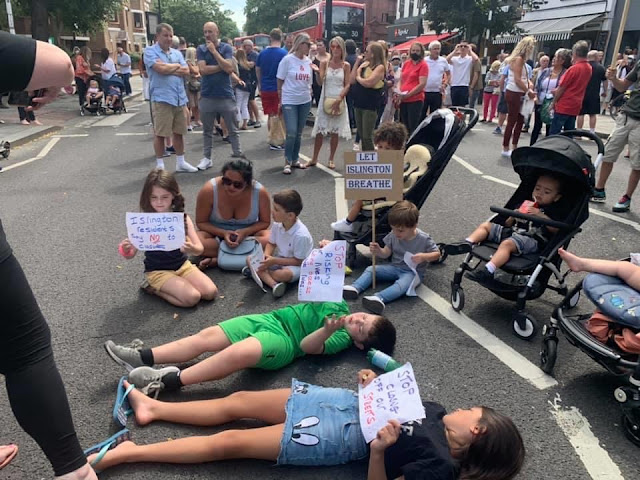 Speaking to two firemen from the nearby Islington fire station, they said they supported the protest 100%. A few days ago, a fire crew had trouble removing a new set of bollards with a special key. This unnecessary delay could of resulted in a deadly consequence. 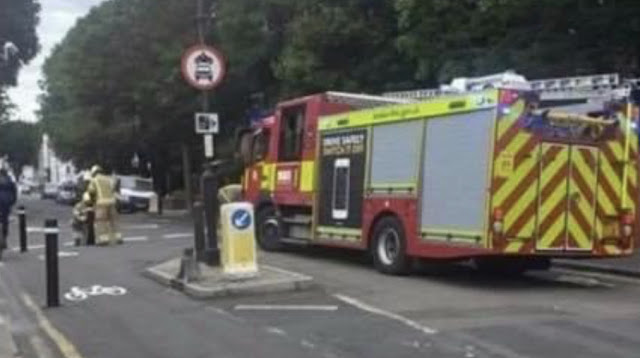 The shame of Islington council as fire crew struggle to remove bollard, wasting precious minutes...when they could be saving lives.


We also heard from a number of ambulance drivers who said delays taking diversionary routes to a local Care Home, plus the added gridlock these restricted areas are causing, had already put lives in grave danger.

Taxi drivers who live in Islington also attended, complaining that the council, by restricting access to certain streets are discriminating against disabled passengers who completely rely on the 100% wheelchair accessible Taxi vehicles.


Priority was given when needed to emergency vehicles on blue's and two's.

Traffic grew to a standstill and at one point, police were seen helping buses to u-turn, just to get away from the gridlock.

One campaigner told the councils unelected chief executive in charge of delivering these unpopular restrictions, that if the council didn’t remove the obstructions a bit sharpish, then the residents themselves would take action and remove them.

This type of restriction, is causing gridlocked roads in many borough, lowering air quality with toxic fumes being constantly pumped into the air. Camden council is currently at the top of the dirty council list.

TAXI LEAKS EXTRA BIT:
On the way to the protest this caught my eye!!! 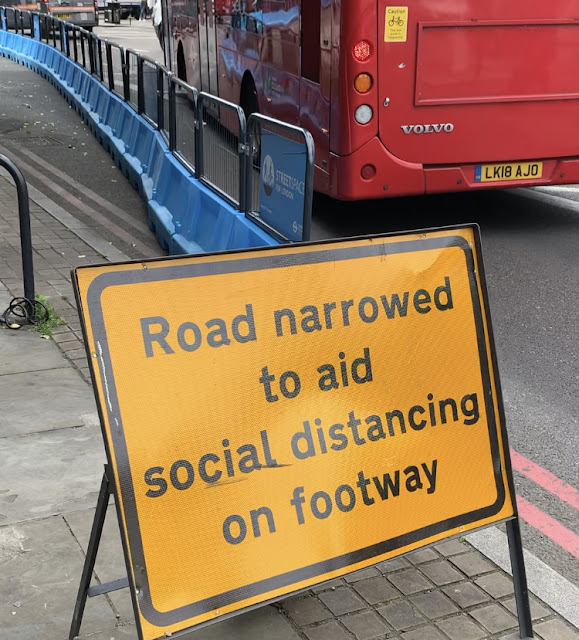 Islington council have widened a pavement outside the Angel tube station. The pavement width at this point is already in the realms of 20-25 feet. The council have pushed barriers out into the traffics inside lane at the junction of the Liverpool Road intersection causing a bottle neck, plus by doing this, taking away the through route bus lane. This has resulted in even more congestion. The So called safety measure is totally unnecessary.

Residents say that these ill thought out schemes show the councillors and planners really haven’t got the slightest idea about what they're doing to the area. Many residents are now longing for council elections... when they can look forward to having a clean sweep of these totally inadequate local government officers

The worst aspect of these supposedly temporary measures, is that lives are being put in danger.
Why aren’t the heads of all the emergency services up in arms, demanding their removal ????

Also (as we predicted), the Mayor has come out on BBC London news saying he will be pushing for these temporary measures to become permanent.


Notice, not all cyclists are using Khan's segregated cycle lanes, preferring to weave in an out of the traffic. As the former governor of Minnesota Jesse Ventura once said...."you can’t legislate for stupid".
Posted by Editorial at 8:52 PM