With The Trade Showing No Signs Of Making A Last Stand, The Propaganda And Fake News Continues To Roll On 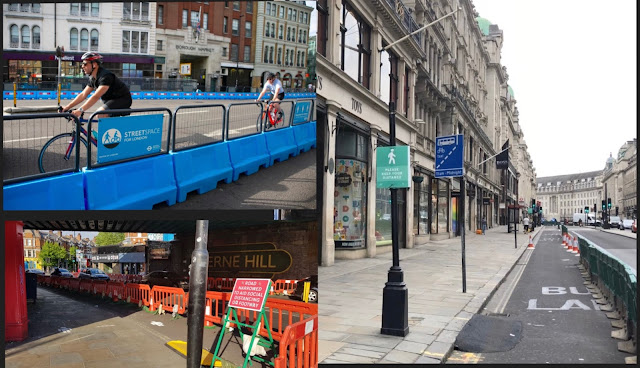 Plans to widen pavements and extend cycle lanes have been widely supported by the majority of Londoners. A new study found around two thirds of people think pedestrians and cyclist need more space for social distancing.


This video broadcast on ITV news this morning, is openly lying again to support Khan and the Cycle lobby. The actual survey carried out by Centre for London, refers to just one third of replies and not the two thirds implied in the news item. 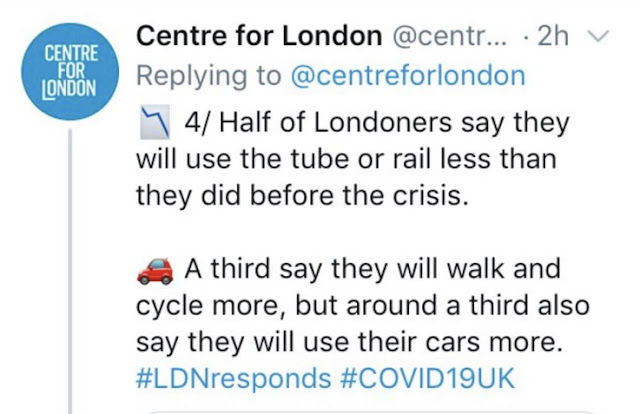 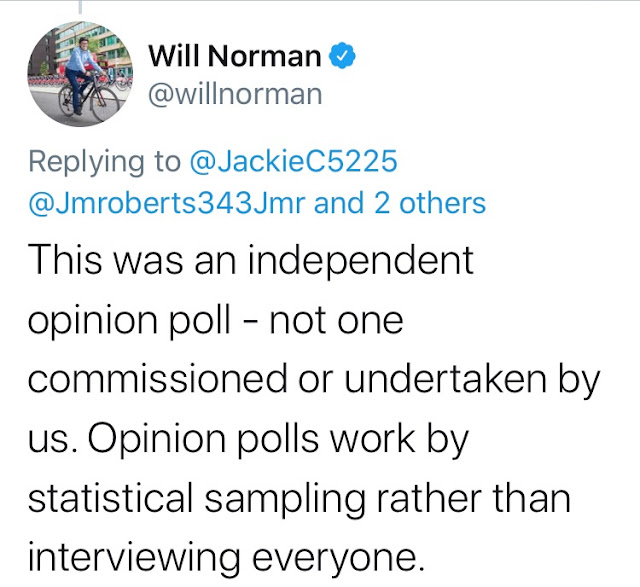 Really?
How many of our trade saw or heard about this survey?
Was it aimed at the general public or did they just target people in the cycle lanes?

Over 400 blind and partially sighted people have already taken our survey, help us reach 500! If you’re #Blind or #PartiallySighted, share your experiences to help provide us with the evidence we need to convince councils to make street changes accessible.
https://www.rnib.org.uk/more-cycling-and-walking-good-as-long-as-streets-are-accessible 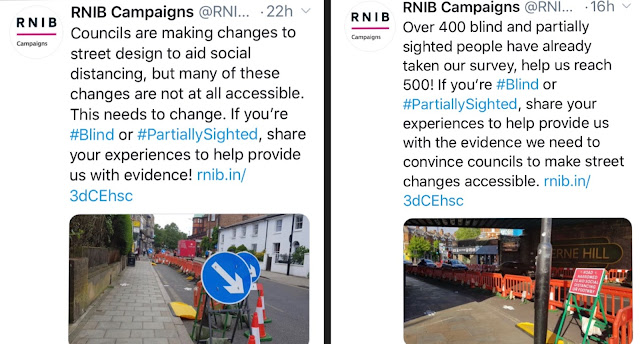 Taxi leaks survey showed that 98% of people we asked said the segregate walking and cycle lanes were the mayors own vanity project, a waste of public money and discriminated against disabled, poor sighted and the elderly.

The London Taxi trade has been deserted by the regulator and Mayors office. We can no longer offer a door to door service, taking passengers the shortest distance between pick up and drop off. The Mayor has made the Knowledge of London benign.

Taxi ranks are disappearing at a rate of knots, Lilywhites, Swallow Street, Hamley’s and Fortnum & Mason the most recent casualties. Also, we are facing the potential pedestrianisation of Soho.

Many streets in central London are currently no go areas for not just disabled travellers but also ordinary fit members of the public, with barriers stoping access to vehicles the complete length of the street.

Now we see a ridiculous no left turn from Grosvenor Road on to Chelsea bridge, a no right turn from Borough High Street into St Thomas Street, no access to bridges such as London and Waterloo. 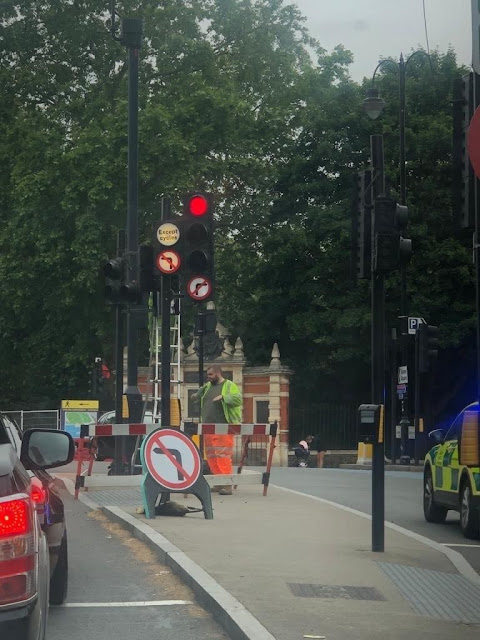 While drivers declare their intention to leave the trade in droves, a position in life they worked so hard to achieve, our largest org’s answer to all this (after failing to get a meeting with the Mayor himself) is a rescheduled phone call with deputy Mayor Heidi (I know nothing about transport) Alexander at 9:30am tomorrow.
We wait with baited breath!!!

TAXI LEAKS EXTRA BIT:
Khan has bought in these measures covertly under the cloak of COVID19.

Anyone thinking they are only temporary is mistaken. Khan our out this tweet a few days ago which proves he wants the new restrictions to be permanent. 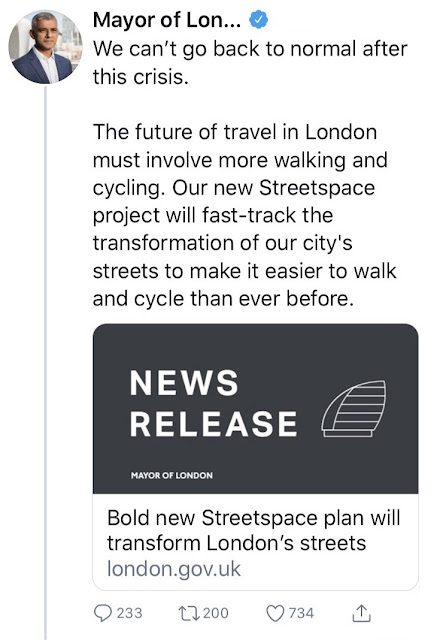 Let’s also not forget that Khan’s expert scientific data on pollution in Central London, has again been proved to be fake.
See this video