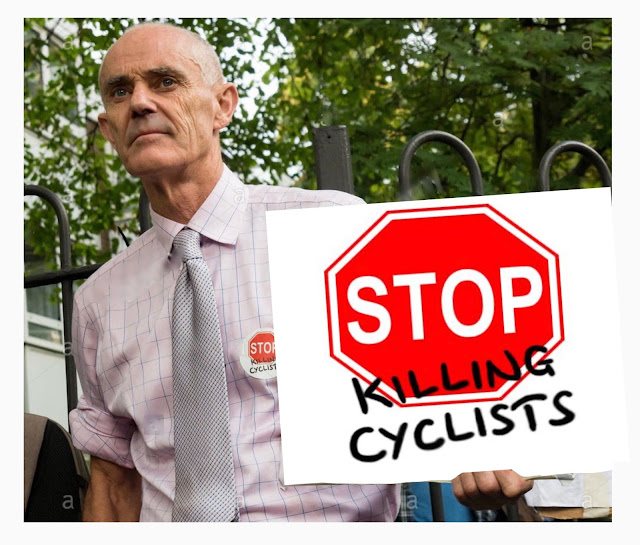 This is the open appeal email sent out by Donnachadh McCarthy in response to Caroline Pidgeon’s recent request to the Mayor, not to restrict Taxi access to roads.

He’s asking all cycling groups up and down the country (not just in London) to email Caroline and demand she immediately rejects any proposals to restrict Taxi access to all streets in the Mayor’s Streetspace plan... Thus allowing TfL and local councils  the freedom to do as they please, and discriminate against able-bodied and disabled people alike... or just the majority of people who choose not to cycle.

63% of cars in central London are cabs.

This would destroy the whole purpose of the temporary provision to create space for the 96% of Londoners who do not use cars or cabs to get to work in central London.

Pidgeon has clearly placed herself on the side of the 1% who use cabs and has decided to throw the NHS & essential workers who are cycling to work to avoid public transport under the proverbial cab (bus).

caroline.pidgeon@london.gov.uk
Let’s hope that Caroline is ready for the onslaught of emails from Lycra clad middle aged males from Dungeness to Scunthorpe.

And email the Mayor, Sadiq Khan, to support what he is doing but urge him to create MORE genuinely traffic free streets and protected temporary cycle lanes as fast as possible and to remove the exemption for thousands of electric cabs.

Do point out that the Mayor's own transport report showed that even EVs emit 70% of the toxic particulates that ICE vehicles do.

If you want more information about why we dont need central London congested with toxic blackcabs, this is the recent article I wrote about the issue in The Independent:

He then gives a link to an article he’s managed to get published in the  Independent newspaper ,showing his usual attack and bias towards London’s iconic Taxi trade
https://www.independent.co.uk/voices/coronavirus-social-distancing-cities-reopen-cabs-congestion-pollution-a9538436.html

I am livid with this attack on cyclists by Pidgeon on safe cycling, who has repeatedly stated she supports walking and cycling but like too many politicians in ALL the London Assembly political parties (including the Greens) they are terrified of taking on the bully boys in the cab industry.

This must stop. We cannot let Pidgeon allow the bullies driving the 1% take up 40% of the street space needed by the 96%.

As you can see, Donnachadh obviously gets his statistics from the same mythical scientific expert as Sadiq Khan 😂😂😂.


Last word on this from Stanley Rolf :
Cyclists kill or maim two pedestrians every week, according to statistics. Will he tell us why this has happens

I would say that it is US who need saving.

Should we not rename these cyclist and only now refer to them as potential casualties ????👇🏼


TAXI LEAKS EXTRA BIT
Chairpnan of the London Taxi Drivers Club Grant Davis, extensive reports on trade conference call with TfL, dealing with important issues such as to Mask, or not to Mask, access to roads in the City of London, TfL data breach and possible sunroofs fitted in Vitos. 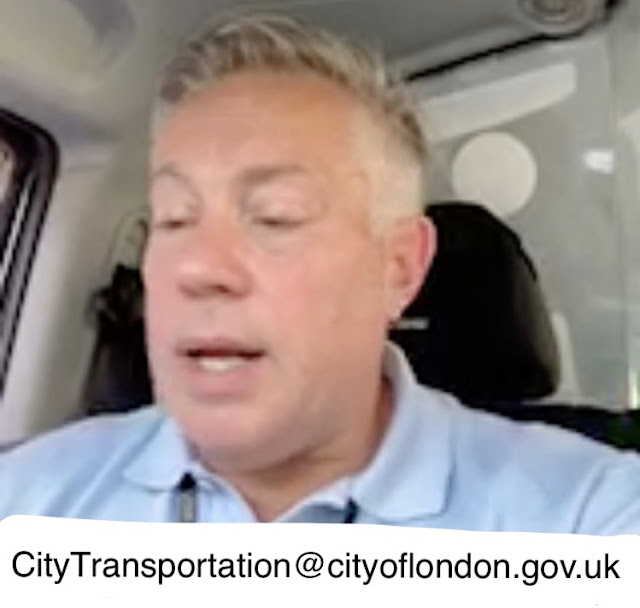 Posted by Editorial at 8:06 PM