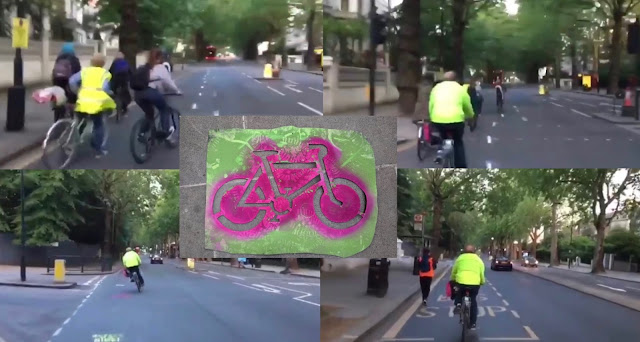 A group of self proclaimed ‘Green campaigners’ created an illegal pop-up bike lane, along both sides of Holland Park Avenue, as they called for transport bosses to ensure streets stay safe for cyclists and pedestrians after lockdown.

Then filmed themselves cycling  irresponsibly, weaving from side to side and in a close-knit group completely disregarding social distancing.... but then, in their eyes they are above the law and there’s one rule for us but no rules for them

You can watch their video below.

The group from Extinction Rebellion Kensington, Chelsea and Hammersmith and Fulham illegally painted their so called bike lane in different colours along Holland Park Avenue, using stencils and tins of aerosolspray paint... so much for the environment. 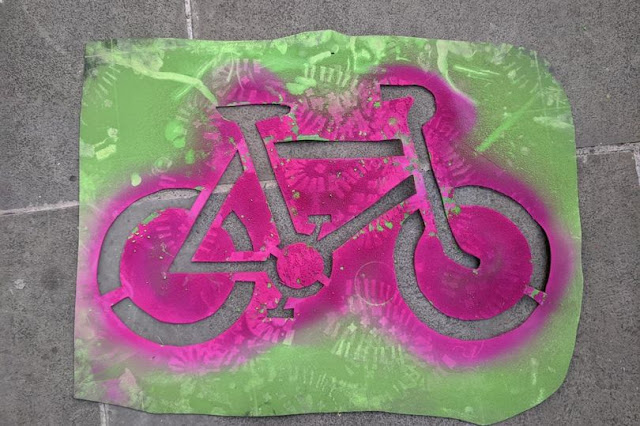 One of the Extinction Rebells a Josh Appignanase, posted this tweet asking why RBKC haven’t followed other boroughs lead on this government funded policy....

Well Josh I can answer that for you. After two consultations and two mass meetings, the residents of Holland Park, voted against the gridlock causing cycle lanes.

Interview between the Evening Standard and deputy Mayor for transport, Heidi “I know nothing about transport” Alexandra 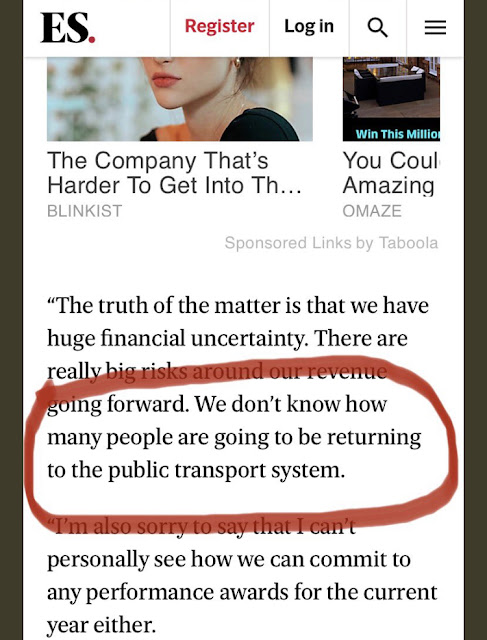 They don’t know how many are going to return to Public Transport,  BUT AMAZINGLY, they know they need to CLOSE Roads !!
Plus, put in as many temporary cycle lanes ( Temporary, up to 18 months???)) as possible and make the pavements wider ?? And in this action remove access to many Taxi and Rest Ranks

Question HOW COMES YOU KNOW THIS ??? 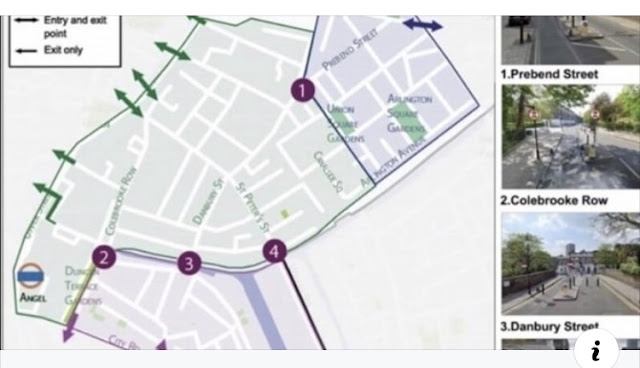 Posted by Editorial at 9:42 AM