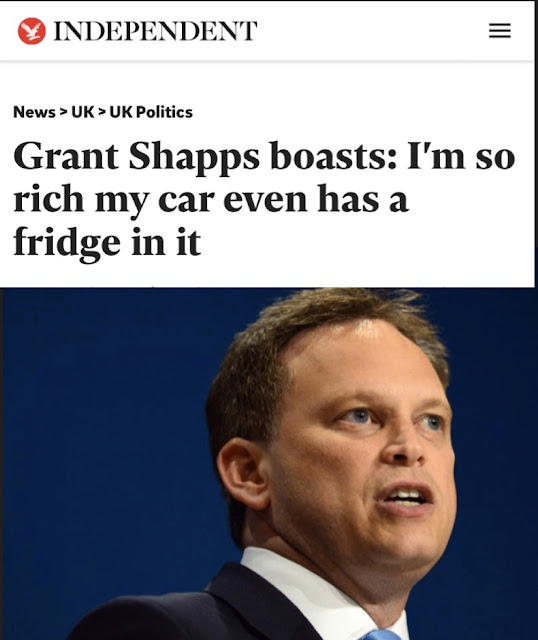 On Saturday 09 May 2020 - MP Grant Shapps Secretary of State for Transport announces fast tracking trials of E-scooter from next year to next month, and fast tracking the trials from four local authorities to every region in the country that wants them - in a bid to get E-scooter rental schemes up and running in Cities as fast as possible.

As usual he's dressing it up as saving lives through reducing air pollution - even though he appears to have his own aeroplane. Sounds to me like a short cut to deregulation, and a danger to both rider and pedestrian.

This comes just days after Uber announced it was leading an investment round of $170 million in scooter-rental company Lime, a lifeline for the company reeling from plunging customer numbers and companywide layoffs.

Are we again seeing the government bending over backwards to shore up the currently failing minicab firm, who tried to make its fortunes on the back of paying its workers slave wages. A company not fit for purpose considering the amount of customers raped and sexually assaulted by their drivers.

13,000 of their drivers with fake criminal record checks, millions of  customer accounts hacked and no one seemed to care simply because they were cheap.

We've all seen how dangerous these e-scooters are and up till now they have been illegal to use on the public highways and streets. The police just turned a blind eye and now the government are going to push through what they refer to as trials in certain London boroughs.

Expect to see a massive strain on the NHS as the casualties start to build up -just what we don’t need at this present time.

Amazing coincidence (not) in the timing of these trials, being so close to the Uber-Lime announcement.

PEOPLE IN SAN FRANCISCO ARE PISSED OVER ELECTRIC SCOOTERS TAKING OVER THE CITY....a must watch video


TAXI LEAKS EXTRA BIT :
In the above statement by the Transport Secretary, he announced that pollution is responsible for 20,000 premature deaths each year...

In the video (link below), a renowned professor of respiratory medicine debunks this claim of thousands of deaths due to pollution in London


Questions that need answers
Will the Transport Secretary Grant Shapps now put an upper limit on the number of private hire vehicles. And also refuse to issue any new driver applications until the London fleet is reduced by at least 50%???

Will he also refuse to relicense ride share companies who don’t pay tax and are not registered in this country???

If he’s so worried about pollution will he take VAT off the price of ULEV and All Electric Vehicles??? 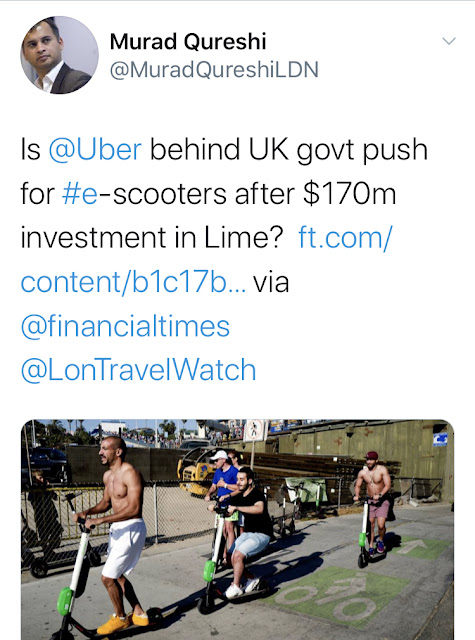