Cycle lanes Are To Be Installed In Oxford Street And Its Pavements Will Be Widened. Are Westminster Council Creating No Go Areas For Disabled ???‬ 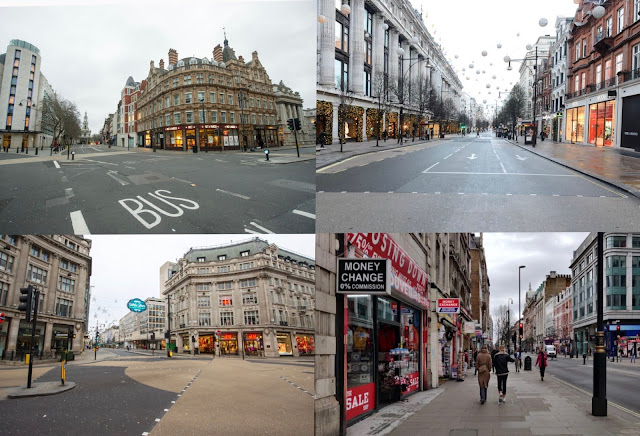 Westminster Council also wants to transform Regent Street and Piccadilly to give road space to shoppers to enable social distancing.

Details were still being established today but council sources confirmed the aim was to introduce temporary cycle lanes in the three streets. More space for pedestrians will be carved out of the roads at Oxford Circus and traffic will be banned from streets around Covent Garden at peak times.

The decision to install pop-up cycle lanes in Oxford Street is a remarkable turn of events after the council spent years fighting and eventually defeating plans from Mayor Sadiq Khan and Transport for London to part-pedestrianise the UK’s most famous high street.

The council said work would start this weekend across all areas of the City of Westminster, including “some of the most iconic locations in the world”.

Council leader Rachael Robathan said: “These bold plans are designed to ensure we are doing all we can to support the careful and safe reopening of Westminster for residents, visitors and workers as the lockdown eases. This is essential in order to kickstart the economy, whilst always putting safety first.”

The initial phase will include:

Extra space will be given to passengers heading to and from key transport hubs, such as Victoria, Charing Cross and Marylebone stations.

Markets will be encouraged to reopen from next Monday and a “shop local” campaign will be launched.

“School streets”, where traffic is banned at the start and end of the school day, will be created. More cycle racks will be introduced.

Additional work will be in place by the start of July ahead of the anticipated opening of hospitality sector.

The council said it had received more than 500 requests in a week from residents and businesses for temporary measures to help ease the lockdown and was considering each one.

Posted by Editorial at 9:43 PM