Week One And Ola Already Contravening Regulation, Going The Same Route As Uber 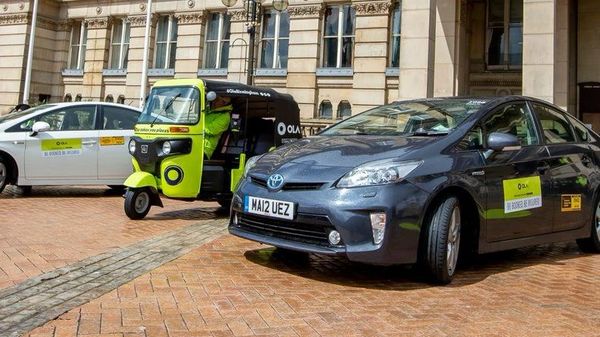 It would appear that new boy in town Ola, is going down the same route as Uber.

But will TfL respond?
They haven’t shown any willingness to enforce the regulations in respect of these new apps that have recently appeared, and at present seem more interested in going the easy route of punishing Licensed Taxi drivers for the heinous, unsafe crime of ........over ranking!!!!

Ola UK is failing in it’s duty of care in London. Ola support today confirmed a ‘Rider’ must be 18 to hold a ‘Rider Account’. Yet since Monday the majority of my rides have been ‘Minors’ with accounts.

Ola say they are given extensive checks on drivers but are student found the only checks done are again online. He said it could be anyone sitting in front of the keyboard, Ola appear to be only too pleased to sign up as many drivers as possible.

I’ve spoken to other knowledge students who say that the app is being shared with drivers who don’t hold PH licenses, just like the controversy with Uber’s 14,000 trips carried out by 41 unlicensed drivers. 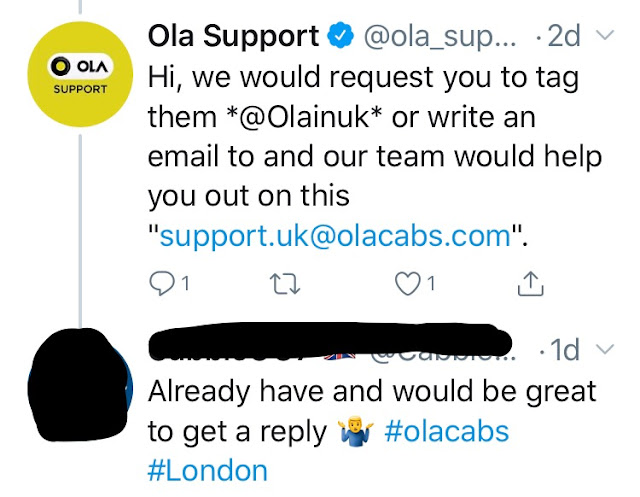 TAXI LEAKS EXTRA BIT:
It would appear that Ola are going down the same route as Uber in respect of the Private Hire Vehicles Act 1998.

How long before TfLTPH  revoke their licence ?
Look how long it’s taken them to deal with Uber.... 8 years now and for the last three at no cost for their licence whatsoever.

Don’t hold your breath waiting for TfL to safeguard the public, as public safety seems to be the last thing on TfLTPH ‘s agenda.

Extra Comment From London Taxi Drivers Forum:
What I want to know is how Ola can claim to have 'High Quality Drivers'?

It's their main selling point on all the billboards.
Who has tested them?
Answer... Nobody!

Trading Standards need to investigate this. The public are seriously being misled.

The only form of transport that can claim to have 'High Quality Drivers' is the London Taxi trade...Period!
That's what the Knowledge is for and the advanced driving test that we all took.

Anything less is absolute bullshit!
Posted by Editorial at 8:37 AM