IMPORTANT STATEMENT FROM THE ITA/DDD 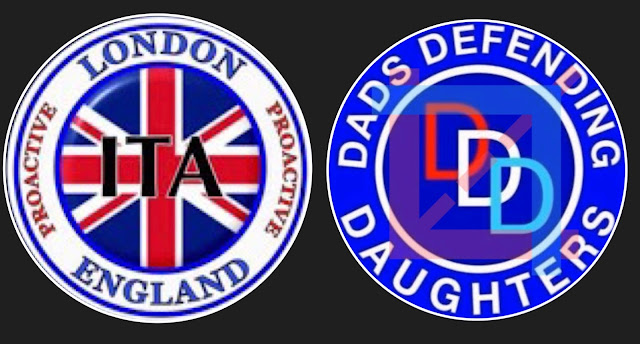 It is acknowledged among the wise that to be of service, to be of use, is our highest goal.

The ITA/DDD haven't disbanded.
We wait in the wings in case one day we can be of use.

We are not an Org, we never wanted to be and have no political ambitions.

Unfortunately some drivers thought TfL or the councils would come running cap in hand pleading for us to stop our protests after a fortnight. Or that the Tory led DfT would step in to save the trade they tried to destroy.
Rome wasn't built in a day, but some drivers expected our demos to be instant like coffee, but unfortunately we could not convince our detractors to either turn up or shut up.
The Can't Demo, Won't Demo mob, especially the vocal snipers, betrayed this trade to our enemy.
How did these anti-protest pontificators think their sniping and stay away attitude would go down at City Hall?
Did they think they were helping those who were willing to fight, or did they know deep down that their negative rhetoric and inaction would help bolster the enemy's resolve?
Some people want others to fail, to excuse them from the fray.

No one can claim Danny or I have egos - only a close few knew who we were - SPD was our voice and face in the Square and Jim was our voice in print.
We do not feel the LTDA or anyone has jumped on our bandwagon, because we never had one.

No one can question Angie or Trevor, they never sought recognition - they merely wanted what we all wanted.

Mc and Massett are treated with distrust because they have previous.
If they play true to what is expected of them they will pay their share of the £12k for some positive PR and hope the QC comes back with a bowed head claiming we cannot win.
Or they will be expected to pull out before we get to court.
Or they might realise they must do something or be burned alive by disgruntled villagers banging on their castle gates.
Either way I cannot see that trying to get the knowhow and money to the table to fight our case as a bad thing.

No one can touch the UTAG money - that was raised for a specific, altogether different purpose.

The bad feeling between the RLTDA and Mc's LTDA cannot possibly be more important than beating these council locusts, can it?
Danny and I have now had that vendetta thrown in our collective face, as if we betrayed someone or a group of someone's.

I quite like Grant. He is an amiable type of feller.
But I was disappointed that he or someone at the LCDC thought #WhereBusesGoTaxisGo is not worth their £4k split.
To them, it seems, winning back our roads is not as worthy as good public relations, to be seen as part of the Uber appeal playing with the big boys is obviously more important.
What will LCDC's interested party in the appeal achieve for the trade outside of the LCDC looking busy?

All our friendly MP's and Peers have been eaten up with Brexit, the General Election and political infighting during our struggle.
We have to accept that our plight is way down the political food chain.
There is no cavalry on its way to save us. We are on our own.
We have already had the tarmac stolen from under our tires, so if we fight we can either win or remain under siege - we cannot lose, because that has already happened.
TfL, if they wished, could click their fingers and we would have our rights to access whipped away before anyone could say "Leon Daniels."
If we do not fight this expensive legal battle to have our rights of passage enshrined in law, then we will be forever at the mercy of TfL and the anti-Taxi marxists plotting our demise from our own Town Halls.

TfL are to blame for a lot of things, but they are not really stopping Taxis going where buses go. It is councils like Camden, Tower Hamlets, Hackney and Islington who we must take on in court!
And let us not forget the corrupt City of London.

The problem we face is that most drivers do not understand what we are trying to achieve. They just do not get it.

We (Danny, Tommy, Sean Pier, Ossie, Jimmy, Gary, Lee, Andy, Dean, Paul, Mark, etc.) were left disappointed that the LCDC pulled out after saying they would back the legal route.
Let's not beat about the Bush, they welched.
We never once thought that drivers would be up in arms that the LTDA were going to put their fair share into the pot.

I was surprised to say the least that my Tweet "Well done to the #UCG and #LTDA 👏🏻👏🏻👏🏻👏🏻👏🏻
What happened to the LCDC?" would be met with such vilification.
It seems I can congratulate the UCG, but not the LTDA.

We honestly thought everyone would be pleased we got all three Orgs around the table talking to an eminent QC about fighting back, about claiming what is rightfully ours, about legally taking back what has been stolen from us.
Instead we were met with derision and anger because we actually tried to win.

"How sharper than a serpent's tooth it is to have a thankless child!"
Posted by Editorial at 6:25 PM