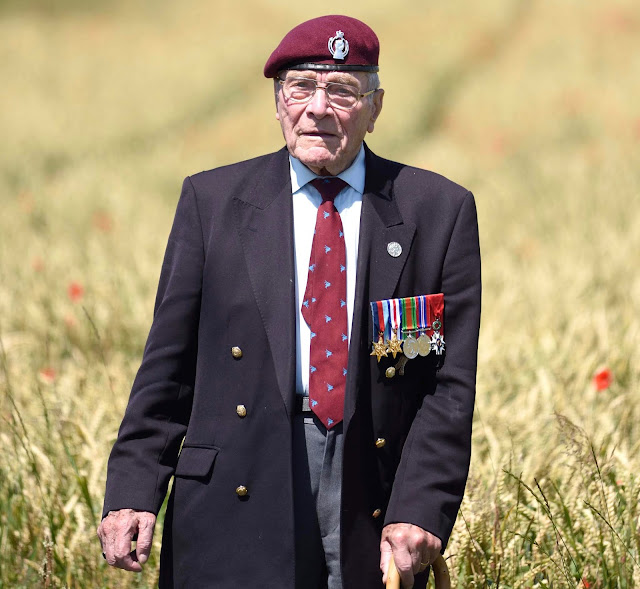 Bill Gladden, 96, from Welling in Kent, travels to Normandy and Holland every year with the Taxi Charity for Military Veterans, for the annual commemoration services to remember the comrades he lost.

These trips are all provided without charge to the veterans, and to cover the costs the charity is reliant on donations or grants. For many years, 96-year-old Bill, has used his love of painting to raise funds for the charity that means so much to him. 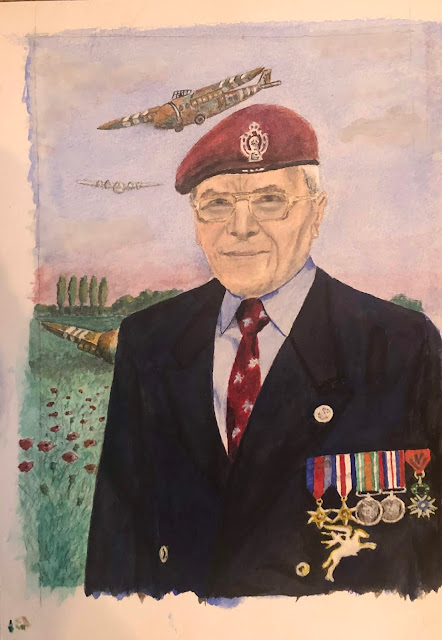 Bill developed, what was to be a lifelong love of painting as a child and said, “I have always loved painting, my favourite subjects are horses and dogs, but I will happily paint anything that I am asked to.”

Bill was in the 6th Airborne, Armoured Recce Regiment and landed in Ranville on D Day in landing Zone N – he was 20 years old.

He was wounded and initially thought he had lost his foot. The medical team managed to save his foot and he spent the next three years in hospital, having numerous operations before being pensioned out of the army in 1947. 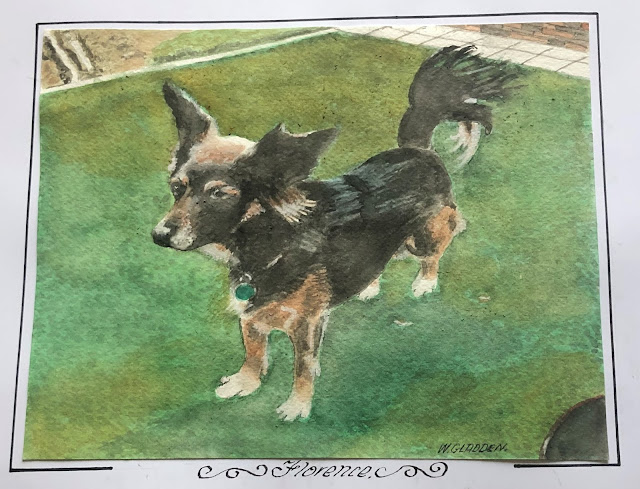 Bill continued, “I work from photographs and ask that anyone who commissions me, donates what they feel is appropriate to the Taxi Charity for Military Veterans, so that veterans can continue to enjoy the various trips and excursions that we are invited to throughout the year.”

Bill has no plans to stop painting and loves receiving pictures from the many volunteer London taxi drivers who give up so much of their time to support the charity, his friends and charity supporters.

About the Taxi Charity
The Taxi Charity for Military Veterans was formed in Fulham in 1948, to work for the benefit, comfort and enjoyment of military veterans and arranges many trips every year for veterans from all conflicts.
The charity offers international trips to Holland, Belgium and France, UK day trips to concerts or museums, transport to attend fundraising events, as well as special days out to catch up with friends and comrades.
To fund and facilitate these outings, the charity is wholly reliant on generous donations from members of the public, businesses and trusts and the amazing group of London licensed taxi drivers who offer their time and vehicles free.
www.taxicharity.org
Posted by Editorial at 3:36 PM