More BS from Transport for London commissioner Mike ‘on side’ Brown 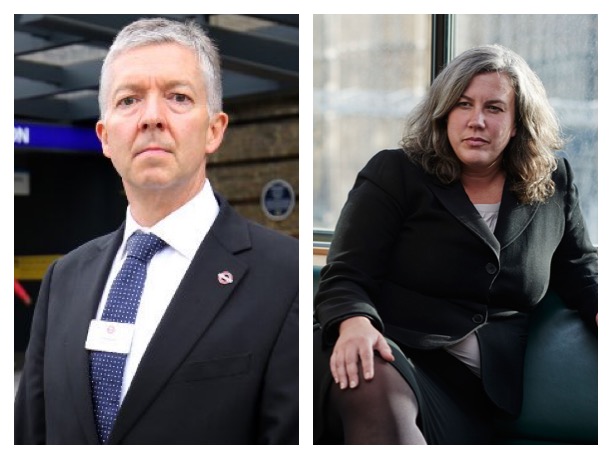 In yesterday’s meeting with the LCDC, RMT and LTDA...Grant Davis (LCDC) pointed out the fact that Uber had been found guilty in court and been fined £96,000. He then went on to say, TFL should not even be considering renewing Uber’s probationary license and that TfL should shut them down.

This would solve the KOL figure mystery, cut emissions & congestion and help bring back into London a proper two tier system.
Commissioner Mike Brown said he could not possibly respond.

LCDC STATEMENT:
Yesterday we met with the TFL Commissioner and Heidi Alexander, who holds the post of Dep Mayor for Transport.

On a positive note the Commissioner agreed with the Club regarding PH signage, this included the removal of tinted windows in PH, a sticker in back side window on how to make a complaint to TFL over the driver.

Also the Commissioner & Heidi agreed that they are talking to the apps regarding upgrades to how they are signed into by driver.

The Trade put proposals for biometric & facial recognition for PH drivers to log on.

Also I put it to both Commissioner Brown and Heidi that the hypocrisy surrounding the latest ViaVan roll out by TFL where they use the same engine as us!!

Mike Brown said he had been informed their engines were cleaner and NOT the same?

I informed him I had taken pictures of ViaVan vehicles in Sutton, passed them over to Mercedes and guess what...... yes, the same!

The Commissioner asked me to provide him with my evidence, so let’s see.

We spoke about the KOL figures and he asked what can be done to help?

I slowly slid him across the table the story of UBER being found guilty in court two weeks ago and asked him if he had seen it?

He replied, he had and I then said to him that TFL should not even consider renewing their probationary license and shut them down.

This would solve the KOL figure mystery, cut emissions & congestion and help bring back into London a proper two tier system.

He said “he couldn’t possibly respond”.

We ran out of time and therefore could not hold any ‘any other business’ discussions. 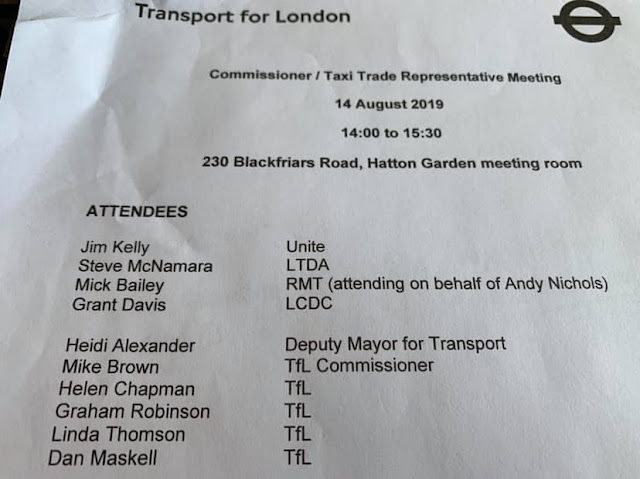 Follow The Money As One In Four Drivers Don’t Pay The ULEZ Charge. 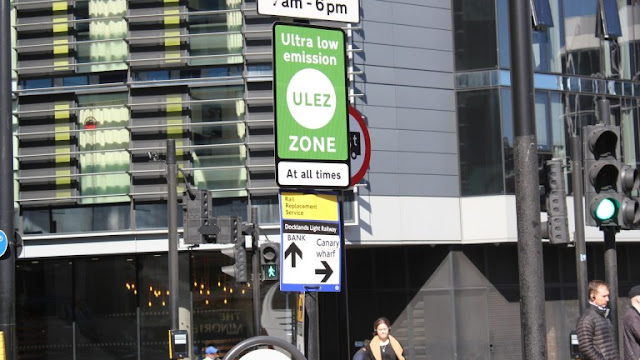 London’s Ultra Low Emissions Zone (ULEZ) came into effect in April of this year. Since then, around 130,000 drivers have been fined £80 for not paying the £12.50 daily charge.

The charge is payable only for vehicles that do not qualify for exemption. One in four drivers of non-compliant cars hasn’t been paying up.

In total, the ULEZ has earned Transport for London (TfL) £26 million just in penalties so far.

ULEZ life hack: Londoners are renting out their driveways for parking as driver continue the rest of their journey on public transport. 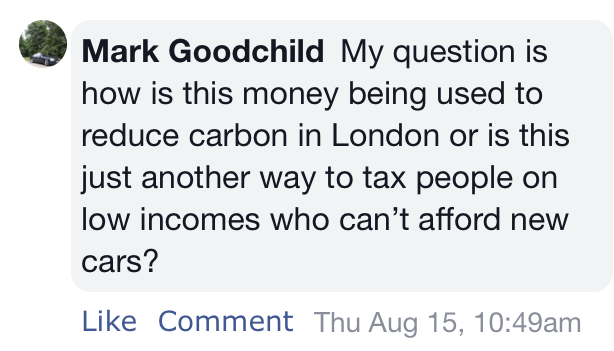 As a result of the high volume of fines being administered, TfL and London mayor Sadiq Khan have faced criticism.

Has enough been done to make drivers aware of the charge? Especially as the zone is due to expand from 25 October 2021, to be bordered by the North and South Circular roads.

"It is worrying there have been 130,000 fines in three months," said Nicholas Lyes, head of roads policy at the RAC.
"There is more that needs to be done by the mayor to raise awareness of what the ULEZ means to drivers and businesses before he expands the area it covers."

The ULEZ has got Londoners looking for hybrid cars:

Transport for London says its publicising of the ULEZ has been adequate. It began a campaign to spread awareness more than a year before the zone came into effect in April 2019.

"The Ultra Low Emission Zone has been introduced to significantly reduce pollution in the capital," said Helen Chapman, director of licensing, regulation and charging at TFL.
(Another job title ???)

"Transport for London has been running an extensive communications campaign since spring 2018 to make drivers aware of it."

TAXI LEAKS EXTRA BIT
To be honest, in our opinion there has been very little in the media about the zone other than the fact it was starting.

There have been no leaflets delivered to households no TV adverts of full page adds in local papers.

Signage is said to be poor by motoring groups, it’s as if they have purposely made it confusing to turn it into another TfL cash cow.

Drivers of existing Diesel engines are complaining that even though they are paying the ULEZ charge they are being hit again by greedy councils such as Islington and Westminster who have imposed a special parking rate, in most cases an extra £2 an hour. 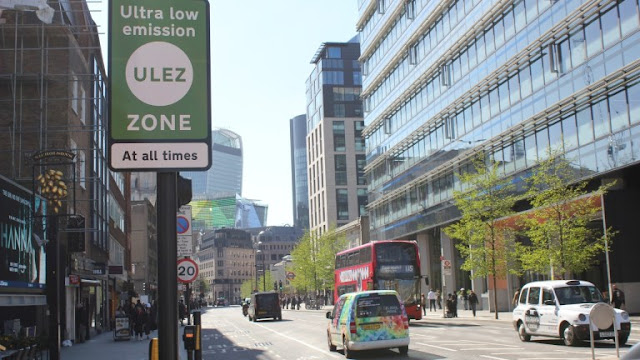 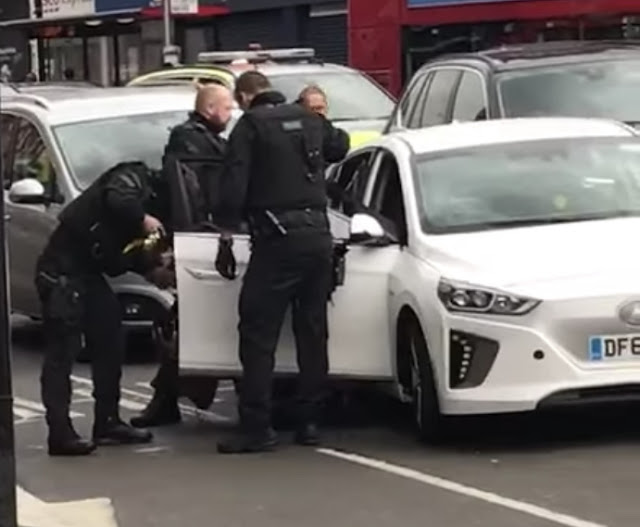 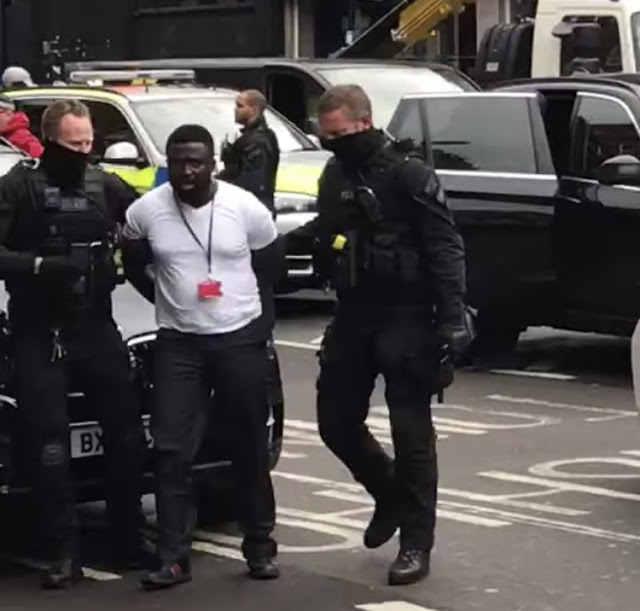 Passers by were amazed that this operation took place so openly on an extremely busy Camden High Street.
This was obviously a planned operation going by the number of heavily armed police and Met support officers...but why was it carried out in such a crowded thoroughfare ?
Why was this operation not commuted to a safer more secluded  location?
One question that’s on every Taxi drivers lips “is this another one of Helen Chapman’s 13,000 Uber drivers who had fake criminal record check DBS certificates, that were swept under the carpet by TfL?”
Apparently, it's back up now, but yesterday drivers were enquiring, why had the details of this minicab suddenly disappeared from the  licence checker on the TfL website. 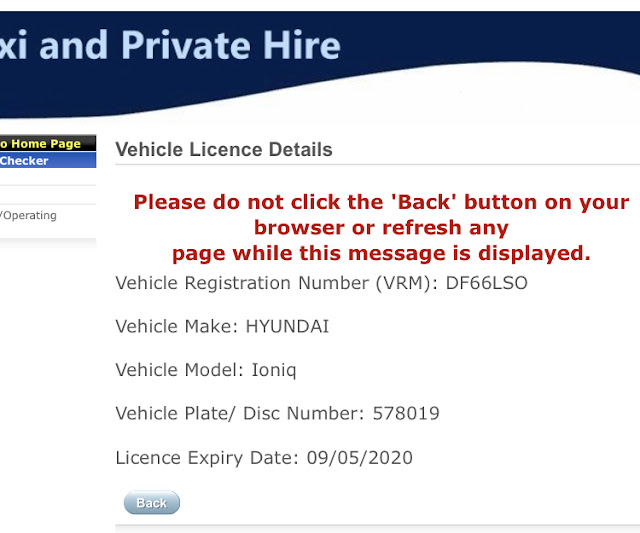 TAXI LEAKS EXTRA BIT :
Just when are TfL going to put a stop on this madness. Most of the incidents above have been covered up by the press....Why?
FIT AND PROPPER ???
Uber who are currently coming to the end of a 15 month probationary license have just been found guilty and fined £96,000 in Westminster magistrates court, for allowing drivers to use uninsured vehicles and failing to keep proper records.... any other private hire company would have incurred and immediate revocation of the license and the Private Hire Vehicles Act 1998....but not Uber who appear to have a ‘Special Relationship’ with Mike ‘on side Brown. 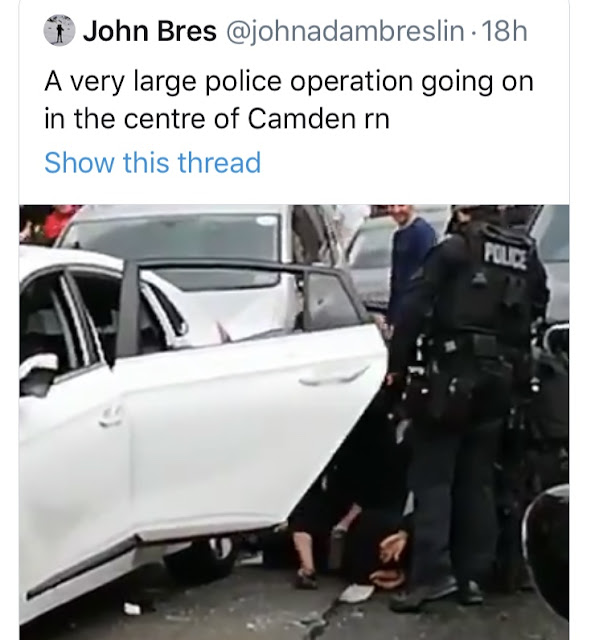