More Proof That The Lunatics Have Taken Over The Asylum 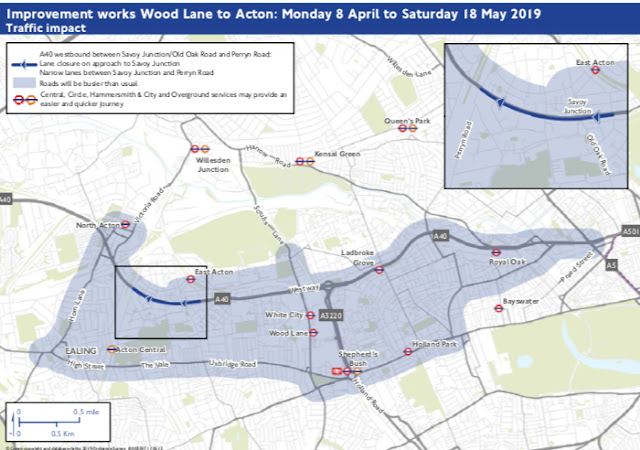 In their infinite wisdom (sic) TfL have decided to build 3.5km of shared use and cycle track on the southern side of the A40/Western Avenue from Acton (Kathleen Avenue) to Wood Lane (near White City). Work will start on 18 March 2019.

From 8 April 2019, the A40 will be reduced from three lanes to two lanes for westbound traffic, 24 hours a day during works.

They admit that traffic on the periphery, is likely to be highly affected with westbound queuing expected to be longer, especially in the evening rush hours (which incidentally start round about 3 pm).

TfL offer this advice to drivers on their website :

Driving through the area

Expect delays while travelling westbound on the A40 from 8 April, especially during PM peak periods (weekdays 14:00 - 18:00pm). Plan ahead, travel outside peak periods, and leave extra time for your journey.
Consider alternative ways of travelling, especially the Tube.

If you are driving, plan ahead, travel outside peak periods, and allow more time for your journey.
Consider alternative ways of travelling, especially the Tube and cycling. (Shows they have a sense of humour, but A40 commuters are not laughing)

Speak to your supplier about whether they can re-time deliveries and servicing trips to outside PM peak hours.
TAXI LEAKS EXTRA BIT:
Does anyone remember seeing a consultation about the need for a segregated cycle lane on this part of a busy clearway ???
Think it may have been a couple of years ago... and it was thrown out, with everyone saying it was utter madness!!!
But no consultation this time. While our attention has been locked on other pressing matters, it appears they’ve slip this madness back, under the covers. 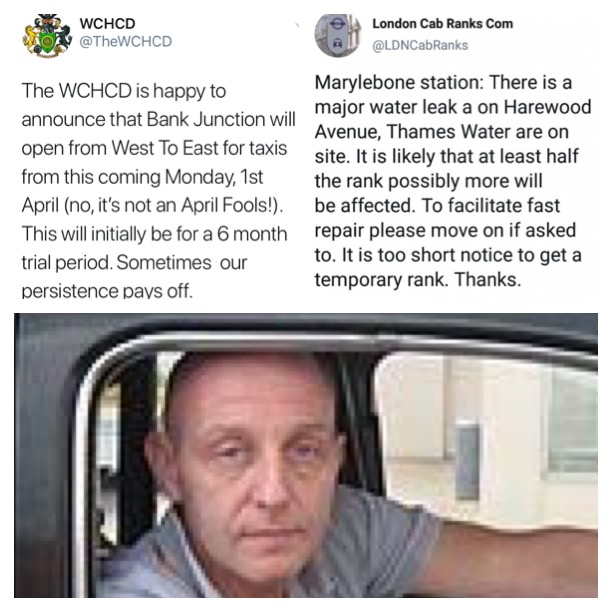 Don’t for one minute think our ‘Trade’s Not in Good Hands’...lol
1) Can’t be bothered cos it’s Friday!!
2) About 10 Days behind everyone else !!
3) Too busy allegedly selling off the Crown Jewels !!
TAXI LEAKS EXTRA BIT : PLAY THE GAME :
Fit the statements to the pictures above.
There are no prizes, as we feel most drivers will come up with exactly the same answers.
What we are sure of though, the LTDA have been out LTDA’ed.

We now have the WCHCD allegedly giving the impression, (sometimes our persistence pays off) it was they who arranged a 6 month trial for taxis to travel Eastbound only through Bank Junction, even though the CoL informed us days ago that due to Cannon Street being closed we could use Bank Eastbound!!! No mention from the CoL of trial just a completion date for the roadworks. Or is it a double bluff and it really is an early April fool statement???
We knew there would be a queue of people saying it’s all our work, and don’t worry we ARE on the case (very easy in retrospect).
We don’t need orgs who are great at making claims after the fact, we need leaders who lead from the front, who take the fight to our enemies, not sit behind their table and collaborate with them....then make benign claims of success.
WARNING, THIS IS ONLY A PARTIAL REOPENING FOR QUEEN VICTORIA STREET ONLY.
Cannon Street
Cannon Street will be closed in both directions between King William Street and Queen Victoria Street from 31 March until late 2019 to replace two major gas mains. There will be a temporary partial reopening of Bank Junction for an eastbound diversion from Queen Victoria Street to Threadneedle Street and King WIlliam Street only. All other restrictions at Bank will remain in place, Monday to Friday 7am - 7pm. For further information visit Cadent's website or contact the Community Relations Team on 0800 389 8261.
Wednesday was the completion of the Parliament Square Campaign (for now)
On Monday the militant drivers of the ITA will be going on Manoeuvers and taking the fight directly to TfL and the local councils.
Listen out for venue details later.
Posted by Editorial at 5:35 PM 7 comments:

Will Georgia Gould, Mike Brown And Sadiq Khan Be Charged With Discrimination? 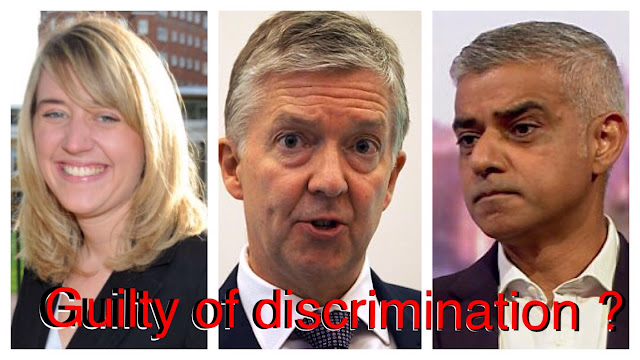 A recent article in a nation paper announced 'A disabled woman hopes a landmark legal victory against a London taxi driver who started the meter before her wheelchair was loaded will empower other disabled passengers'.

Emma Vogelmann, 25, and her PA Laura Creek challenged the cabby when he set the clock running before lowering the ramp on his cab outside King’s Cross station.

The driver has been found guilty under the Equality act.

Wheelchair passengers wishing to be dropped outside the front door of selected  shops on Tottenham Court Road at certain times during the day, will soon be told by the taxi driver they don't have access to the street in day time hours and they can only be dropped in streets running adjacent to Totenham Court Road.

This new system is at the bequest of Camden Council, TfL and the Mayor of London.

Our question to Emma Vogelmann and her PA Laura Creek....."will you both be empowered enough to take a law suits out against Camden Council's leader Georgia Gould, TFL's Mike Brown and Sadiq Khan under the Equality act with the same gusto as they used to prosecute the cabby.....or does the Equality act only apply to Taxi drivers " ???

If Emma Vogelmann and her PA Laura Creek can be empowered to take this line, then perhaps disabled groups across the capital will take up the gauntlet.

Perhaps this is also an avenue that can be explored by our own representative groups on behalf of their subscribers ???

Why should it be that a cabby can't discriminate against a disabled person, but Camden Council and TfL can ???


Perhaps we need a test case
TAXI LEAKS EXTRA BIT :
This could be argued in all manners of being hired but not immediately "loaded" as your time is required.
I remember Mr Miller tellng me and other new drivers on our pep talk, that we were hired on the moment of "hiring" and this meant putting your meter on, the fact that this driver was fully attentive and exclusive to the hirer and only the hirer, flies in the face of that statement as it could suggest that if someone else approached the driver with a more lucrative fare he could rightly decide to accept this proposition as his hire light would still be because of this ruling because he was without argument not fully engaged contractually to the first hirer.
The disabillity acts are there to ensure fairness to the disabled but if it becomes a tool of elevating rights above others it will surely be abused in a way this judicial decision hoped to prevent, and that is not what we as professional hope will happen.
be lucky
greenbadgejohn
Posted by Editorial at 2:57 AM 12 comments:

Help The ITA Email Every MP In The House Of Commons

*ATTENTION*
Dear Taxi Drivers, this is something you can all help with:
We have a request to ask you all, it will take a few minutes of your time, we have written an email template generator that will allow us to get the reasons why the ITA are calling protests that are happening in Parliament Square to your MP.
Specifically you as a driver go onto the page, put in your home postcode it then gets your MP’s name and email address you then put your full name and full address into the page pick a template it builds the email you sent to your MP, it produces the email address, subject line and the body of the email that you copy and paste into an email and send.
Over the weekend we have already sent an email that was similar to this one to every MP, but emails from individuals carry a lot more weight than mass emails from one source, the house of lords is being lobbied as well.
https://www.proactiveita.london/GenerateEmail
Any problems please email reply mailto:reply@proactiveita.london
There is an online version of the main bullet points in PDF format for you to read at https://www.proactiveita.london/pdf/ITA-1.pdf
*THIS SITE CAN NOW BE SHARED ACROSS ALL YOUR WHATSAPP GROUPS.*
Happy hunting.
Thank you for your time.
Posted by Editorial at 11:05 AM 3 comments: 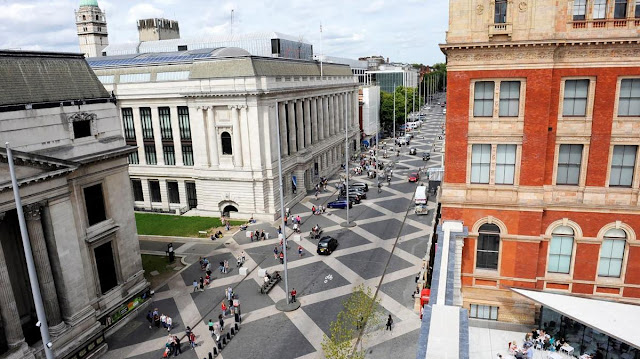 It was hailed as the urban boulevard of the future, sweeping away kerbs, pavements and clutter to make a “shared space” where motorists would mix respectfully with pedestrians.
Now Britain’s flagship £30m “naked street” is to be remodelled in what its opponents say sounds the death knell for the concept.
Street furniture including planters will be reinstalled to separate cars and pedestrians once again along Exhibition Road in Kensington, west London, seven years after it was torn out.
Kensington and Chelsea council, which implemented the scheme, says the changes are to “improve safety” and “protect pedestrians”.
It has acted after research carried out for the council found a “significant overall increase” in traffic speeds on the street since 2013.
Source : The Times
Also announced today in the Telegraph:

'Safer' 20mph Zones Have Led To A Rise In The Number Of Road Deaths, But May Prove Too Costly To Reverse.

Reducing the speed limit to 20mph has caused a rise in death and serious injuries, a council has admitted, but is refusing to reverse the scheme because it will cost too much.

But one year on, a report has found that the rate of people killed or seriously injured has gone up in seven out of the 13 new 20mph zones.

The review of the traffic control measures warns that this is a problem nationally, adding: "There is no simple explanation for this adverse trend but it could be that local people perceive the area to be safer due to the presence of the 20mph restrictions and thus are less diligent when walking and crossing roads, cycling or otherwise travelling."

Despite the council's own report concluding that there is "little in the way of persuasive argument for continuing the programme in the future", deputy leader Patrick Anketell-Jones has admitted there simply isn't the money available to reverse the 20mph zones.

The Conservative councillor said: "It has cost over £800,000 to roll out the 20mph zone and it would probably cost the same to reverse them.

"We just haven't got the money. I'm pretty sure the 20mph zones will stay in place for the foreseeable future."

TAXI LEAKS EXTRA BIT :
It's taken almost 6 years, but at least Kenington Borough Council have admitted, their planners made a mistake.
Let's hope other boroughs in Central London will man up and admit to their own planning disasters.
With the embankment along the north side of the Thames a virtual no-go area, it's time the segregated Cycle Super Highway scheme was scrapped. It's time councils stood back and had a good look at the damage they've done to the roads, the congestion they've caused, the extra pollution they've created.
Posted by Editorial at 5:15 PM 3 comments: