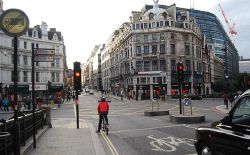 It’s turns out we’ve been blaming the wrong criminal... it’s not the City of London who have introduced the crazy no left turn from Ludgate Hill on to New Bridge Street, it’s our friends at TfL under the banner of their Vision Zero project that has already bought most of London to a standstill.

TfL tried to slip this one in under the radar, knowing there would be complaints from many sources such as Road users and local businesses. But the City of London Corporation are not taking the blame and have put Mike Brown's team firmly in the frame.

The City of London tweeted this yesterday on their Twitter account @SquareHighways... putting TfL firmly in the frame for this ludicrous action!!! 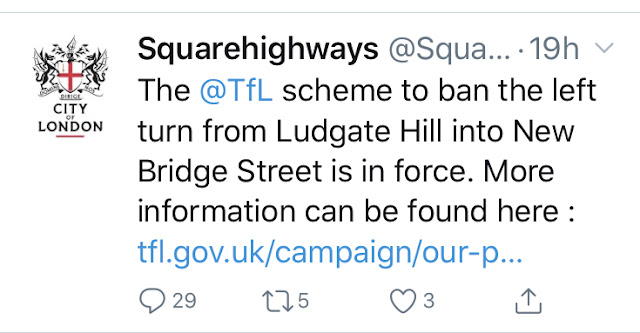 This below from TfL’s Website:
Improving London's roads
At any one time we're running hundreds of projects designed to improve living and travelling conditions in London's public spaces.

Ludgate Circus
We've been working closely with the City of London Corporation to address safety concerns around people walking at Ludgate Circus.

By banning some turns made by a small number of vehicles we can give people more time to cross at the junction - thousands cross each day.

This work will be monitored and reviewed into 2020.

These changes aim to improve safety and support our Vision Zero strategy to eliminate all deaths and serious injuries on London's transport network by 2041.

Be vigilant and aware of other road users when crossing, cycling or driving through Ludgate Circus junction.

TAXI LEAKS EXTRA BIT :
Just a quick note, although there are no cameras at this junction, it is advisable not to disregard the signage and turn left onto New Bridge Street as yesterday, a City of London Police constable was seen to be hiding by the scaffolding in New Bridge Street, nicking drivers turning left.... so be warned. 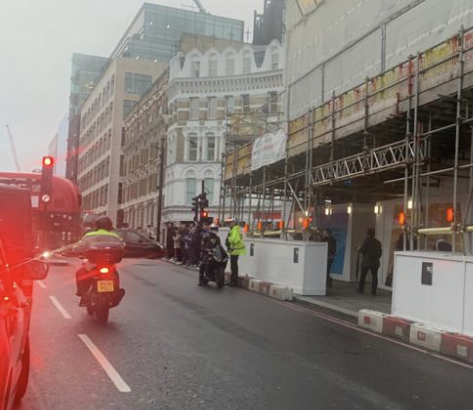 Apparently, according to the Gazette, this no left turn has only been allowed under the road traffic act for an experimental period.

Road Traffic Acts
City of London
FLEET STREET AND LUDGATE HILL – EXPERIMENTAL RESTRICTION OF TURNING MOVEMENTS INTO NEW BRIDGE STREET
THE CITY OF LONDON (LUDGATE CIRCUS) (NO. 1) EXPERIMENTAL ORDER 2019
1. NOTICE IS HEREBY GIVEN that the Common Council of the City of London on 25 November 2019 made the above experimental Order under section 9 of the Road Traffic Regulation Act 1984.

2. The effect of the Order will be in:-
(a) Fleet Street to restrict the exemption for buses to the no right turn restriction into New Bridge Street to operating between 11 pm and 6.30 am and to limit it to local buses only; and


(b) Ludgate Hill to introduce a ban on all vehicles from turning left into New Bridge Street.

Chairman of the London Cab Drivers Club told Taxi Leaks, he intends to bring this up at a meeting with TfL commissioner Mike Brown this coming Thursday.