If You Thought A Two Tier Taxi Rank System Couldn’t Be Done... Think Again, They’ve Already Done It In Holland 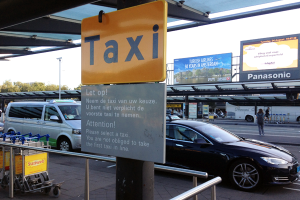 In 2013, Amsterdam introduced a new policy that regulates taxis that are engaged at a licensed taxi rank or hailed on the street. Since then, the number of taxis in the city has grown and there have been rapid technological advancements.

New regulations are needed to deal with these changes, and in particular the use of app-based private hire services. At present, the regulations governing private hire vehicles are still determined at the national level.
Amsterdam’s taxi policy
Amsterdam’s taxi policy contains the following goals:
Policy changes
In December 2017, the city council approved a number of measures designed to improve the quality of Amsterdam’s approved taxi organisations (toegelaten taxiorganisaties, or TTOs). The following changes went into effect on 1 February 2018:
Evaluating Amsterdam’s taxi network
In addition to the policy changes outlined above, Amsterdam’s entire taxi network will be evaluated in 2018. This analysis will include topics such as the growth of the private hire market and the technological advances made in recent years. Based on these conclusions, it may be necessary to make adjustments to the city’s taxi policy.
All taxis emissions-free by 2025
Fresh, clean air is a basic necessity for all Amsterdammers. The City of Amsterdam is currently working with taxi organisations to keep our city healthy and to ensure that the entire taxi sector is emissions-free by 2025. The ‘Clean Taxis for Amsterdam’ agreement (PDF, 681 KB) (in Dutch) contains a number of clear goals. The most important of these is to make all taxis fully emissions-free by 2025. To accomplish this ambitious goal, the city government is taking the following actions:
Enforcement
The objectives listed in the city’s taxi policy will be strictly enforced. Most importantly, all taxi customers have a right to:
City officials, the police, and the Human Environment and Transport Inspectorate will also monitor taxis to ensure that they obey traffic laws and avoid causing disturbances, and that the TTOs fulfil their roles effectively. The TTOs themselves are responsible for monitoring the drivers they employ. 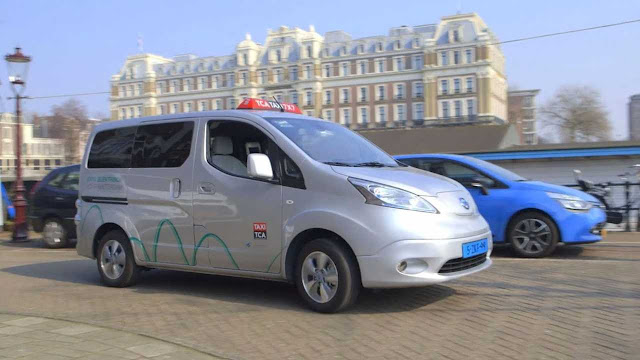 According to Nissan, Amsterdam is the electric taxi capital of the world. There are companies, Taxi Electric, Connexxion and TCA who operate more than 170 Nissan LEAF and e-NV200 electric vehicles for all passengers and those with restricted mobility.

The LEVC TXe has been available in Amsterdam since 2017, diesel Taxis older than 2008 are banned.
Just recently, Tesla have made a debut into the ranks of Amsterdams Taxi and Private Hire Trade 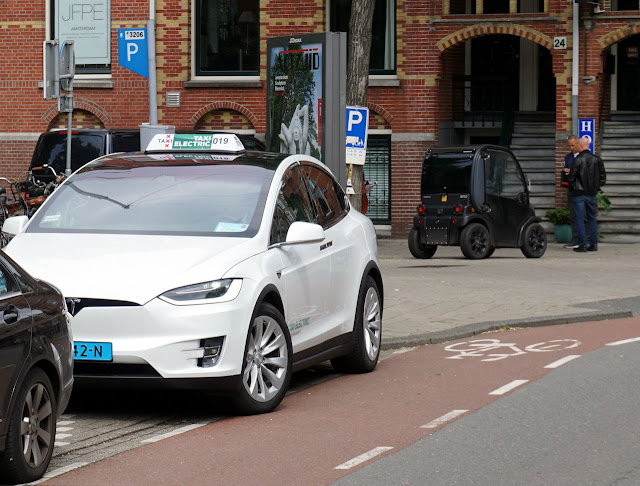 I have been informed by my good friend Stanley Roth that in Amsterdam, a number of TX4 taxis have successfully been converted to electric by a Dutch company.

However a number of these vehicles have caught fire.
Posted by Editorial at 12:00 AM