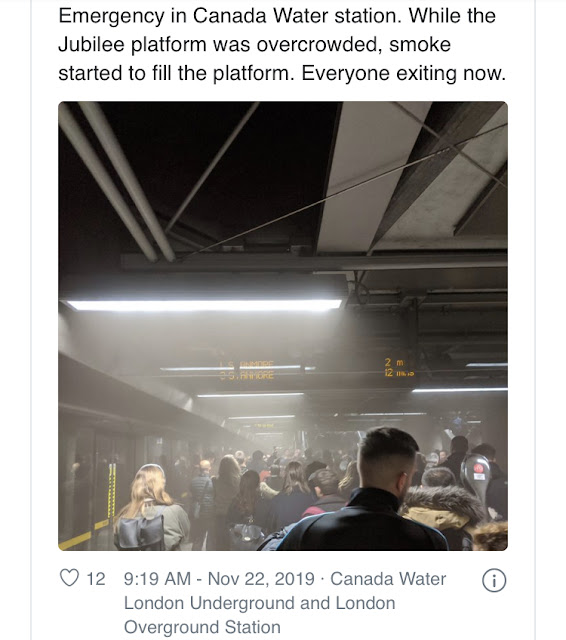 Footage was published on Twitter showing Canada Water packed as people were funnelled into a bottleneck trying to leave the station.

Passengers posted video of the scene on Twitter, showing a haze in the air on the crowded platform.

TfL responded by Tweeting: "The issue was investigated and was found to be dust from the ventilation and not smoke. Sorry for any panic caused." 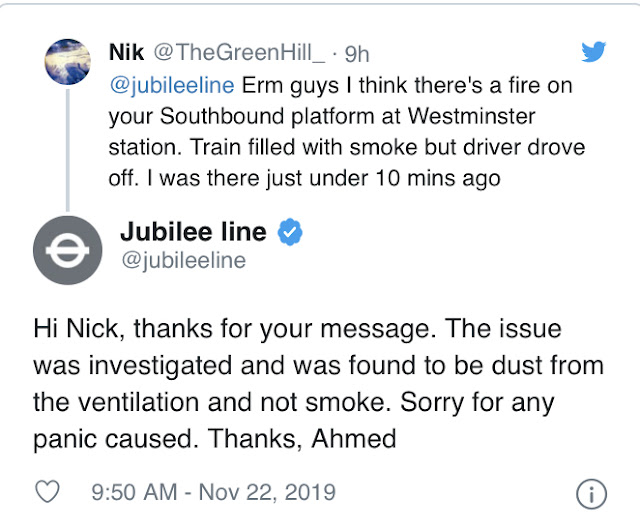 TfL again trying to trivialise what actually happened, instead of telling the public the truth.... this was toxic fumes that they normally vacuum from the system and distribute through ventilation shafts on to the roads above.

A passenger at North Greenwich tube station said that an announcement was made saying the two stations had closed while "high dust levels were being investigated".
So now toxic PM10s are now only dust when it comes to the tube? 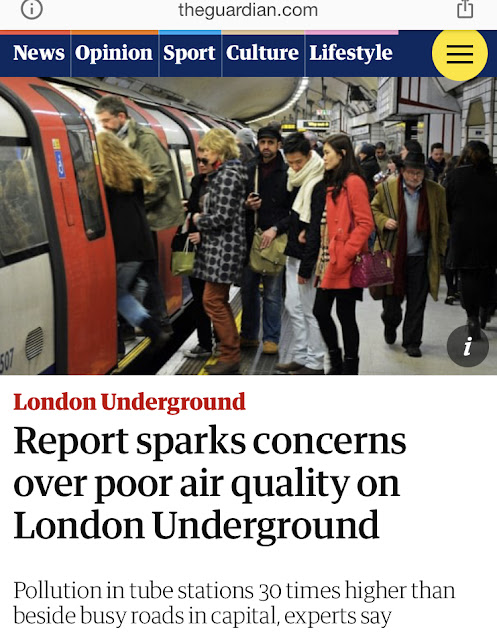 TfL have know for years that the air on the Tube network is highly toxic. Instead of dealing with this massive problem, the air is sucked out of the system and distributed into the atmosphere of the streets above, through a network of ventilation shafts like the ones that are highly visible at Warwick Avenue and Swiss Cottage.

TfL has accepted the recommendations in various reports and say they will carry out further monitoring and testing of dust samples.

They insist that while the tube operates well within the Health and Safety Executive specified limits, it has set an “informal target” to limit exposure to dust.

So if the tube operates within the Health and Safety Executive specified limits, and given that the pollution from the tube system is anything up to 30 times higher than the streets up above.... why is the Mayor screaming that we have an air quality emergency on our streets and yet, never mentions the tube ???

The question begging to be asked is : Does the tube have a different Health and Safety Executive specified limit, to the roads above....if so, why ???
Posted by Editorial at 8:00 PM