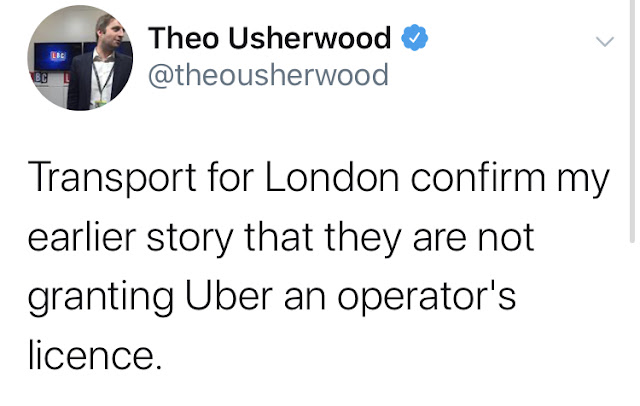 So, TfL have informed Uber they are not going to relicense them, and here we go on the merry go round again as Uber appeal.
The case probably won’t be heard in court for at least six months and Uber’s lawyer will claim that they’ve now changed and another extension will be handed down.
And they will just carry on as normal. Rapes won’t go down, sexual assaults won’t diminish, crashes will get worse, customer accounts will still be hacked. 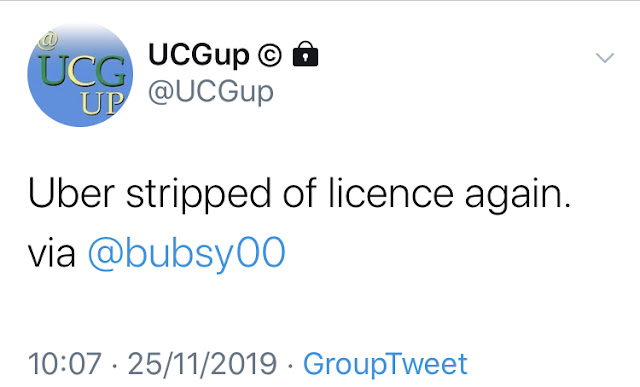 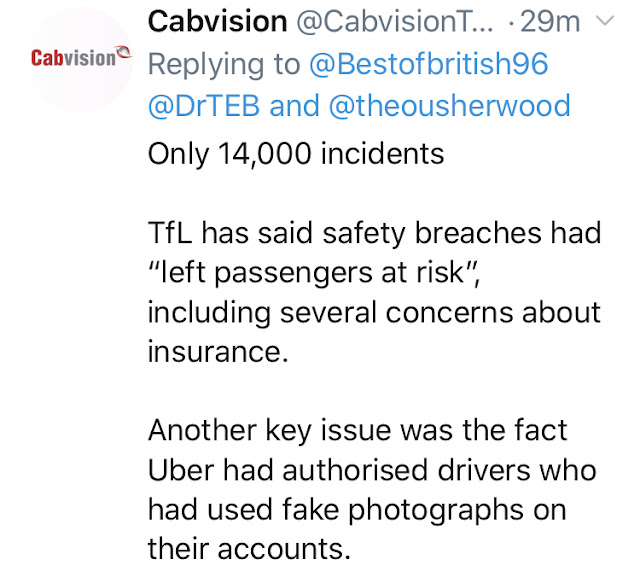 TfL should not have waited till the licence extension expired, they should have revoked Uber’s licence after the 13,000 fake DBS and Medical certificates expose’, after it was found they weren’t reporting complaints of sexual assaults, after it was found they were letting drivers upload fake documentation and insurance cover notes, after the fake topographic test results, after the two court cases.
That way Uber would of had to cease trading as with Taxify.
But doing it this way is a cop out as Uber can carry on as normal while on appeal.
Will we see Uber just change their name and be granted a new licence like Taxify, who now trade under the name of Bolt.
It appears we have a regulator who is scared of its own shadow and commands no respect, a regulator who again puts revenue above public safety.
Enter UTAG17 stage right !!!

Helen Chapman, Director of Licensing, Regulation and Charging at TfL, said: “As the regulator of private hire services in London we are required to make a decision today on whether Uber is fit and proper to hold a licence. Safety is our absolute top priority. While we recognise Uber has made improvements, it is unacceptable that Uber has allowed passengers to get into minicabs with drivers who are potentially unlicensed and uninsured.

“It is clearly concerning that these issues arose, but it is also concerning that we cannot be confident that similar issues won’t happen again in future. If they choose to appeal, Uber will have the opportunity to publicly demonstrate to a magistrate whether it has put in place sufficient measures to ensure potential safety risks to passengers are eliminated. If they do appeal, Uber can continue to operate and we will closely scrutinise the company to ensure the management has robust controls in place to ensure safety is not compromised during any changes to the app.”

Is Helen Chapman coaching Uber on how to get round this refusal, she didn’t give this information to Taxify???? 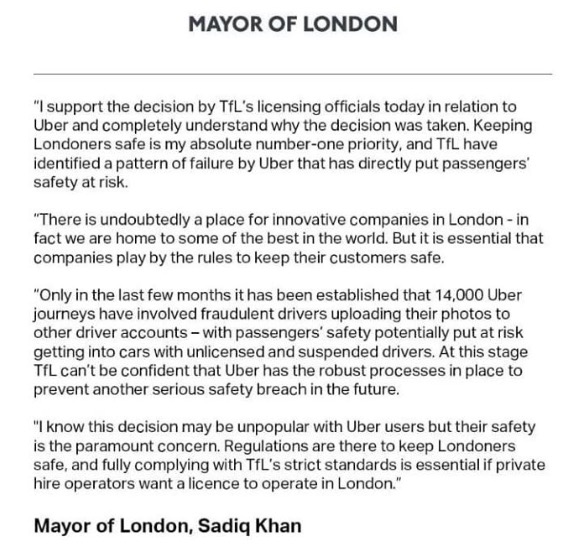