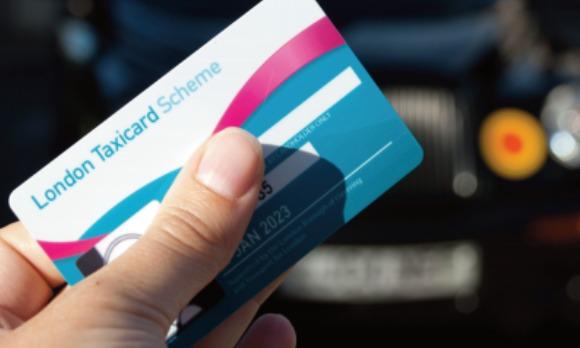 Taxicard offers subsidised travel in licensed taxis and private hire vehicles to residents with serious mobility impairments or who are severely sight impaired.

Previously in Wandsworth, only single swiping was allowed.
Single swiping is when a Taxicard user takes a trip, they swipe their card on a machine held by the taxi driver. This registers that they have used one of their allocated trips and allows for the subsidy to be applied to the fare.

Swiping twice deducts two trips from a user’s allocation and allows for a double subsidy to the cost of the trip. However, it also doubles the minimum user contribution required.

Labour Councillor Simon Hogg said the decision to allow double swiping will help disabled people who can’t use the bus or Tube get out.

“Wandsworth is a great place to live but some people find it a challenge to travel around the neighbourhood," he said.
“The Taxicard scheme helps disabled people who can’t use the bus or Tube to get out and about with subsidised taxi trips.

“It’s good news that Wandsworth Council has reformed the scheme to broaden the horizons of local people.

“Huge thanks to Labour councillor Annamarie Critchard for her hard work behind the scenes to make this happen.”
The issue was last formally considered by the council in 2009 where it was decided not to allow double swiping, largely due to financial reasons.

TfL currently fully fund the Taxicard scheme within the borough with no additional budget contributions from the General Fund," a report prepared for the meeting in which the scheme was approved read.

"It is unclear if the proposals in this report will result in a significant increase in the use of Taxicards to a level where the council exceeds the TfL allocation.

"However, it is estimated that usage would need to increase by approximately 50 per cent before this would be breached.
"This will be monitored closely and, if it proves to be the case that the allocation is exceeded in either the short or longer term, the council will need to review its decision."

As part of the approval it was said the council will review the impact of the implementation of double swiping in 12 months’ time and thereafter annually, with particular reference to the funding made available by Transport for London, to determine whether it can be extended for a further year.

Taxicards can be used 24 hours a day, 365 days per year subject to the availability of vehicles. Individuals can use them up to a maximum of 104 times per year.
Posted by Editorial at 1:08 PM