Proposed permanent closure of Beak Street to vehicle traffic from 11am till 7am the following day. 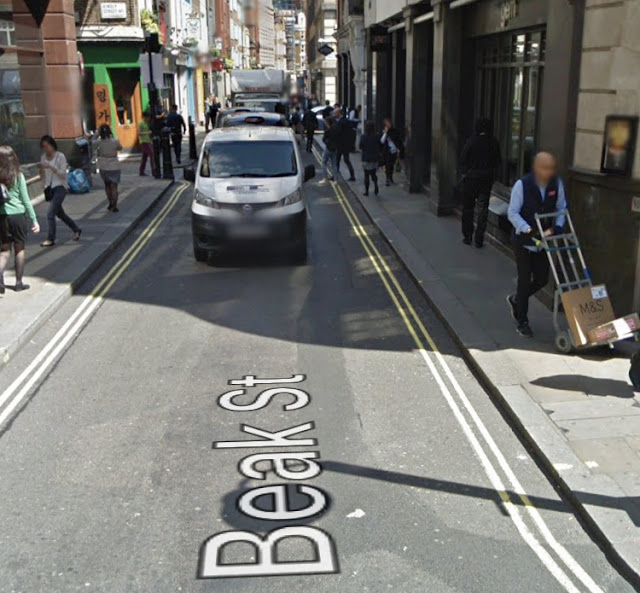 The pedestrianisation would extend along Beak Street from Warwick Street to Upper James Street.  All westbound traffic on Beak Street would be routed down Upper James into Golden Square and then on to either Brewer Street or Denman and then presumably Shaftesbury Avenue.

Deliveries would take place between 7 am and 11 am in the morning - when traffic would flow, leaving the rest of the day (and night) from 11am to the following morning at 7 am for pedestrians only and commercial activity though increased pedestrian footfall for shopping.  This proposal would also facilitate increased use of the carriage way for tables and chairs and overflow from the pub.

Marshall Street junction with Beak Street would also be closed with all Broadwick street west bound traffic routed down Lexington. Traffic will be reversed on Bridle Lane.

These proposals are intended to increase comfort for pedestrians and are based on a traffic survey provided by Shaftesbury itself and "generally support the modal shift to pedestrians in this area."

Next steps are an informal consultation with the local community.  If there is "broad support" there will be an experimental traffic order and formal consultation.
The Soho Society’s own informal survey is at the bottom of the page.
The Councillor responsible is Tim Mitchell who can be contacted as follows:-
Correspondence address:
Westminster City Hall
64 Victoria Street
London
SW1E 6QP
Bus. phone:  020 7641 5371 (Cabinet Team)
Email:  tmitchell@westminster.gov.uk

Where do these planners think this traffic is going to go, when they close off streets and so called rat-runs?

I believe this started in the late 70s on the West Way, they closed all the little side street off so if you were stuck in traffic, you just had to sit there, you couldn’t escape. You just added to the congestion and made the jams worse.

Now they’re doing it in the West End and City...they are closing off streets leaving the traffic no alternative than to stay on the main road m, with all the other traffic and just sit there in the congestion causing more even pollution.

Ken Livingston cane up with this plan when he introduced the congestion charge.... before he could charge for congestion, he had to cause it.

Now to charge for an Ultra Low Emissions Zone...they are creating even more toxic air, over a wider area, which will now result in a massive extension of the ULEZ.

Other questions Taxi drivers should be asking are...
How long have our largest org (via the JTRC) known about this closure?
What meetings have they had with Westminster over this?

Probably be the same silence that the trade was given over their recent secret AGM! 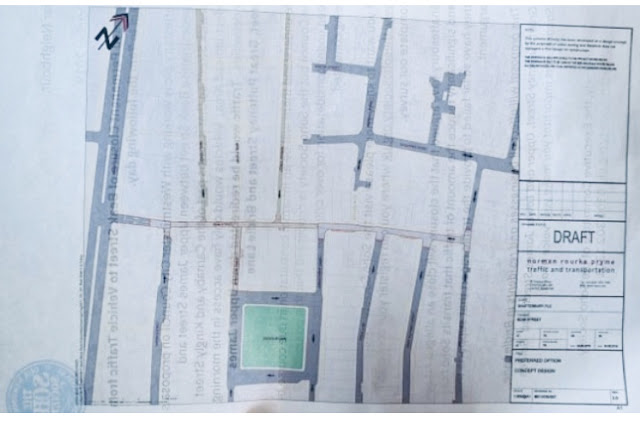