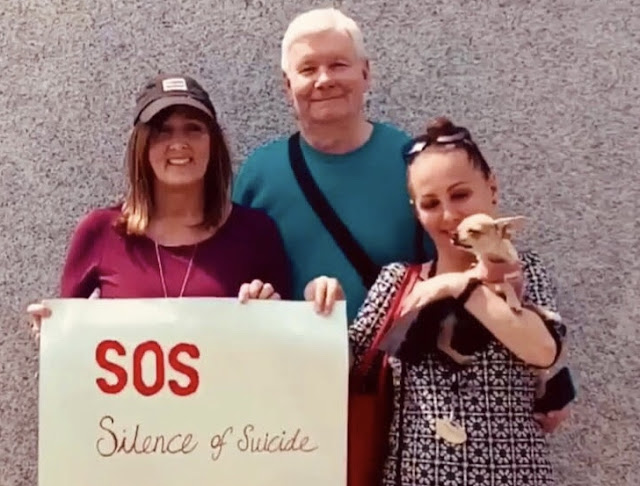 SOS Silence of Suicide has been working closely with some London black cab drivers in an attempt to understand the psychological challenges that both the job, and industry regulations stipulated by TFL, impact upon these men and women in their professional and private lives.  Reports of depression, stress and anxiety are growing by the day and changes urgently need to be made to bring about improved mental health.

Continuous support is offered by ourselves free of charge and there are many other charities and groups who can provide much needed assistance – there is no doubt that those who are an historical and much loved part of the London landscape are fighting to earn a living above the national minimum wage, whilst having to operate within a regulatory climate that reduces their freedom of movement and hence their earnings.

In comparison, other taxi operatives in the City are free to operate without the same restrictions, creating an unfair working environment.  It is not difficult to see why poor mental health is on the rise.

SOS were shown a confidential email recently, received from the Sarah Hope Line (a counselling service funded by the TFL) and written to a cab driver who had been utilising this service that should, in theory, help him and others.  His initial belief, and relief, that TFL were attempting to offer support, quickly evaporated when he was told that he could not discuss the causes of his poor mental health if they related to issues at work.
In this particular instance, the driver concerned was told he had to manage his own traumas outside of counselling.

It is quite ridiculous to suggest, let alone enforce, the ethos that you cannot discuss the issues that may create, or compound, poor mental health at counselling sessions, and the attitude of the SHL has been poor, uncaring and dismissive. They are certainly not displaying the professionalism or empathy required whilst purporting to help those in crisis. We have written ourselves asking for an explanation of their protocols, but have been met with silence.

Caroline Pidgeon MBE, a member of the Liberal Democrats in the London Assembly, is addressing the concerns of these drivers directly.

SOS will continue to offer unwavering support to the drivers and we hope that the near future sees TFL working to provide a counselling service that does not restrict freedom of speech amongst its clients.  After all, being a regulator does carry responsibilities to those it represents and those responsibilities need to be recognised, and honoured, in a correct way.

A documentary, made by Jasper Warry from Hello Deer Productions called ‘Driven To Despair’ can be viewed by clicking HERE
SOS Silence of Suicide.
October 2019
Posted by Editorial at 1:07 PM