Taxi Licences Buyback Would ‘Level The Playing Field’...Would This Work For London ??? 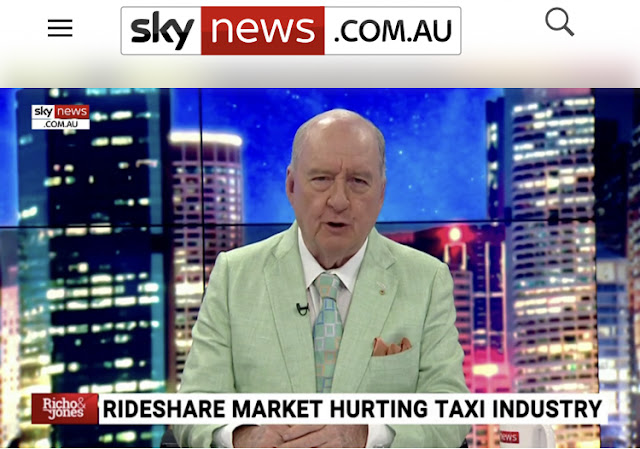 Better late than never I suppose, but what about all those who have already committed suicide, gone bankrupt, lost their houses and their life's work has been for nought because Governments didn't honour the contracts with Taxi Licence holders?
Their is blood on the hands of politicians across the country and for what originally, supporting a US, tax-evading Ponzi scheme called Uber.
Sky News Australia:
Taxi licence buyback would ‘level the playing field’
18/09/2019
The NSW Taxi Council is urging the state government to buy back taxi licences and lease them to the industry "at an appropriate rate for the market that we have" as cabs struggle to compete with ride-share services.
Taxi Council CEO Martin Rogers said his council is having "constructive conversations" with the NSW government about how to fix the problem of taxi drivers having to pay extra costs compared to ride-share drivers and he believes "it can be fixed".
"Let’s look at those costs that operators have to level the playing field and let’s make sure that drivers who want to operate can, and can make a decent living," he said.
Posted by Editorial at 12:55 PM

Yes, buying back licenses is the best way out for the drivers. There unfortunately is no levelling of the field that can undo the damage done to the cab trade, so money is the only option. This approach should have been put in place rather than paying drivers to decommission perfectly good cabs, that have created a shortage, that in less than two years, will be the ruin, for drivers, who don’t want to get eye balls in debt again. How much would they pay us?. I can answer that already.... not enough!.