Mayor Of New York Ridiculed For Calling For Cyclist Registration, Rider Licenses AndThe Wearing Of Helmets To Be Mandated 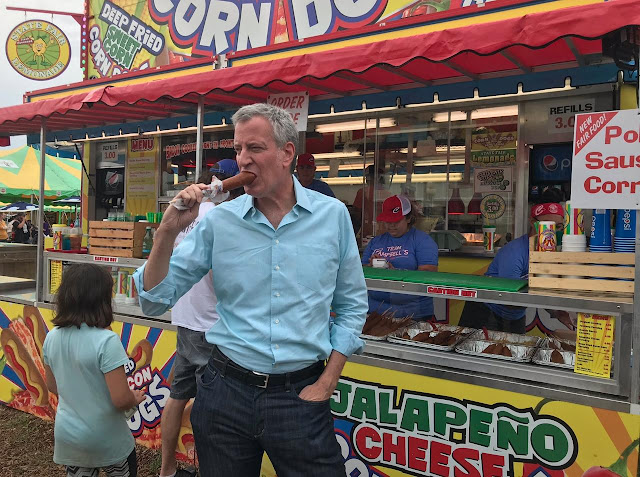 Mayor of New York Bill de Blasio, has been ridiculed in the media for his idea of making bicycle riders get licenses and registrations, similar to automobiles, to make them accountable.
According to the New York Daily News and the Washington Times, the mayor is seen as wanting to expand the city’s safety regulations, which have suffocated its citizens with pointless regulation being paid for by raising taxes that are driving people out of the city in droves. (Sound familiar .... London’s Open)
Here in London, there have been calls for all cycles to have registration plates as the standard of cycling has become quite absurd. Riders regularly speeding, undertaking and jump lights. Most cyclists can be seen at night without lights, wearing head phones, using mobiles, and travelling way to fast to be considered safe. 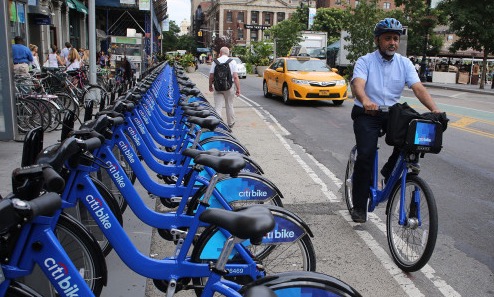 De Blasio has suggested that even the people who rent Citi Bikes should also be required to wear helmets.
Sounds like a sensible idea to make helmets a requirement and should help with their Vision Zero agenda (So TfLs Vision isn’t unique).
Recently we’ve seen many complaints from disability groups over on-demand cycles left carelessly abandoned, blocking pavements, with virtually no regulation over their use.
De Blasio said that the idea of licenses and registrations for cyclists was a "valid discussion" and said he also wanted to crack down on bikers who are breaking traffic laws.
This led many to ask: New York City has traffic laws? The way cyclist operate in the city, would lead mist people to think there are no traffic laws when it comes to cyclists.
Advocates for cycling are the same world wide and think they are above any highway law. They say De Blasio’s suggestion is absurd.
They argue: that regulating cycling is going to discourage people from doing it, which is the opposite of what the city should be doing. But shouldn’t everyone be looking to make cycling safe as a priority?
Or should we just abandon traffic law completely across the card ??
Joe Cutrufo, New Yorks own Jeramy Vine and spokesman for advocacy group Transportation Alternatives said: “Requiring helmets and bicycle licensing is counterproductive to Vision Zero because they’re a deterrent to cycling. But how will they achieve Zero fatalities if they continue to allow unsafe cycling?
Perhaps Mr Cutrufo just hasn’t grasped the concept of Vision Zero? 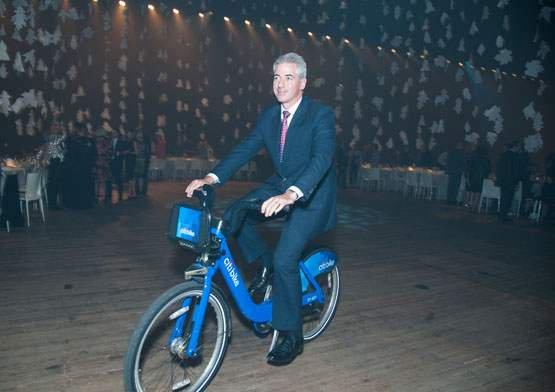 Rebel Riber Corey Johnson Without A Helmet
Council Speaker Corey Johnson wrote on Twitter: “We need to be encouraging cycling, not creating obstacles. These ideas won’t help us increase bike riding in NYC.”.... but it will mean safer cycling... or doesn’t that matter Corey???
How many motorcyclist lives have been saved by wearing crash helmets since they were mandated on 1st June 1973???
Posted by Editorial at 2:48 AM

There has to be regulation as a free for all eventually has a negative effect on life,& the perfect example of this is the free for all with the offshore radio stations in the 60’s & 70’s,Major Oliver Smedley shooting Reg Calvert dead of Radio City,The Kray’s rumoured to going to get involved in offshores radio,which led to legislation banning offshore broadcasting.Then in 1971 the bombing of Radio Nordsee by Radio Veronica leading to legislation in Holland,these examples are the extreme of why we have legislation & live by the rule of law otherwise it’s living in fear,no different to a blind man taking his journey down the road falling over a parked hop on style bike with serious implications,as for the rest of what we see I hope we are seeing an end to free market capitalism as that benefits no one.