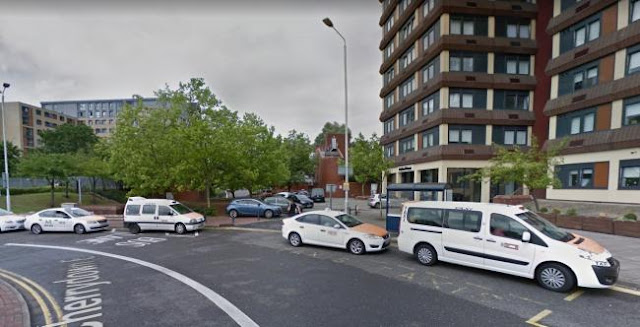 UBER’S "stranglehold" over Basildon could come to an end as council bosses plan to write to the controversial firm insisting it either withdraws from the area, or applies for a proper operator’s licence.
A host of Basildon-based Taxi and Private Hire firms have previously told the local media that Uber is eating into their business across the borough.
Basildon has seen a sharp increase in TfL registered Uber’s activities in the area over the last three years and as a result, the council’s licensing committee have met to discuss fears over Uber, and the best next steps to take.
As things stand, Uber drivers are licensed by ‘Transport for London’... meaning Basildon Council has little power to take action against drivers and to regulate Uber’s work in the borough.
A Basildon Taxi driver, who asked for his identity and the name of his company to be withheld, said: "It is excellent news that Basildon will be putting extra pressure on Uber.
"We all know that they are not up to scratch; they are not licensed by the council, no-one is really regulating them. We go through so much training and rigorous testing, and they rock up with a driver’s licence and a nice car and it’s all that easy."
Uber are currently on a probationary licence from TfL and by dispatching work to their drivers out of their licensed area, they are (again) in breach of that probation. TfL should be revoking their PH licence but instead, TfL are looking to reissue Uber with another short term licence.
In the past, Direct Cars driver Martin Taylor told the local press "my earnings have dropped and I’m now working longer hours since Uber’s emergence in the borough".
But not everyone is convinced.
Basildon councillor Andrew Schrader has publicly spoken out in support of the firm, previously branding it "healthy competition" and part of the modern use of technology.
But surely ‘healthy competition doesn’t include the illegal practice of predator pricing, which appears to be Uber’s normal modus operandi.
As a result of the meeting, last Wednesday, the council decided to write to Uber -as well as any other cab firm operating from outside the borough- and also write to the relevant secretary of state expressing concern.
A meeting will also take place between the council licensing committee, MPs and Basildon based taxi firms later this year, to discuss the issue.
Eyes from around the country will be on TfL’s announcement on the future of Uber’s London operation, later this week.
Posted by Editorial at 12:19 AM

Funny how its the CONservative counciller schrader that thinks uber is healthy competition for the taxi drivers, yet basildon man are the leaders in voting for the CONS, maybe the taxi drivers of Basildon will now think more carefully before they give schroder and his ilks their vote!