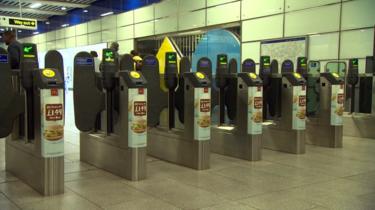 TfL has temporarily suspended its online Oyster accounts after a breach
Tube travellers have had their online payment accounts hacked, according to Transport for London (TfL).
Some 1,200 customers attempting to access their online Oyster card accounts have reported being denied access since Wednesday.
TfL said while no customer payment details had been breached it had "temporarily suspended" online contactless and Oyster accounts.
The transport body has six million online Oyster account holders.
A spokeswoman said the numbers compromised is believed to be small and an initial investigation indicated the Oyster online service had not been compromised. 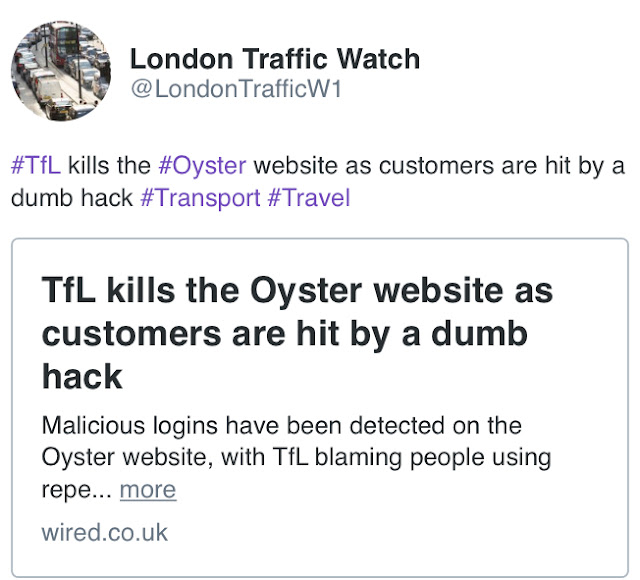 "As a precautionary measure and to protect our customers' data, we have temporarily suspended online contactless and Oyster accounts while we put additional security measures in place."
TfL said it believed hackers accessed the accounts of Oyster customers via a third party breach; people who might have recycled their passwords and logins for other websites.
"We encourage all customers not to use the same password for multiple sites," said TfL.
The London transport body said it would be contacting customers affected and had reported the incident to the National Cyber Security Centre and British Transport Police. 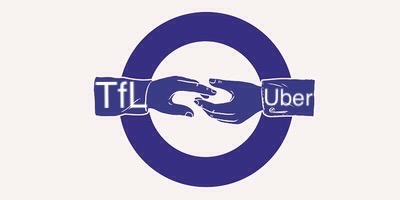 Large data storage is always a risk for data hackers, its always prudent to protect yourselves by never keeping all your passwords the same, swap them around or change them slighly for maximum protection.

Can't be long before old trusted cash comes back into fashion,,,,no hacking there,as far as online & passwords go as i'm getting older i don't want fuck all to do with it,it seems to be creating more problems than it's solving,so fuck the gig economy??

Colin.
What you trying to say ?