Can we put to bed the well perpetrated nonsense from TfL that ‘ALL PH DRIVERS’ have exactly the same deep background checks as Taxi drivers (3 years minimum in UK) Truth Is...They Do Not.
Below is a page from TfL’s own rules in the Staff Manual.
3.3.10 Overseas criminal history checks
Any applicant who has lived in a country other than the UK for one or more continuous periods of between three and 12 months (other than periods of extended vacation) within three years of the date of application is required to complete form TPH/205.
The applicant will then be asked to produce a ‘Certificate of Good Conduct’ from the relevant country. The responsibility for obtaining such a document falls to the applicant and not TPH.
The ‘Certificate of Good Conduct’ should be an extract from the judicial record or equivalent document issued by a competent judicial or administrative authority for the relevant country.
This Certificate should document any convictions recorded against the individual or to confirm ‘good conduct’.
This requirement is in addition to the enhanced DBS check which is required for all applicants.
To obtain a Certificate of Good Conduct the applicant should approach the relevant embassy or legation. A translation is required if it is not provided in English.
Driver’s Licences – New Applicants Staff Manual v12.1 17
Where an applicant is unable to provide the above, they must explain why and provide references from individuals/bodies who can confirm their conduct for their time in the country (the referee must not be a family member).
The absence of a ‘Certificate of Good Conduct’ or references will not prevent an application from being considered but the failure to do so will be taken into account at the decision-making stage.
Each case must be considered on its merits.
Particular consideration will be given to assess whether the applicant has demonstrated that they have provided all the available evidence or made every effort to obtain the information. Ends. 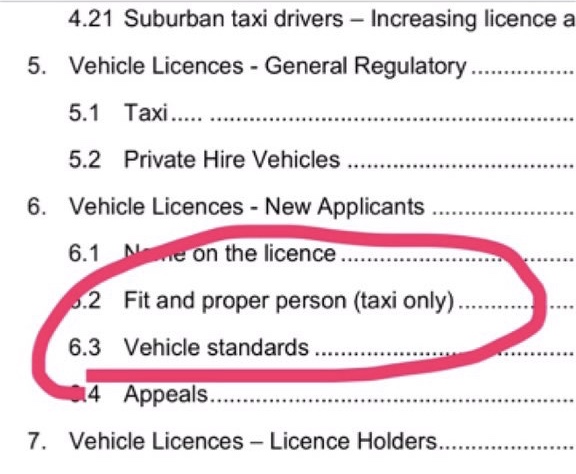 Anyone with previous criminal convictions, even for rape... can register a car as a Private Hire Vehicle and get the yellow roundel which leads the public to assume he/she is thoroughly checked, truth is... they are not, FACT.
TAXI LEAKS EXTRA BIT:
So, how dangerous is this?
Let’s cast our minds back to the incident outside the Natural History Museum on the corner of Exhibition Road.
The TfL registered Prius carrying three young female passengers was driven at speed, onto the pavement, into 9 pedestrians... many of whom were hospitalised... and then crashed into the side of another PHV.
We later found out the driver didn’t have a PH licence, was using the Uber app registered to someone else who was no longer in the country.
At first we were told it was a terror is attack, then we were told it wasn’t terror related....and then, the story completely disappeared from the main stream media news feeds. 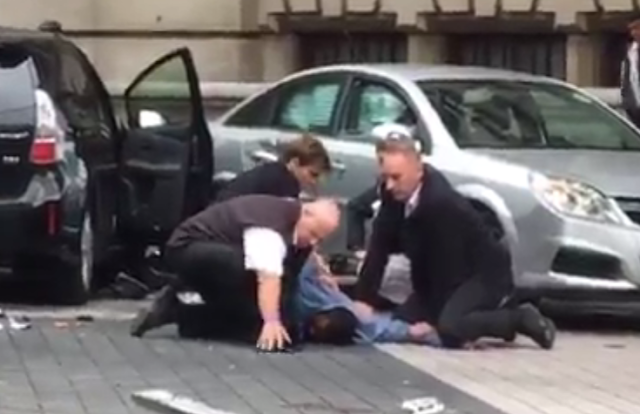 Other stories that don’t make sense included the Uber driver who attacked police in the Mall with a Samurai sword. We were informed even though the driver shouted "Allahu Akbar", this wasn’t terror related and Mohiussunnath Chowdhur was acquitted after a retrial. 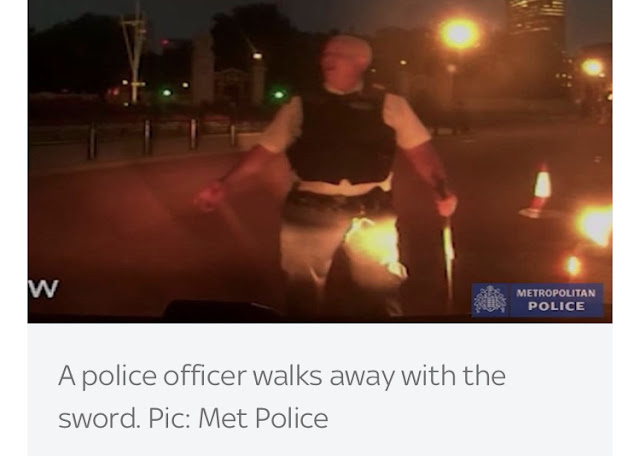 A second Uber driver, later smashed his Prius into the gates of Buckingham Palce and guess what.... not terror related.
Same with the Uber driver Muhiddin Mire, 30, who tried to behead a stranger at Leytonstone Underground Station, again we were told ‘not terror related’. 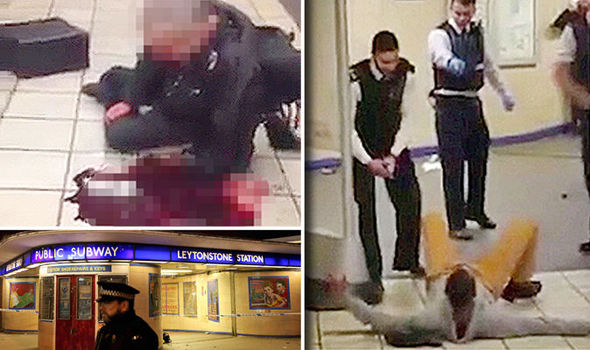 Then the case of Abdul Kikwera, 33, who was arrested in the Aldwych after a tip off, carrying a loaded revolver and 17 rounds of ammunition. 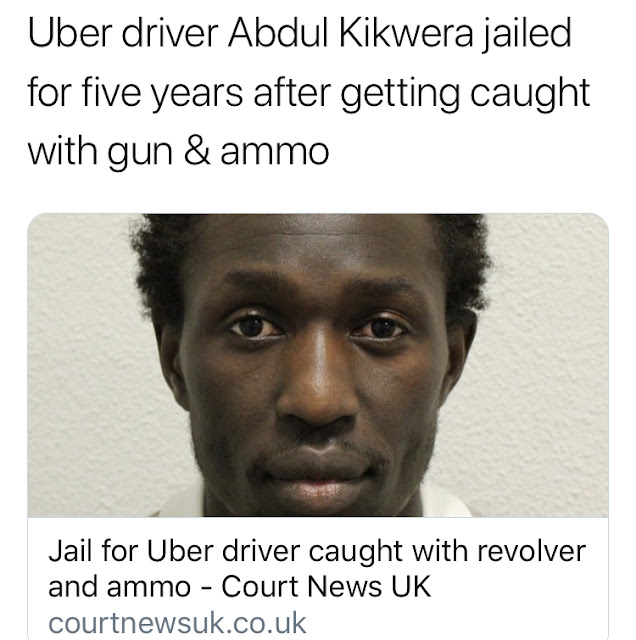 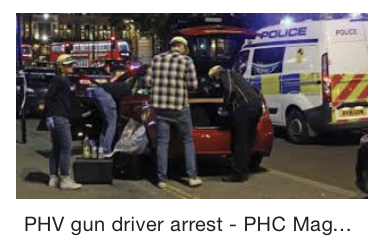 Amazing how quick these stories seem to disappear from mainstream news websites.
To this day Helen Chapman has never explained why 13,000 PH drivers found with fake criminal record checks were swept under TfL’s carpet!
She did try to infer that this story wasn’t true at a meeting with trade reps, but when it was pointed out that the story had been posted on TfLs own website and in the Times newspaper. She went silent and made no further comment.
HOW MANY OF THESE ATTACKERS WERE ON CHAPMANS LIST?
How many of the serious sexual assaults and rapes, have been carried out by drivers on Chapmans list?
This scandal isn’t going away, we’re still waiting for answers.
Before you leave an anonymous comment on this article saying so what/it don’t really matter.... just read this article again to see the quality of TfLTPH criminal record background checks
https://taxileaks.blogspot.com/search?q=Genocide&m=1
Posted by Editorial at 12:30 AM

Let them carry on having their sub standard checks & not being anywhere near the standards of the London licensed Taxi trade. I think the public (with the exception of the air head millennials) are sussing them out now. And more to the point; if they achieve the same supposed 'standards' it'll classify them as being the same in the authorities eyes. Then, think about it; even though we will know their 'standards' are sub standards, they'll be screeching for bus lanes, ranks & anything else they can purloin! No keep them sub standard & as far away from the licensed taxi trade as possible. It caused major damage basically licensing them as it gave them a cloak of respectability & enabled them to obtain many radio accounts. A shot in the foot has already occurred but don't now machine gun the foot!