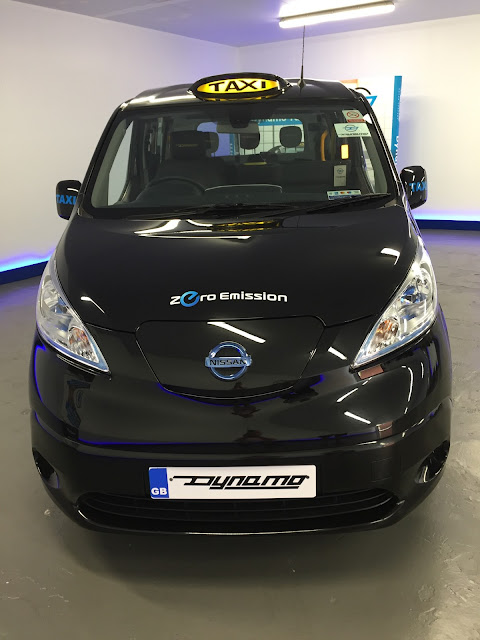 Good news for the trade for once!
Northwest Taxis have now taken delivery of the new Nissan Dynamo, which you can now book for a test drive by phoning Paula on 0208 206 0330 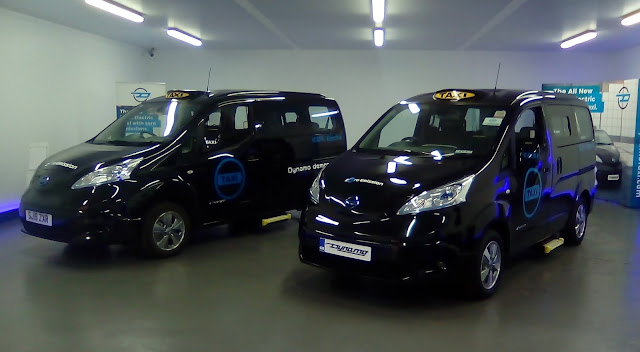 I recently visited the showroom (Northwest EV, 12 Carlisle Road, NW9) to see the new Nissan Taxi with a completely open mind...I've heard all the talk about it being too small, not looking like a Taxi, won't get plated by TfL etc, etc.....but I must say that after being shown around the all new fully electric Dynamo Taxi, I was completely blown away. 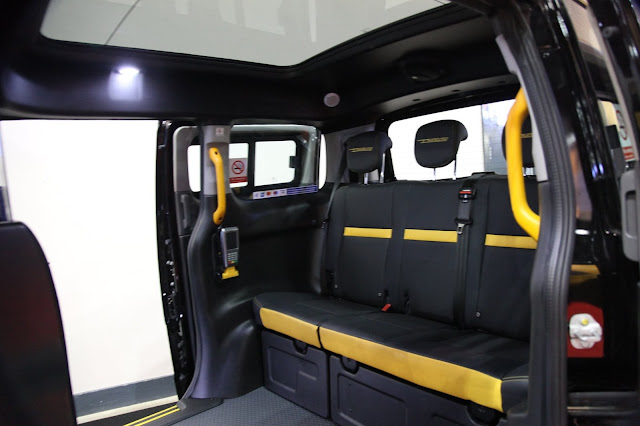 The sliding doors are manual, and are extremely easy to operate, so no need to advise passengers not to touch.
Remember this is Nissan....those of you who have been in the trade long enough to remember, the Nissan engine was one of the best engines we've ever had in a Taxi, and we've not seen its like since it was replaced with the move from the FX4 Fairway to the TX range. 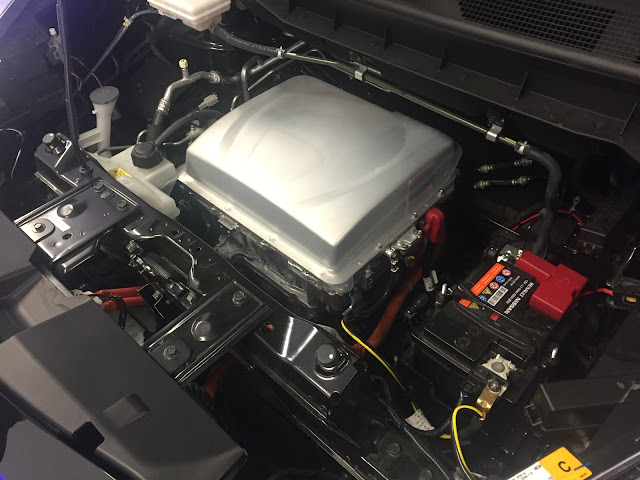 This new vehicle has been a long time in the coming, but unlike other manufacturers, Dynamo have refused to release a vehicle that wasn't ready, under researched or would have to be upgraded shortly after its entry into the market place.
It comes with the added bonus of hindsight from the Osaka experiment.
This was an experiment that took place in Japan, with an earlier Nissan electric Taxi, which gave the manufacturer greater insight of the needs for a sustainable working model.
The batteries used in this new Dynamo model are at the pinnacle of technology, with a range on full charge of 175 miles, but realistically with heater, lights, wipers and AC, this could drop to around 135 miles. The vehicle is covered by a comprehensive warranty of three years, with batteries covered by a separate warranty of five years. 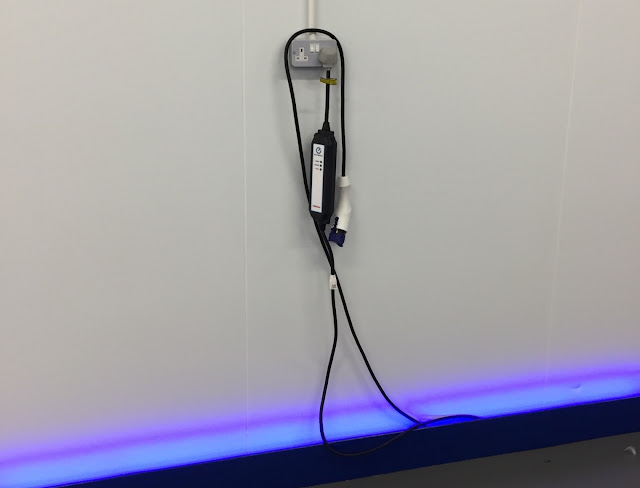 One of the very best attributes of the Dynamo, you don't need to have your home electrics upgraded.... no need for a council grant to install a special charging point outside the front of the house or garage....this vehicle can be plugged straight into a 13amp household socket, to be trickle charged charged over-night, or if you're a night man like me, during part of the day (8 hours).
You can however use a fast charger to top the battery up to 80%, should the need arise. 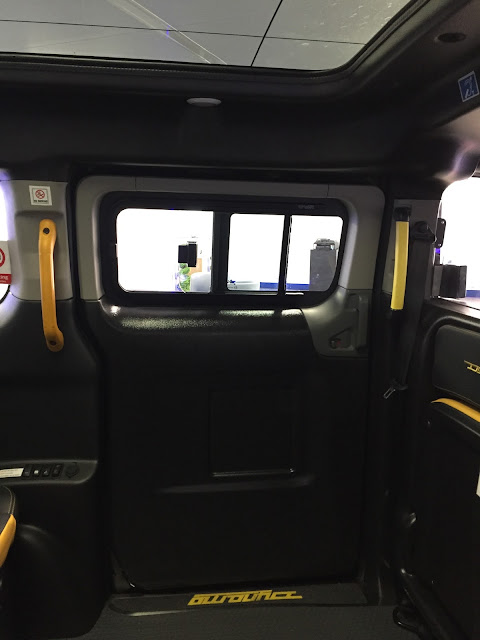 Unlike the Vito, the Dynamo has a sliding window panel which the passenger can open should they feel the need for ventilation. 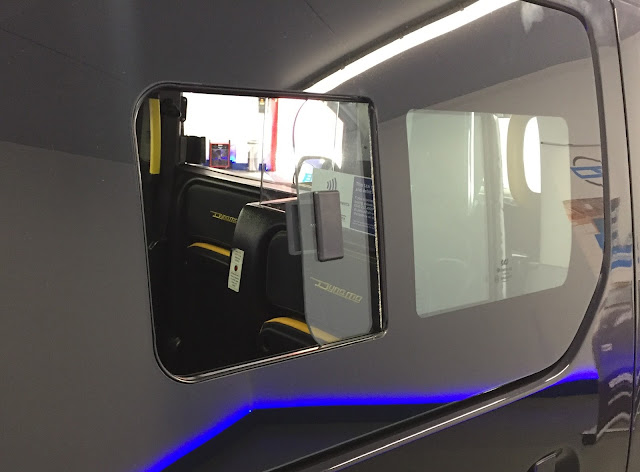 The research that's been carried out on all working parts of the Dynamo have been extremely comprehensive. Take for instance the front steering rack, researchers completed 58,000 figure of eight turns at speed to test the reliability of the newly engineered unit.
Also the sidestep has been tested under 50 feet of water in a swimming pool, to gauge if it would be affected in inclement weather conditions. 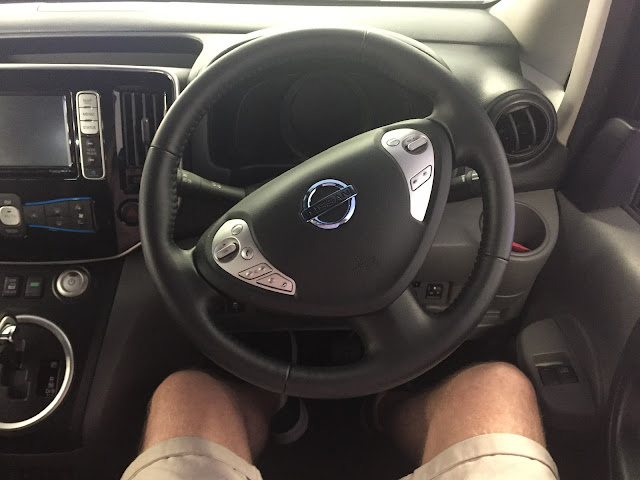 The vehicle as a working Taxi is very comfortable, I'm 6 feet tall and felt I had plenty of leg room.
Servicing
Service intervals are 18,000 miles and at £50 for the small service and just £75 for the major service...very affordable.
Moving on from the pros... to the cons:
It's not going to be everyone's cup of tea, being compact and returning to 5 passenger seats instead of the Vito and TXe 6.
The ramps, like the Vito, are stored in the boot.
The floor of the Dynamo is slightly higher than the TX4, but like the Mercedes Vito, has a similar automatic step, which is a useful feature.
The spare wheel, again like the Vito, is an optional extra and fits neatly underneath the rear of the vehicle.
Fitted rear carpet is also an optional extra, but my person preference would be the rubber flooring which is easily cleanable in the event of a nasty spillage.
And that's about it for the cons.
TAXI LEAKS EXTRA BIT :
Paula at North West Taxis, has put together a financial package that will enable drivers to fully purchase the Dynamo over a five year period, with no final ballon payment.
No deposit with payments working out at approx £220 a week.
With an on the road price of £47,995, I believe this is a serious contender for the trade.
With the average driver currently spending £20-25 a day on a 5 day week, and with the Dynamo costing roughly £20 a week in electricity costs. This is a real saving on expenses, which to most purchasers would see this vehicle as very affordable, compared to the opposition. 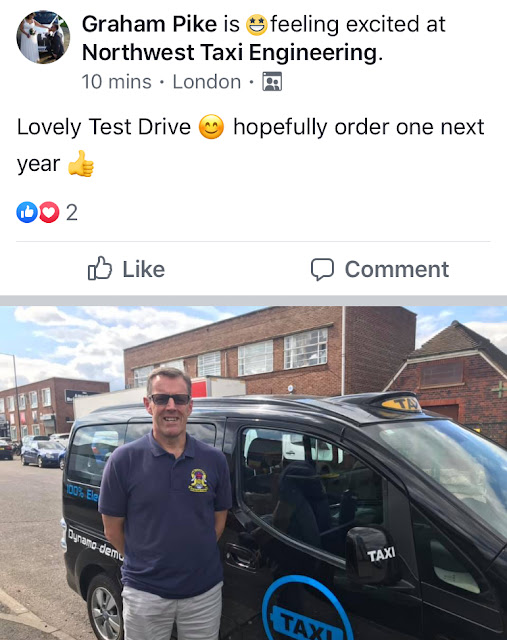 IF YOU ARE A RMT MEMBER :
The Nissan Dynamo Taxi will be available for inspection and test drives at our next Branch Meeting.
Thursday 11th July @ 8.15pm, Lucas Arms, Grays Inn Road.
Posted by Editorial at 9:02 PM

If it sounds too good to be true, then it probably is! If this is really the case then this is the vehicle to save the black cab trade. Don't want to hold my breath but I'm hoping this is true, then it is certainaly the best news to come along for the trade in a long while.

The single most important question.............
When will it get Type Approval from TfL and actually be licensed for London?

I know the sales patter said the cab would be owned freehold after 5 years. But, £220 a week for 52wks a year. Not including insurance, and all the other running costs. The diesel savings will need to go towards all the extra payout. Not the drivers pocket, god forbid. You can tell, that none of these suppliers to the trade have any idea how stressful it is trying to make big money on the cabs. Week in, week out. New drivers are yet to get jaded by years of long hours. 5 years of hard labour, in which time TfL will continually move the goal posts. Will change their cheery demeanour, into a grey skinned, mis og. How many hours are cab drivers supposed to work?. That is the question TfL need to answer. There are 168 hours per week, and a lot of the drivers will be running out of hours soon.
When crossrail begins, who is going to sit in the Mayors manufactured traffic jams. When they can get across London, and out to the airport, Canary Wharf, the suburbs etc. Even us cabbies wouldn’t.

She"s a beauty! Sounds efficient, looks great, charge at home on normal plug, saves you money! So, in that case, ,,,,,,,,,i can"t see tfl wanting to have anything to do with it, unless,,,,a nice fuel filled lunch can be arranged, good food, plenty of celebration bubbles flowing, and ,,,whats that big fat brown paper bag under the table?

Sounds reasonable but I bet McNamara and all the other low life's at the LTDA are against it.
It's not a done deal.

Am I right in assuming there is no a/c for passengers, just the ability to slide open a window.

It’s a good drive better than txe. Problems with window buttons slamming against your right leg! Intercom button behind you! It’s cheap plastic design feels like a toy car to the merc just does not feel as solid! I will wait on Mercs model.