Are MyTaxi About To Drop Taxis From Its Business And Work Closer With Rental Cars? 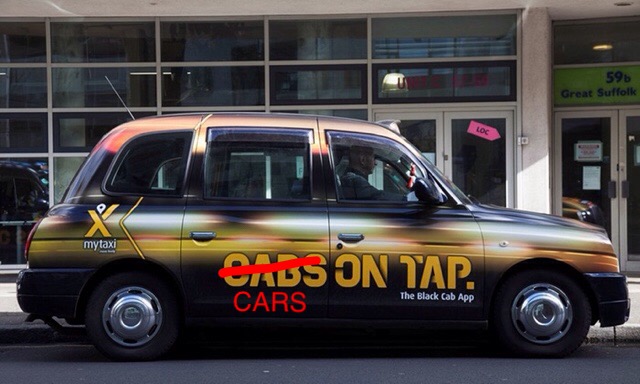 A meeting took place last week with MyTaxi stakeholders and according to those who participated, it's not a matte of if, but when.
MyTaxi are looking to offer a cheaper service to customers and say they can only do this by offering cars that at not restricted on price by regulation. 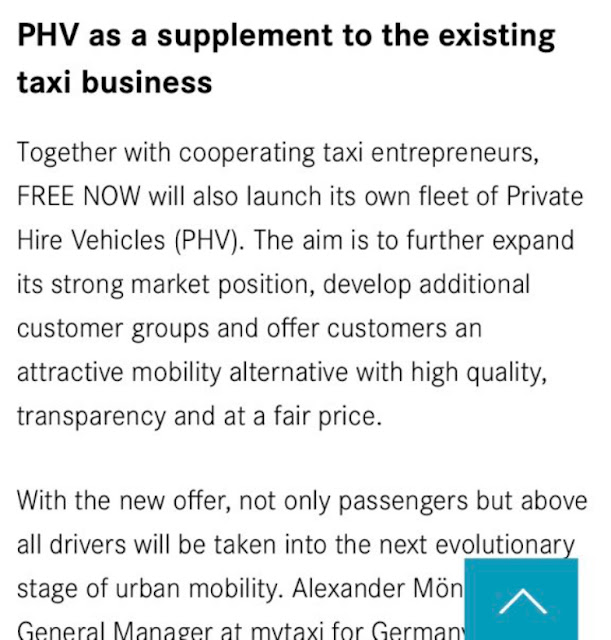 From a Dutch Transport magazine
VIEW ACROSS THE BORDER: HAS THE MYTAXI APP GIVEN UP THE TAXI?
This summer the taxi app myTaxi changes under the influence of the mobility cooperation between Mercedes-Benz and BMW to 'Free Now'. Then myTaxi customers in Germany can also order a rental car with driver (Mietwagen). In the meantime, according to our Taxi Times colleagues, the Daimler daughter makes no secret that the taxi has no future for them. MyTaxi never became active in the Netherlands and Belgium, but in a country like Ireland, for example, this quickly became the dominant partner of the taxi sector. Here myTaxi is also the first to introduce a little customer-friendly payment of € 5 for 'no shows' - customers who do not show up.
Taxi Times noted the myTaxi plans during a business meeting last weekend. About 50 taxi operators, almost all of whom work with myTaxi, came together for the second time for a strategic briefing about whether or not to stop working with myTaxi.
In the beginning, some entrepreneurs told about a meeting with myTaxi two days earlier. myTaxi said there that the app was going to do business with rental car operators (less strict regulations than taxi operators) to perform the journeys offered to them via the Free-Now app. It was striking that myTaxi - which, among other things, our Eastern neighbors seemed to have a very good relationship with the taxi sector - did not support the massive demonstrations against the deregulation plans of Minister Scheuer. Now the taxi sector knows why. The app drops them.
The myTaxi people told taxi operators that the number of orders for taxis was falling and that they fell behind their main competitor Uber, which is only active in five cities in Germany. But adding (also) rental cars to the app could solve that. The myTaxi people acknowledged that this is not good news for the taxi sector. By working with rental cars, myTaxi can offer lower prices than the fixed prices of the taxi sector.
"MyTaxi and therefore Daimler is preparing for a price war with Uber with Free Now," said a Munich-based taxi operator with a large number of taxis. Another taxi company told how he wanted to convince him to work together as rental car partners: “Register a rental car because the return obligation (rental cars must return to their garage in Germany before they can take on a new job - ed.) Will be in government plans anyway to disappear."
After these messages, it was clear to the business meeting participants that the question was not whether the collaboration with myTaxi would be terminated, rather when. Many participants in the meeting immediately wanted to break up with myTaxi and introduce the customers to a real taxi app.
Other participants, on the other hand, expressed the fear that many passengers did not know the alternatives - such as the Taxi Deutschland, Taxi.eu and Cab4me app. At this point the participants agreed to remove the myTaxi advertising on the doors and in the interior and to hand over advertising material about the real taxi apps to the passengers instead. Representatives of the two largest taxi centers in Munich, Isar Funk and Taxi München eG, agreed to keep this advertising material available to taxi operators at different locations in Munich.
Because many of the current taxi operators only offer myTaxi their drivers as a 'delivery center', they are now urgently looking for alternatives. A large number of other taxi companies have already canceled their cooperation with myTaxi. The larger taxi companies are expected to do this collectively for their affiliated taxi companies.
• Does myTaxi - soon Free Now - prefer to do business with rental car ('Mietwagen' -) entrepreneurs than with taxi companies? 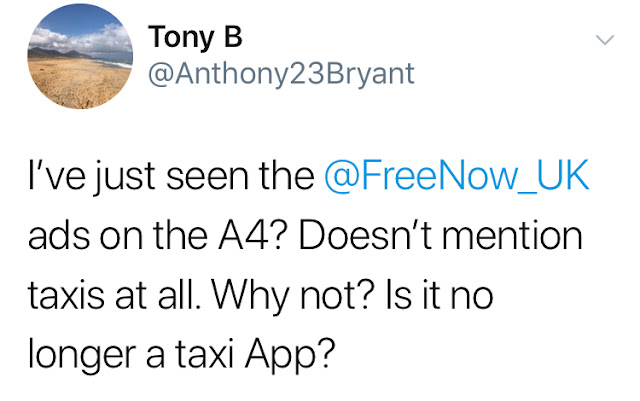 Posted by Editorial at 6:27 PM

This is what they do. Build up there business on the backs of real taxis the shaft the real taxis. Also when a real taxi mobilising system builds up, they sell out to the scum mini cabs who cockroach on our business. All taxi need to get on one system, their own one run as a cooperative with safeguards to prevent a sell out and no big business interests. So far TaxiApp UK looks promising. I spoke to one of the founders recently, seemed like a decent chap that genuinely wants the best for the trade.

It's clear that these foreign app owners don't understand the business between Taxi drivers and private hire or the bad feelings that each generally feel for each other. It's like an armament factory wanting to supply arms to both sides in a war. Clearly they care for profits only, not realising you cannot bat for both sides. Let's get an app going for London Black Cabs only.

This is probably one of the reasons they are changing their name. At the end of the day, they are looking after themselves, not the taxi trade. This is the nature of corporate business. It is not about the workers, but the money and sure enough they will want to make more by any means possible, even if they destroy the real taxi trade.

Hugh Bar at 7.32pm. There is an app up and running by a cooperative, it is TaxiApp UK. The thing is for us to be all powerful and successful we would need all taxi drivers to actually get on one and ditch the others. And we would need the app cooperative not to sell out. Its rather like a union, it would have no power if only a handful of workers actually joined up or if the workforce were not united in the common goal and good. The problem is many cab drivers are staunchly independent for themselves, that is the nature of why they became self employed in this in the first place, to do their own thing. But they need to wake up and realise that we will be beat if the competition unite as they are doing.

But tomorrow’s another day all the mugs will be logging in providing the enemy with armour...go back to the beginning of Uber inviting black cabs to the platform to allow the public to see the comparison only to shaft the black cab.honestly it amassing people sign up to do the knowledge god only knows what these folk see as the future in black cabs the industry is flooded and it’s a race to the bottom

I still pull onto ranks where the driver on point tries to broom off the fare because he is going home, DONT PUT ON RANKS IF YOU CANT FACE A SURPRISE

AND DONT LOG ONTO APPS IF YOU ARE NOT CONVINCED THE OPERATOR WHOLLY OPERATES IN THE TRADES BEST INTERESTS (there are currently 2 im my opinion who fit that description like a glove) but sadly I know how desperate some drivers are for a shilling at any cost and they all know who they are too.